Warmer temperatures this week have provided suitable environmental conditions for dollar spot (Sclerotinia homoeoecarpa) development on fairways. We are now beginning to see a late season surge in damage as we enter the autumn months. Thinking back to the beginning of the 2010 season, we set out to investigate the effectiveness of early season dollar spot programs and if you look (Figure 1) we are able to see the progression of the disease at a variety of different locations surrounding Chicago. So I ask, was it worth it to spray early in April-May? At our locations for this year’s Biorational study, ranging from North Shore Country Club in Glenview, IL Coyote Run Golf Course in Flossmor, IL and Briar Ridge CC in northwest Indiana, it is evident that the disease failed to take off until the middle of summer. 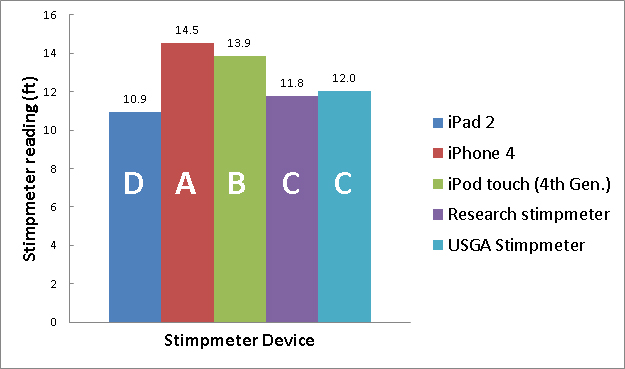 Treatments are being applied at 14 day intervals at label rates and the plots at all locations are scouted weekly. If disease infection centers exceed an average of 5% area affected a curative application of 3.2 oz of Daconil is applied over the biorational treatment. We are able to understand the effectiveness of the different treatments by comparing visual quality, percentage of disease, and number of curative fungicide applications. Our goal is to reduce fungicide use and maintain turfgrass quality at levels required for fairways.

Results (Table 1). At Coyote Run GC, we have been able to maintain the Dew Cure treatment below the 5% threshold without applying a single curative application of Daconil! At this location we were also able to see a recuperative effect within the Urea treatment, only requiring a single application. At North Shore Country Club we were able to reduce the curative applications by two when using DewCure. All other plots required the same amount of curatives, four apps. At Briar Ridge with DewCure, we were able to reduce the number of curative required by one. At Briar Ridge we did observe phytotoxicity by DewCure. On August 10 an application of all products were made at a time when temperatures were 90+ degrees and turf was entering drought stress. This resulted in severe injury by DewCure alone.

These biorational products may play more important roles in disease management programs as we continue to progress into a reduced input future. As we continue to learn and understand the benefits and limitations, superintendents will be able to make better and more informed decisions. We may as well investigate alternatives now before we run out of options.

The final picture shows a plot treated with Dew Cure resisting dollar spot without receiving any curative applications during the summer of 2010 at Coyote Run GC. 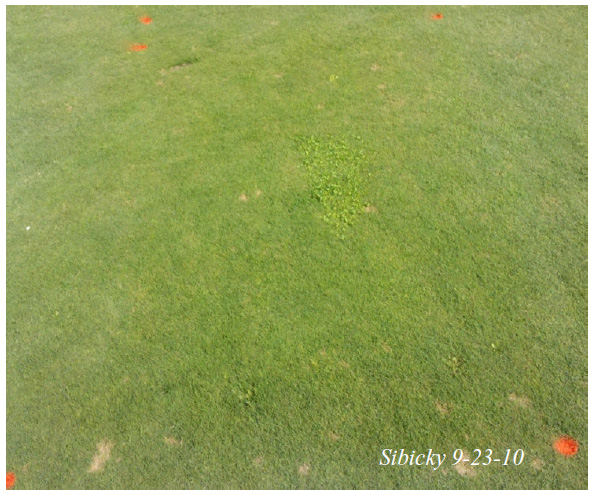 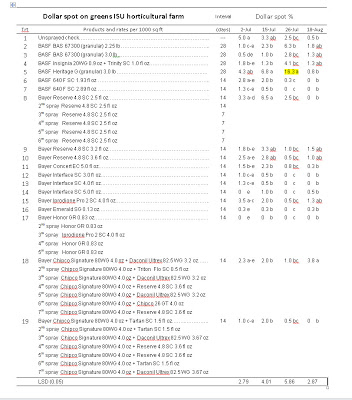 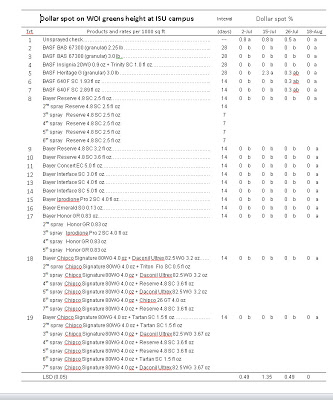 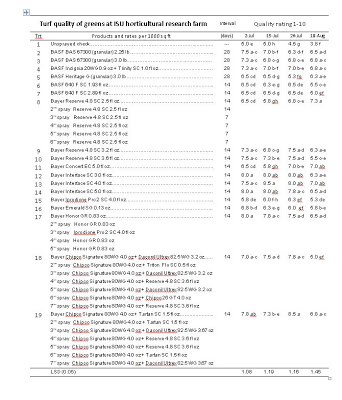 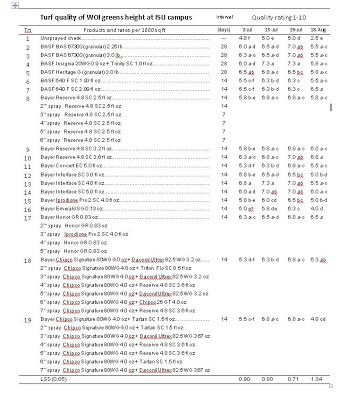 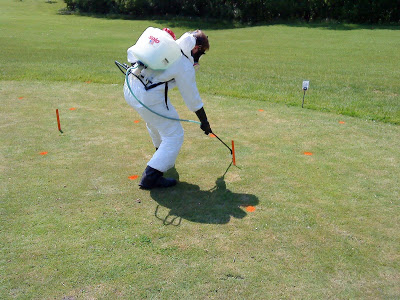 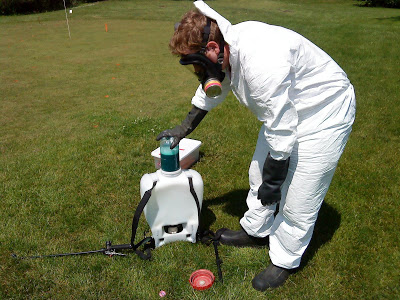 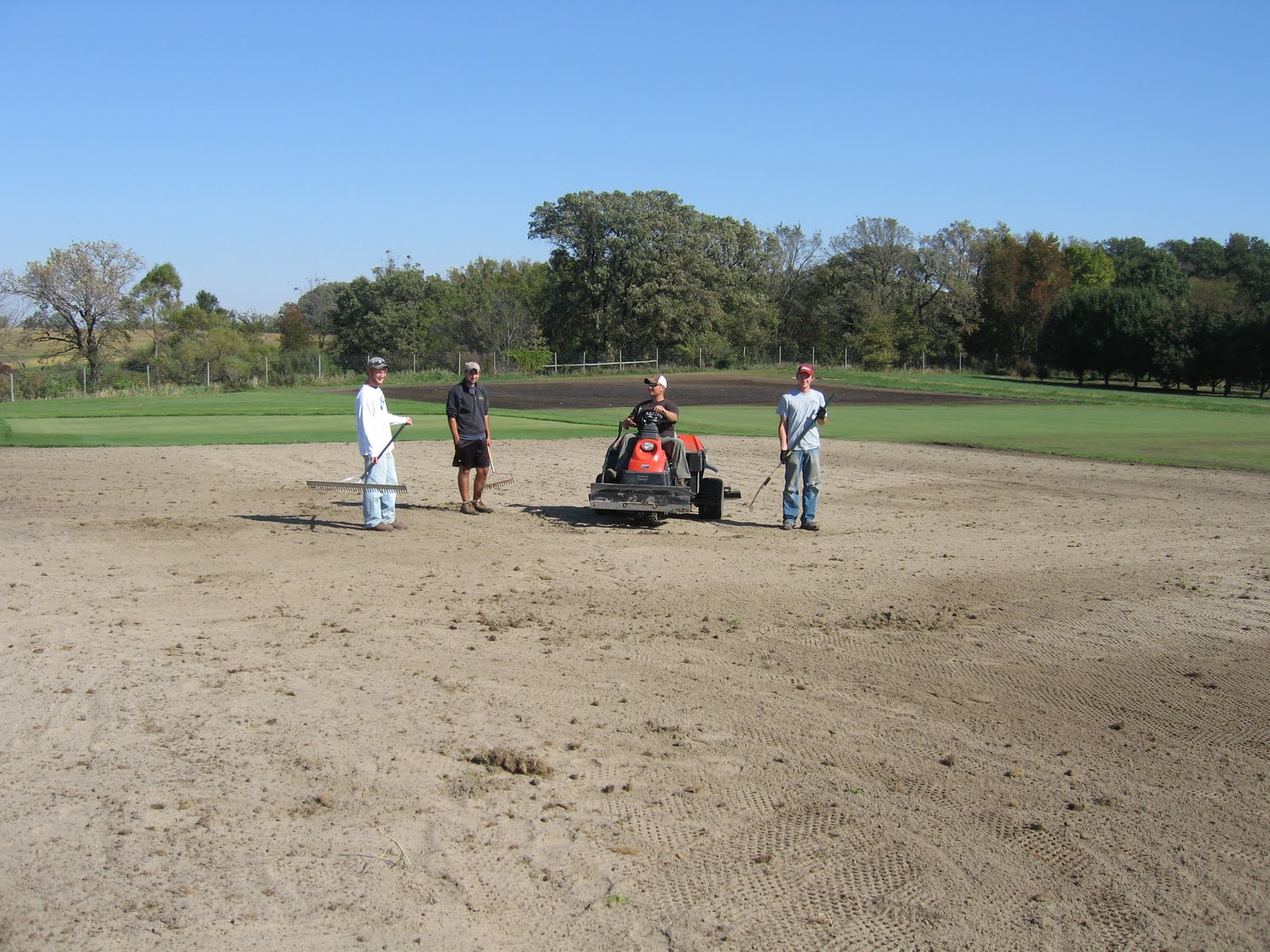 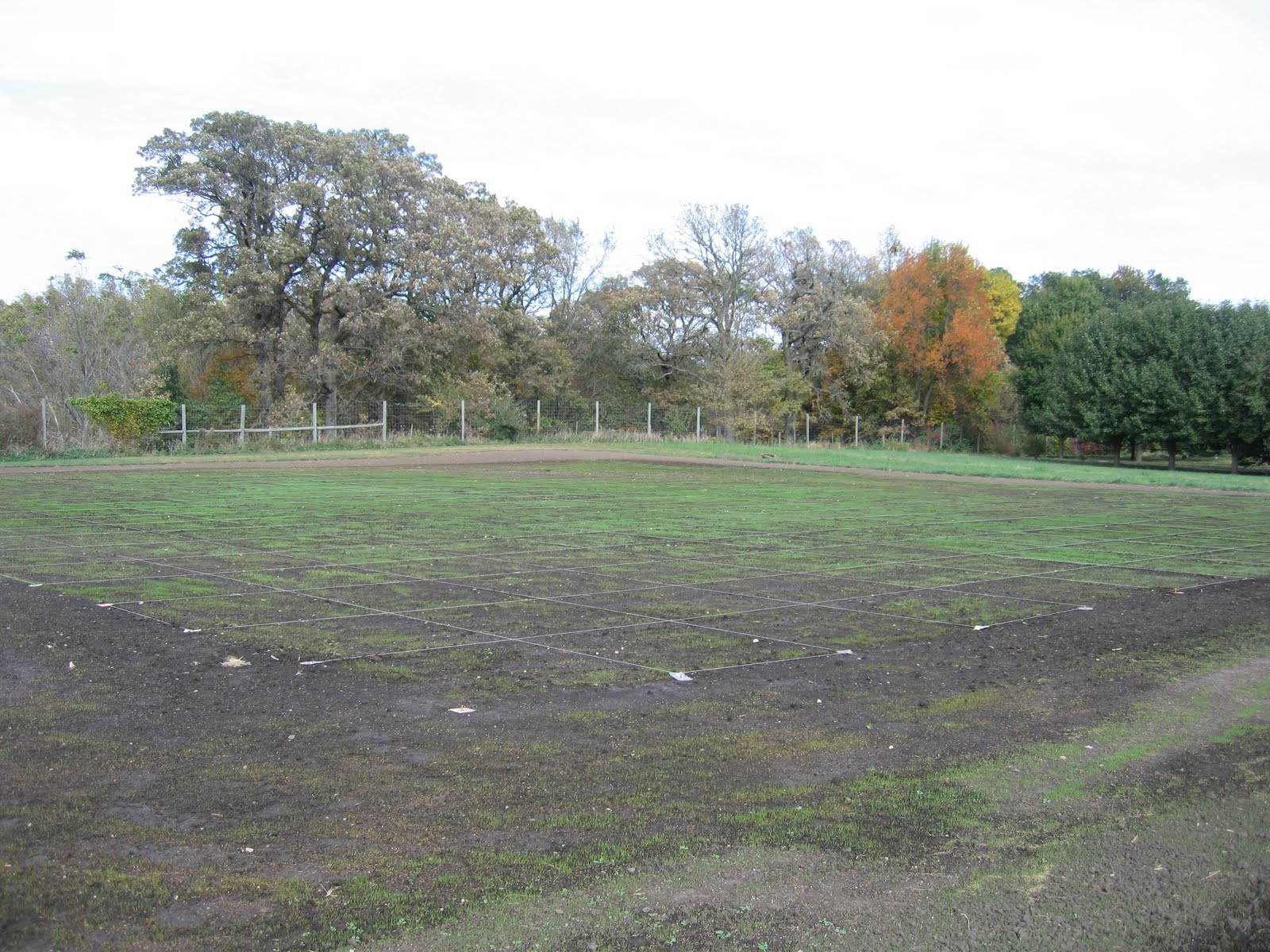 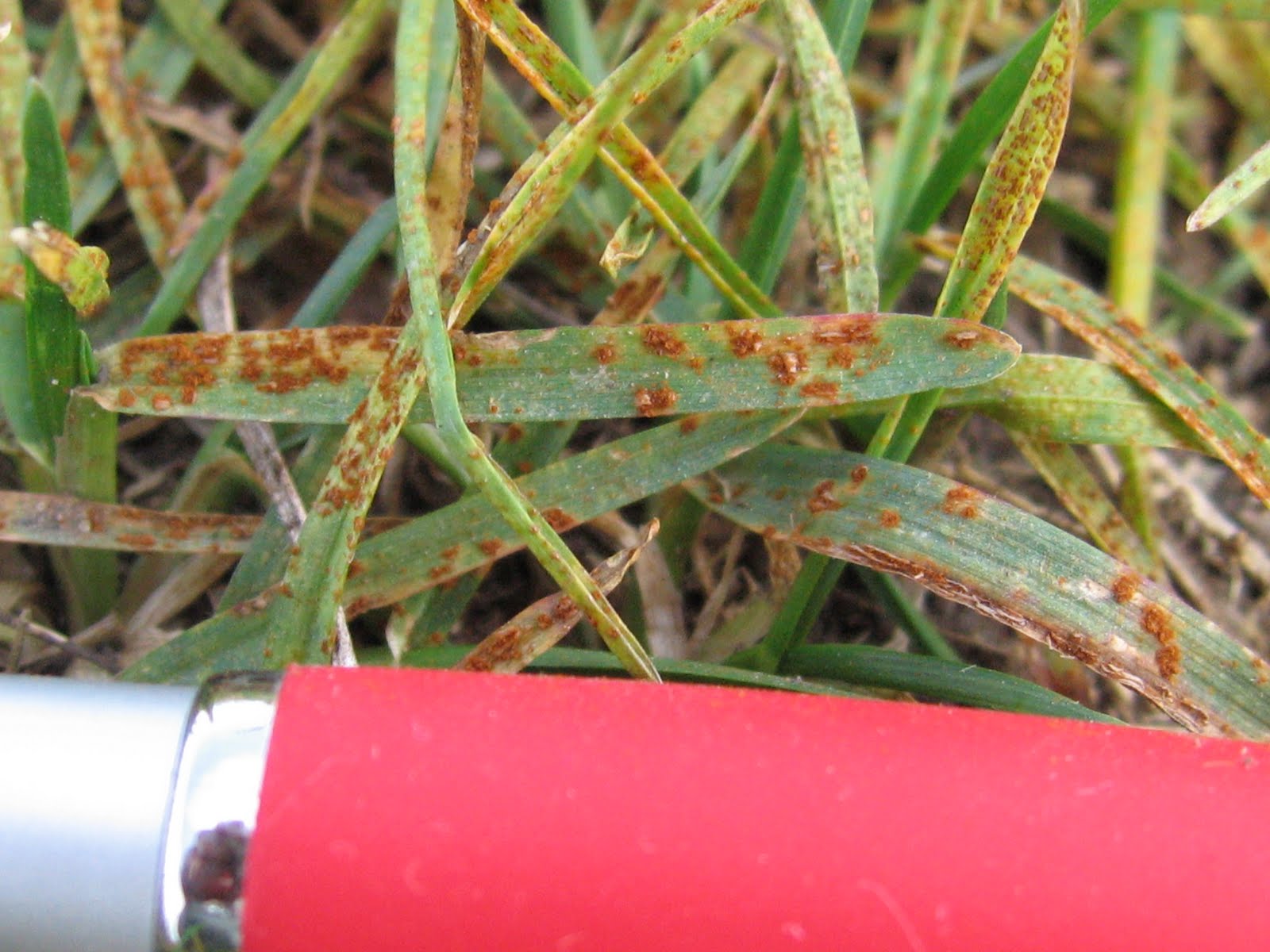 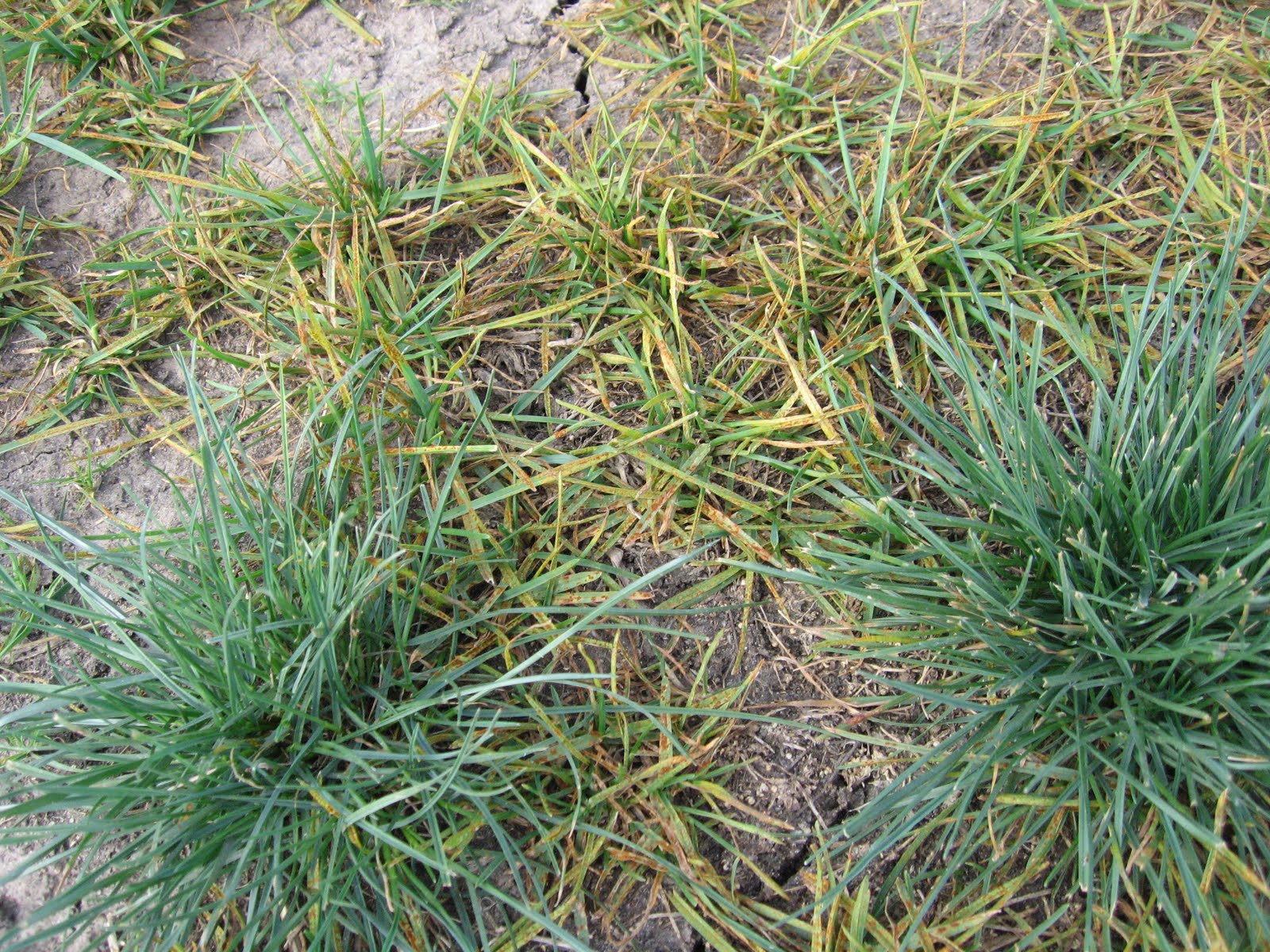