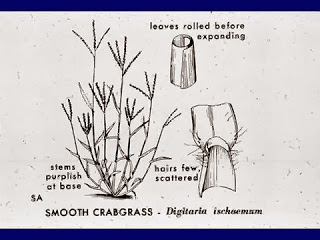 The two pictures below are from Tim Christians at Makray golf course in Chicago. It has been very wet there and night temperatures have been high. He is seeing a lot of Brown Patch on greens and Pythium on bluegrass along the fairways. The fairways are bentgrass and they have been treated with phosphites to prevent Pythium. He is reporting a lot of success with phosphites the last two years for Pythium controls. I was a little nervous about relying on phosphites, but I cannot argue with success.

I had some other calls about brown patch earlier in the week. We had a lot of brown patch at the research station in June, but I usually don't expect it in early August. By Thursday, however, we were seeing a lot of brown patch on our bentgrass cultivar trial at the station as well. It must be the saturated conditions.

For some reason we are getting surprisingly little dollar spot at the station this summer. Last year we had plots loaded with dollar spot all summer. This year I had graduate student Derek York start a study on dollar spot. As would be expected, we have almost no dollar spot in the study area. Next year we'll do a study on saturated soil conditions and we'll get a drought.

I can report that our crabgrass work is doing extremely well at the research area this summer.

I have had a lot of questions on water grass lately from homeowners. As many of you know, there is no such thing as water grass. They are generally referring to crabgrass and other annuals that take over in wet weather. There are a lot of people out there who did not put on a preemerge this spring and are interested in the services of a good lawn care company next year. 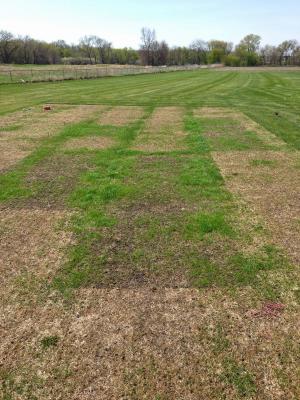