Ground Ivy, or “Creeping Charlie” is probably the most difficult perennial broadleaf weed to control in Iowa. It is an excellent indicator of compacted and poorly drained soils. Ground ivy reproduces by seed and also by rooting on its creeping stems. It was first introduced to the United States as a ground cover alternative in shaded areas. However, its extensive runners (up to 5-10 ft. long) not only began out-competing lawn grasses in the shade, but it quick spread rapidly into full sun. 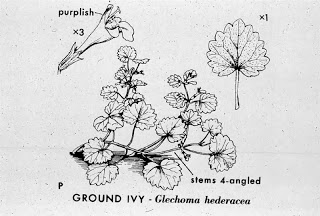 Ground Ivy is easy to identify with its distinct square and prostrating stems, which readily root at the nodes (as seen to the right from the Scotts grass manual).  The leaves are round to kidney-shaped; borne on a short petiole.  When crushed or mowed the leaves give off an aromatic minty odor.  This aromatic odor often characterizes the Lamiaceae or “mint family” and contains many household cooking spices such as basil, rosemary, and peppermint. Ground Ivy has bright green leaves on an opposite leaf arrangement. The bluish-purple, trumpet-shaped flowers usually appear in May.

The best time to treat ground ivy with postemergence herbicides is when it is translocating carbohydrates deep underground in the late fall and maybe even as late/after the first frost. The late fall application will not yield visible results until the spring. Repeated applications and persistence over multiple seasons may be required for complete control. Even with complete control there is a strong possibility it will move back in rapidly from a surrounding area. A combination of postemergence herbicides containing 2,4-D, dicamba, MCPP and triclopyr provides the best potential control. Below you will find a few additional pictures. 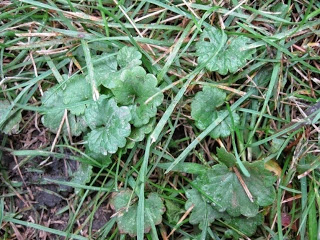 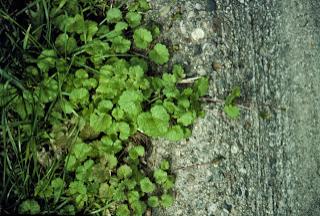 The objectives of this experiment were to 1) evaluate 3 different herbicides for their ability to control creeping charlie/ground ivy and 2) determine whether that ability could be improved through tank mixing with an additional herbicide from a different chemical class labeled for ground ivy control. 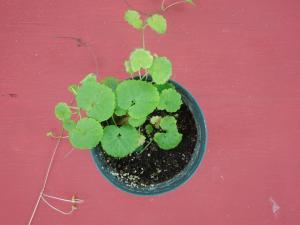 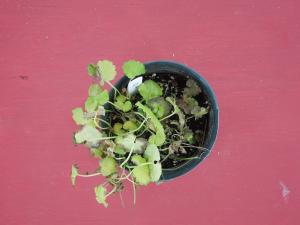 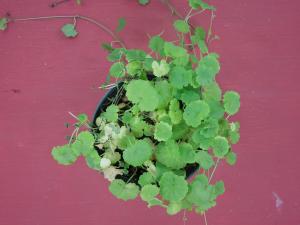 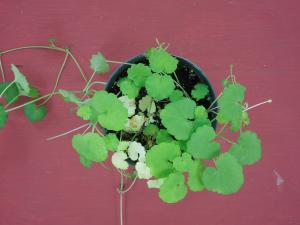 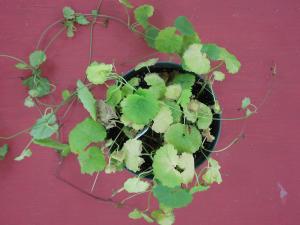 Image 5: Ground Ivy 10 days after being treated with both Triclopyr and Tenacity 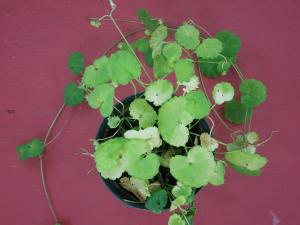 Image 6: Ground Ivy 10 days after treatment with Triclopyr and Pylex

When looking at the above images, it is easy to see the effect these chemicals have on the plant. Tenacity and pylex (trt’s 3 & 4) are both class 27 herbicides (pigment inhibitors). These chemicals are known for their ability to inhibit chlorophyll production, resulting in a bleached/white appearance on the leaves. It is important to note however, that the bleached appearance just means that the plant is affected by the chemical, and does not always guarantee control. In contrast to this, triclopyr, a class 4 herbicide, is known for its plant growth regulating activity. This is evident in the 10-d post treatment photo for treatment 2 above.

According to the label for both pylex and tenacity, these chemicals can be tank mixed with an additional broadleaf herbicide, such as triclopyr. That was the driving force for this experiment. When reading the label however, it is unclear whether this tank mixture will increase in its effectiveness in controlling hard to kill weeds such as ground ivy. What is clear when reading the label, is that when applied in a mixture, the effect of class 27 herbicides on plants can be altered in the form of less bleaching occurring.

Depending on who you talk to, the bleaching of plant leaves as a result of application may or may not be a favorable trait. To some, it is viewed as an indicator of progression, and that the chemical is working. Others may view it as a side-effect that could be deemed esthetically unpleasing. For those that fall into this category, tank mixing with an additional broadleaf herbicide may be a way to remedy this.

While it is hard to say at this point in time, it does appear that the triclopyr addition to the tank mixtures is beneficial. While there is less bleaching occurring on an individual leaf basis, a larger number/bigger surface area of the treatment 5 & 6 pots appear to be affected compared to the treatment 3 & 4 pots, respectively. I will continue to let these samples persist in the greenhouse, and hopefully we will have a more definite answer down the road.

This post is an update on the ground-ivy control experiment which was featured in a blog post a while back. For those of you that read the original post, you will remember the objectives of this experiment were to 1) evaluate 3 different herbicides for their ability to control creeping charlie/ground ivy with a single application and 2) determine whether that ability could be improved through tank mixing with an additional herbicide from a different chemical class labeled for ground ivy control. I mentioned towards the end of that blog that I would allow the plants to continue to grow out, which would hopefully clear up the results. Samples in this experiment were starting to show bleaching of the leaf tissue at the time the original blog was posted, however, it was difficult to tell whether the herbicide tank mixtures were increasing ground ivy control.

In the last post, I referenced that it was hard to tell at that time whether the triclopyr addition to the tank mixtures was beneficial. Less leaf bleaching was occurring on an individual leaf basis, which was in agreeance with the herbicide labels, however, a larger number/bigger surface area of the tank mixture samples appeared to be affected compared to the non-tank mixture samples. After letting the samples grow in the greenhouse for an additional 14-days, we now have a better picture of what is going on.

I mentioned last time that the herbicides tenacity and pylex belong to the herbicide class 24, which is often referred to as the pigment inhibitors. The way they work is by inhibiting the chlorophyll production of the plant which results in the bleached white appearance. The idea behind this herbicide mode of action is to starve the plant, by forcing it to consume stored carbohydrates that the plant is unable to regenerate. When looking at the pictures, we can see that the samples receiving pylex or tenacity only (trt’s 3 & 4) were affected by that application, however, it did not result in full control. Likely what is occurring here is the plant is attempting to grow out of that decline brought on by the herbicide application. If you look closely, you can see that for these samples, a large portion of the leaf bleaching appears to be confined to the younger/smaller leaves of the plant. This is likely due to the fact that these parts of the plant have the highest growth rate. After the herbicide made it into the plant, higher concentrations could have been translocated to inhibit chlorophyll production in those areas of higher growth. While the younger leaves are mostly bleached, the bigger older leaves still have a somewhat green appearance. This little bit of green is allowing the plant to photosynthesize and produce carbohydrates, keeping it alive for the time being.

When looking at the pictures for the other treatments, we can see that the triclopyr only treatment had the most control in the time allotted for this experiment. We will get into why this was towards the end of this post, but what I want to point out are the tank mixture treatments of triclopyr + tenacity (trt-5) and triclopyr + pylex (trt-6). Our original objectives for this experiment included determining whether that addition of triclopyr to our group 24 herbicides was going to increase the amount of control a single application had on ground ivy. After letting the samples grow in the greenhouse following application, I think we have a definite answer.

It does appear that the triclopyr addition to the tank mixtures is beneficial. When looking at the pictures this is evident. The samples that received tenacity or pylex, in addition to triclopyr show an increase in ground ivy control compared to their non-mixture counterparts. Where the treatment 3 and treatment 4 (tenacity and pylex, respectively) samples were able to somewhat tolerate the herbicide application, and green tissue was still present, the amount of green tissue still present in the tank mixture treatments (trt’s 5 & 6) is significantly less. According to this experiment, adding triclopyr to a tenacity or pylex application could result in increased ground ivy control with a single application.

While the results of this experiment demonstrate the adding of triclopyr to tenacity or pylex applications as being beneficial, this should be taken with a grain of salt. A couple of issues with how this experiment was set up, were that it took place indoors (greenhouse) under perfect weather conditions, and that no turfgrass was included to account for possible phytotoxicity that could occur after herbicide application. Phytotoxicity is always going to be an issue when talking about the application of herbicides, especially during periods of drought or high heat intensity. During these periods, extra care should be taken to ensure the herbicide does not harm unintended targets.

Having this study take place in doors under perfect growing conditions has a couple of implications on the results. The biggest of these being the amount of solar radiation reaching the plant. We are very lucky to have the high tech greenhouses that we do on campus, and they make growing samples very easy. One feature of these greenhouses is an automatic shade cloth, which periodically unfolds during the day if solar radiation levels exceed a set amount. This could have influenced our results. Going back to the group-24 herbicides, they are going to be the most effective with a high plant growth rate. If you think about it, this makes sense. If the plant is unable to produce new carbohydrates, due to the lack of chlorophyll molecules, then the faster the plant grows or uses up its existing carbohydrates, the quicker we get control. By having scenarios where the plants may have been shaded, in some cases 3-4 hours a day, the growth rate, and therefore the rate of control, could have been compromised. This situation is important to keep in mind when trying to interpret the results.

In comparison, triclopyr, which has a plant growth regulating mode of action, had a faster rate of control compared to the others. Triclopyr works by excessively increasing plant hormone levels, which disrupts the growth of the plant. This mode of action allows triclopyr to affect the plant at a faster rate than that of tenacity or pylex. This herbicide mode of action does not require the plant to consume its stored carbohydrates, and this is why those tank mixture samples (trt’s 5 & 6) benefited from the triclopyr addition. While the addition of triclopyr did result in a faster rate of control compared to the tenacity or pylex only treatments (trt’s 3 & 4), it would be best to repeat this study outdoors, in order to get an assessment of what happens under true field conditions.

The following are images of the treatments tested at 28 Day After Treatment (DAT): 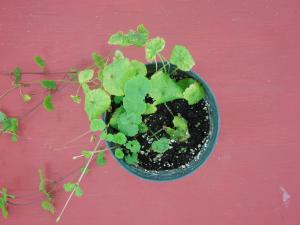 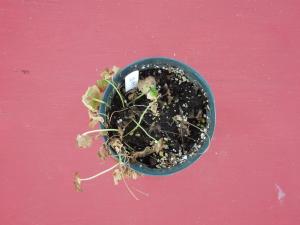 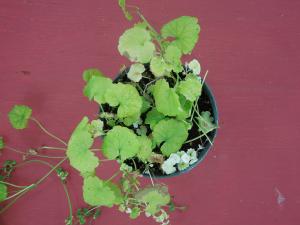 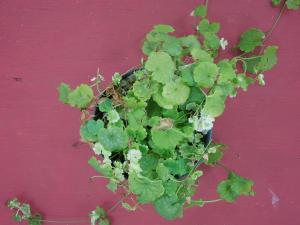 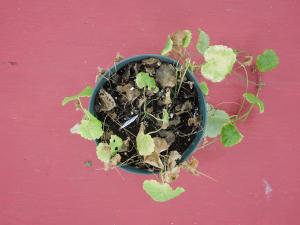 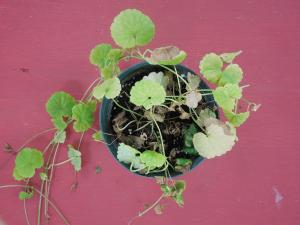