Over the last three to four weeks I have received pictures from Neric Smith at Indian Hills CC (seen below), and also noticed dollar spot on several creeping bentgrass golf course tees/fairways across the state. Dollar spot is caused by the fungal pathogen Sclerotinia homoeocarpa. Generally, dollar spot develops when dew persists on the plant for greater than 8 hours. It is less dependent on temperature, and can develop over a wide range of temperatures (55-80°F). Turf deficient in nitrogen is the most likely situation where signs of dollar spot will occur. The disease gets its name from the silver-dollar-sized blighted areas that appear on closely mown creeping bentgrass. In Kentucky bluegrass and higher cut turf, the blighted area is about the size of a softball. Upon further examination of the turf affected by this disease, you will see an hour-glass shaped lesion in the middle of the leaf blade. The lesion is tan in the middle, surrounded by brown to orange halos on each side.

Active dollar spot infections produce a cottony white mycelium mass that is often evident on the turf during the early morning hours, not to be confused with spider webs. When viewed under a microscope the mycelium will exhibit y-shaped branching and the presence of septum (crosswalls). Pythium also produces this cottony white mass of mycelium but does not contain septum.

There are many ways to control dollar spot. The most important management technique is to increase N fertility in situations where N is found to be deficient. In addition to adding nitrogen; moderating thatch, removing dew, and preventing drought stress will help prevent the occurrence of dollar spot. The risk with many site-specific inhibitors is the development of dollar spot resistance. To prevent fungicide resistance use a rotation of chemicals and avoid repetitive use.

The two pictures below were taken by Neric at Indian Hills. 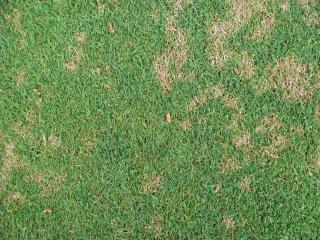 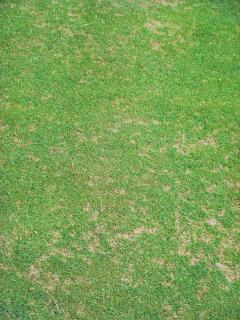 The black cutworm is the most widely distributed cutworm that attacks turf in the United States. Cutworms do not overwinter in Iowa, but are brought up by winds from the south. Once they are established in the spring, they can undergo several life cycles before dying out in the fall. The adult is a dark-colored moth that is often observed fluttering around lights in the summer months.

Cutworms, as the ones seen below, are commonly found in open aerification holes on golf course greens. A close look at the surface will reveal a lot of feeding damage around the holes.  They are often empty because of the feeding of birds. Cutworms are surface feeders and can easily be controlled with insecticides, the most common of these being Sevin (Carbaryl). While the larvae mainly emerge at night to feed, some may be seen on the putting surface during the day time, as was the case with the pictures below that was seen at Cedar Pointe in Boone a few weeks ago. 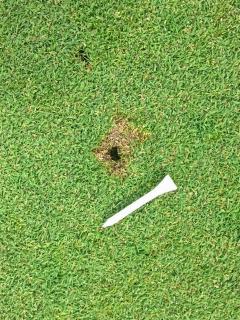 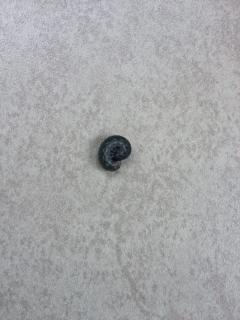 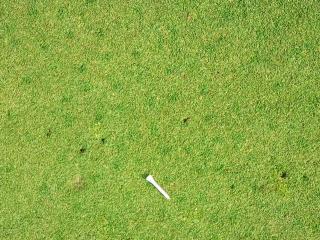