We are just past the halfway point in October and some parts of the state have yet to receive any considerable rainfall this month. After being bombarded with rain during the summer months, the Des Moines area has received a measly 0.03 inches of rainfall so far in October. Their last considerable rainfall event took place on September 25. Depending on what happens the remaining 14 days of the month, October could go down as one of the driest on record. Irrigation systems that didn’t get much use during the rainy summer months are surely being used during this stretch of dry weather. The picture below from the National Weather Service shows that a good chunk of the Midwest is experiencing below average rainfall for October. 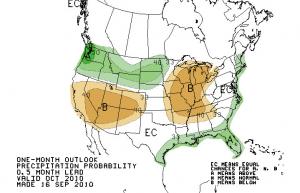 There hasn’t been too much activity (as far as stresses go) at the research station. We still have dollar spot working in some areas and rust and powdery mildew are showing up on Kentucky bluegrass. Grub damage at the station seems to be less this year compared to years past. 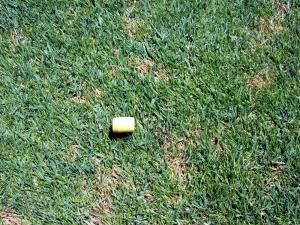 Other than the droughty conditions, the fall months have been conducive for turfgrass growth and recovery. Soil temperatures are holding steady in the high 50’s low 60’s. Those putting down natural organic fertilizers yet this fall, remember that those products require microbial activity to release the nitrogen contained in the product. Microbial activity usually ceases at 50 degrees. The dry conditions could also affect post-emergent herbicide applications as uptake and translocation are not as effective on drought stressed weeds.

I’ll leave you with some pictures of fall.

Regardless of the weather conditions, poa always seems to find a way to thrive. 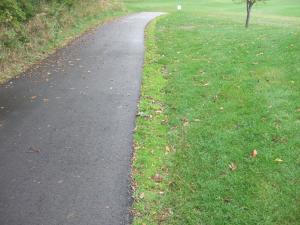 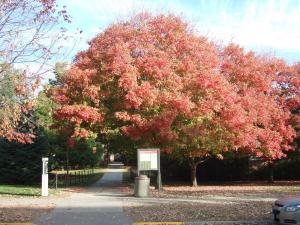 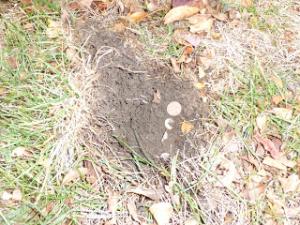 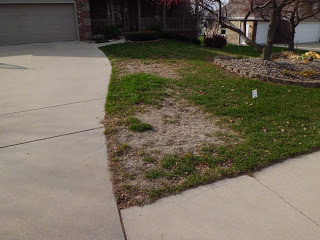 Here are a couple of pictures from Larry Ginger of “American Lawn Care” in Des Moines.  It is of grub damage in Urbandale, Ia from October 24, 2012.  I believe that this is a Masked Chafer grub.

While grub damage is not unusual in Urbandale, the timing is somewhat unusual.  I would expect to see first damage in August and I would expect the damage to be over by early October.  At that time, the grubs generally burrow down about 6 inches in the soil to overwinter.

This is unusually late to see active grubs, but there have been a lot of unusual things this year.  I have had a couple of other calls on late grub activity.  If anyone else is seeing it even later, send me some pictures and some information on it siting so that we can keep a record of it on the blog for next year. 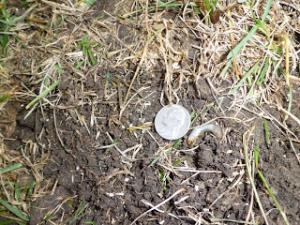 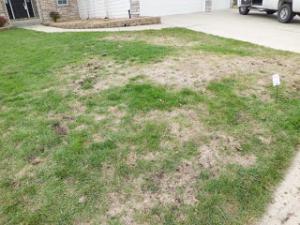 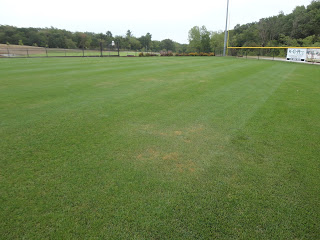 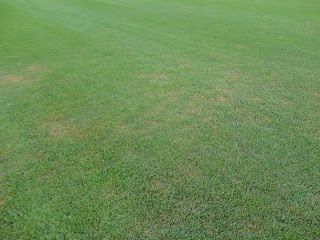 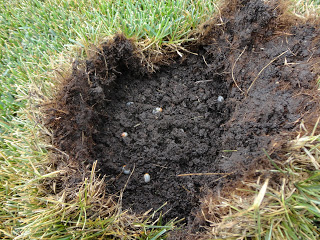 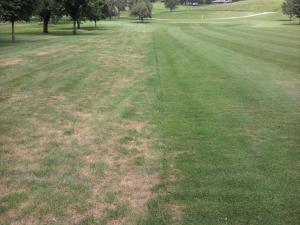 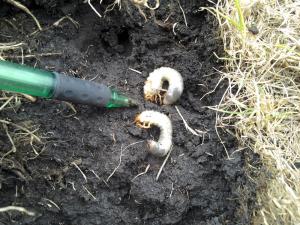 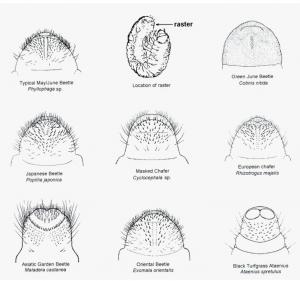 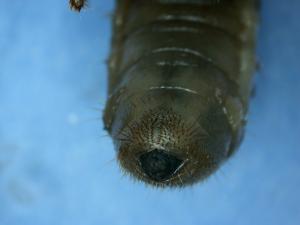 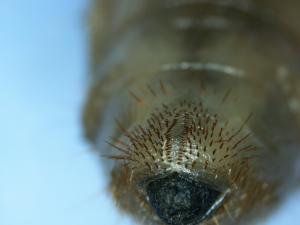 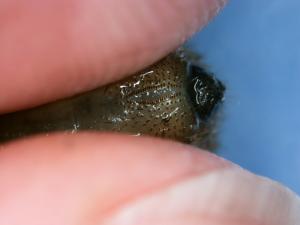 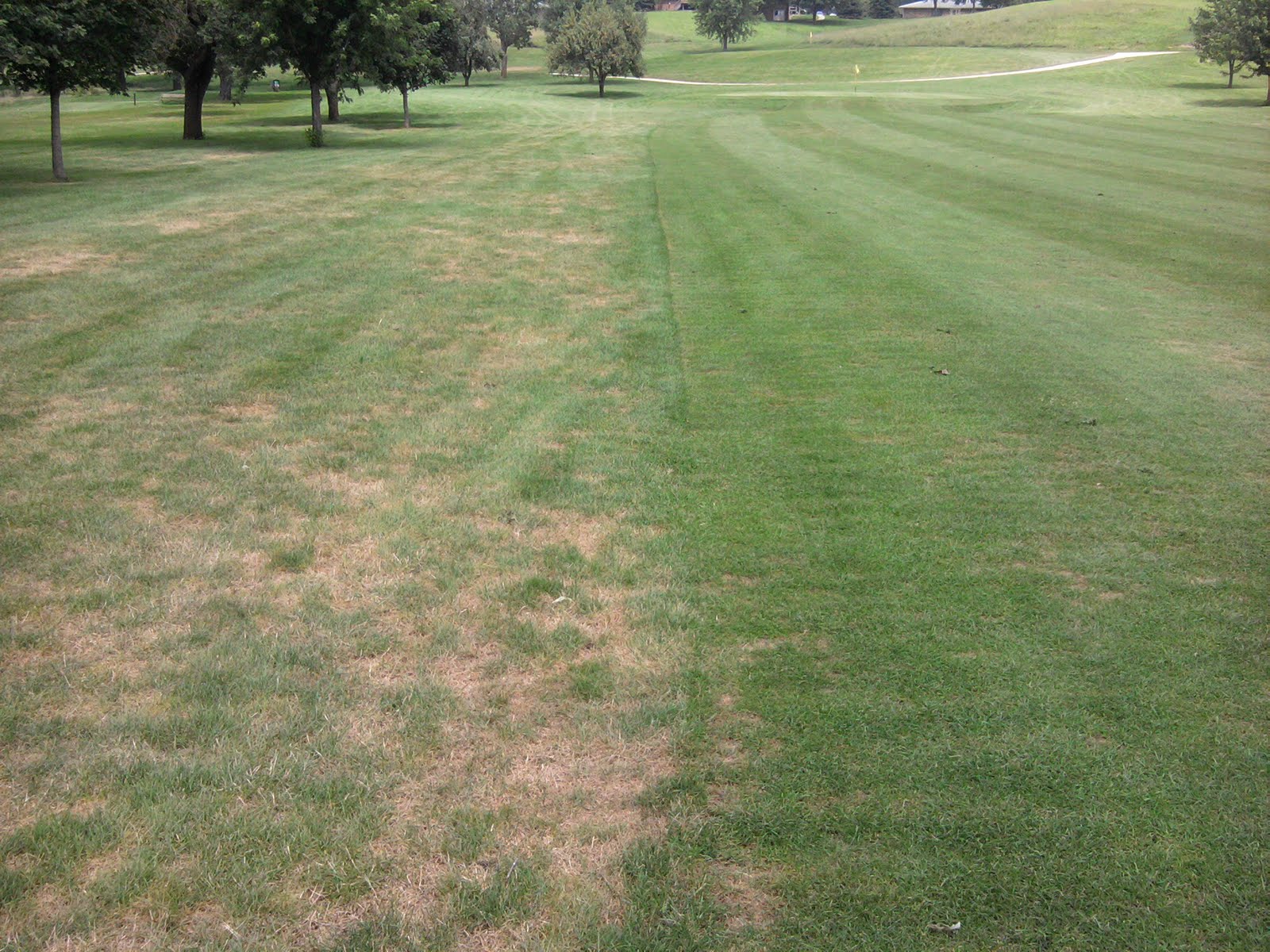 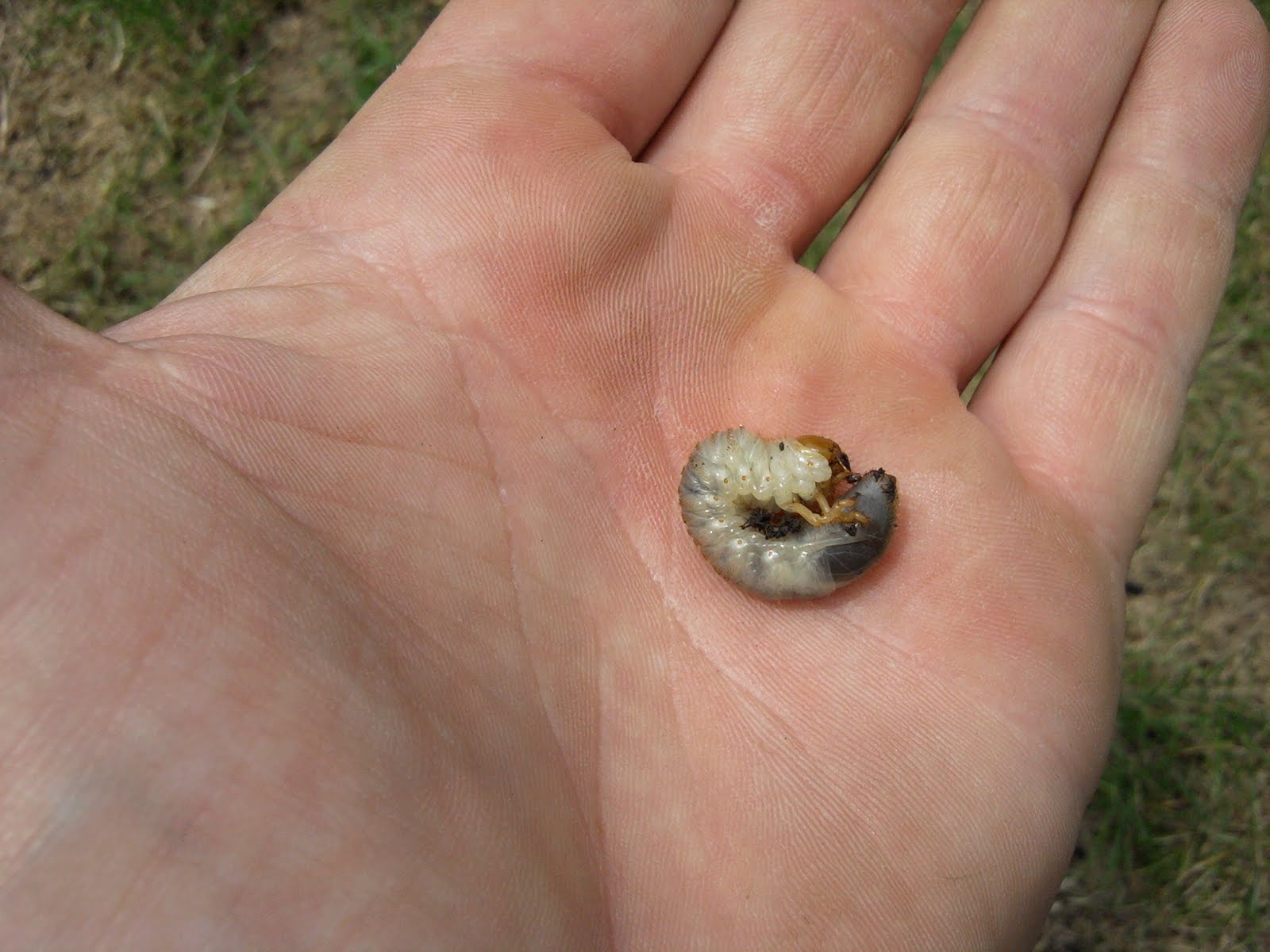 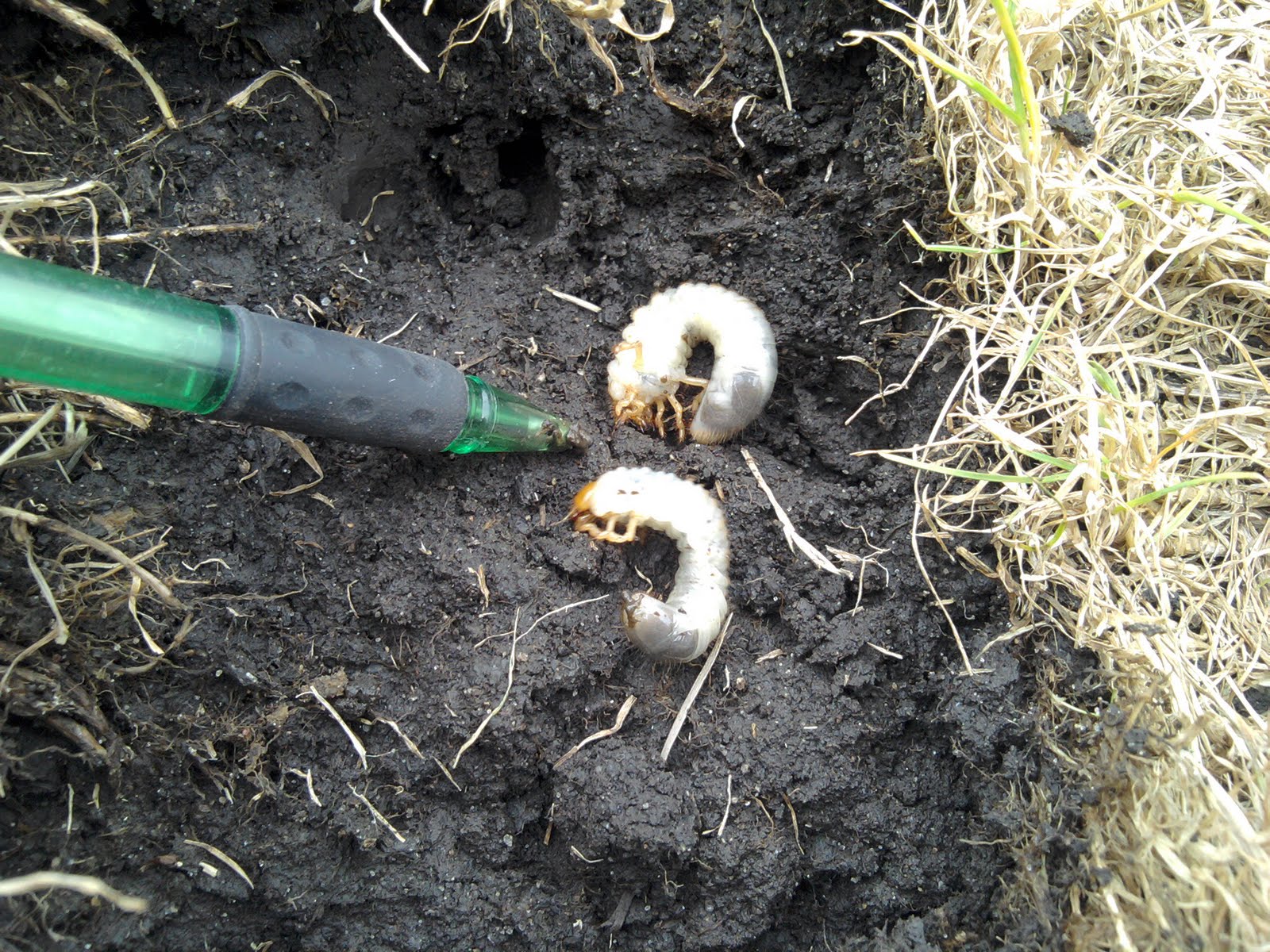 Bluegrass billbug damage and small Masked Chafer grubs began to show up on June 25, 2016 in Ames.  This is very early for this area.  The billbugs were at Veenker golf course on campus.  The small chafer grubs were on a bentgrass green at the research station.  The chafers are too small to do direct damage at this time, but birds are tearing the green up looking for them.  We treated with Dylox shortly after we saw them.

This is the damage from billbugs in the rough at Veenker golf course in Ames. 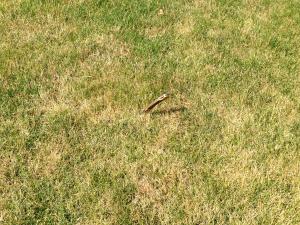 A close up of the feeding damage.  Notice the hollow stems at the base. 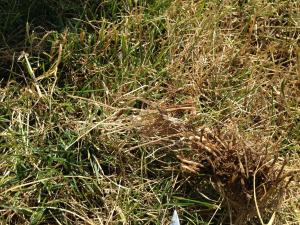 Billbug grub from the damaged area. 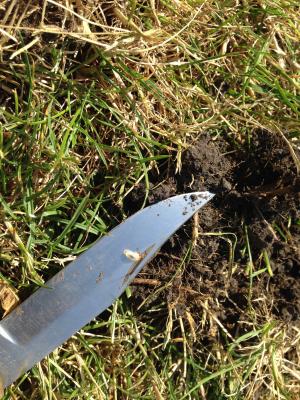 The billbugs are surprising mature for this early date.  I generally wouldn't expect to see feeding damage and grubs that have emerged from sheath tissue for another 3 to 4 weeks.  If you are in lawn care, you may want to scout for them early.

These are the small masked chafer grubs at the research station.  Birds are causing significant damage to the greens surface and we had to treat. 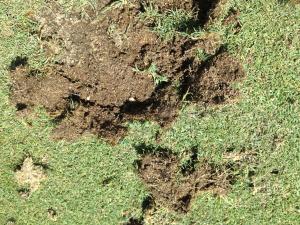 For more information on billbugs see an earlier blog at https://www.extension.iastate.edu/turfgrass/blog/its-billbug-time-again-0