This is a follow up to my post of July 26 on leaf spot damage. By the way, I added a picture of my own lawn at the end of that post. Those of you with leaf spot in turf are not alone.

Yesterday, the 28th, I was asked to look at some lawns in the Polk City and West Des Moines area. What I saw was a lot more leaf sport damage.

On the lawns below, the entire subdivision had been irrigated during the early summer. Just before the heat, the irrigation system went down for a few days. We are just coming off of nearly two weeks above 90F. Some days reached 99 and 100. This is ideal conditions for leaf spot to develop. Even lawns that had irrigation in surrounding areas showed a lot of damage.

At this site, there was a clear pattern. It was the areas exposed to the sun, particularly south facing slopes that showed the greatest damage. This is very severe damage, but it will recover. Typical of leaf spot, the older leaves have died, but the new growth appears to be healthy. I recommended that they fertilize about the 15th of August and I predict that most of it will recover by October. 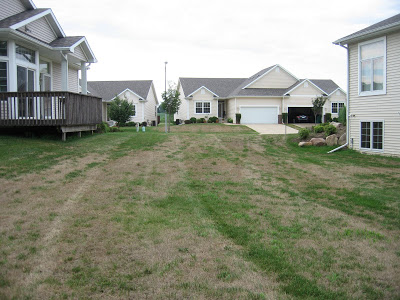 This is a south facing slope, and it shows some of the worst damage. 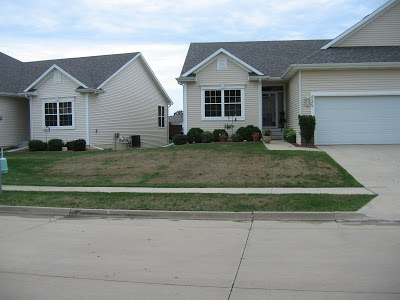 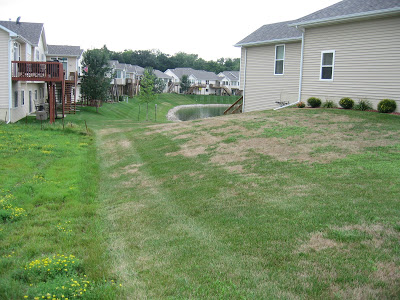 Should you apply fungicides at this time? Damage is already done and recovery is beginning to take place. I don't think that fungicides would be worth the cost at this point.

This was a convergence of just the right conditions for this disease to occur. Hopefully we will not see damage this bad again for a few years.