The multitude of summer stresses appears to be in full swing. This morning on my way to mow some of my research plots I spotted a black cutworm, masked chafer, and some brown patch. I have also heard some grumblings about anthracnose. Anthracnose can be one of the most difficult diseases to control, especially after symptoms develop. As with all diseases and insects, the first step in management is proper identification so you know what you are dealing with.

On a mixed stand of annual bluegrass/creeping bentgrass the symptoms

of anthracnose often appear in a patch-like arrangement (picture on right). This is because the anthracnose will usually only infect one of the species, although in rare cases it can attack both. Infected poa will display a yellowish/bronze appearance while infected bentgrass appears droughty. The way I prefer to diagnose anthracnose is with a 30X macroscope. You can usually see the fruiting bodies embedded into the leaves and sheathes (picture below). However, be careful not to misdiagnose a recent application of organic fertilizer for the fruiting bodies of anthracnose. (I have made that mistake before).

plant. Fungicide applications made after the symptoms have developed are usually not very effective. There have been reports of disease resistance developing from persistent use of the MBC, DMI and QoI fungicides (Methyl Benzimidazole Carbamates, DeMethylation Inhibitors, and Quinone outside inhibitor). Avoid sequential applications of these products and tank mix with a contact fungicide to help prevent fungicide resistance from developing. Anthracnose can overwinter in the crown and roots of infected plants and a “clean up” fungicide application shortly before winter may also help in preventing the severity of the disease the following year. If anthracnose still occurs, recommendations usually include light fertilizer applications and the stoppage of any plant growth regulators. 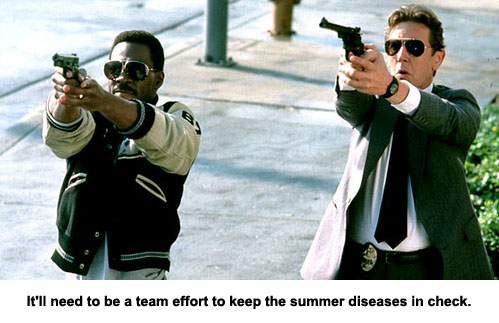 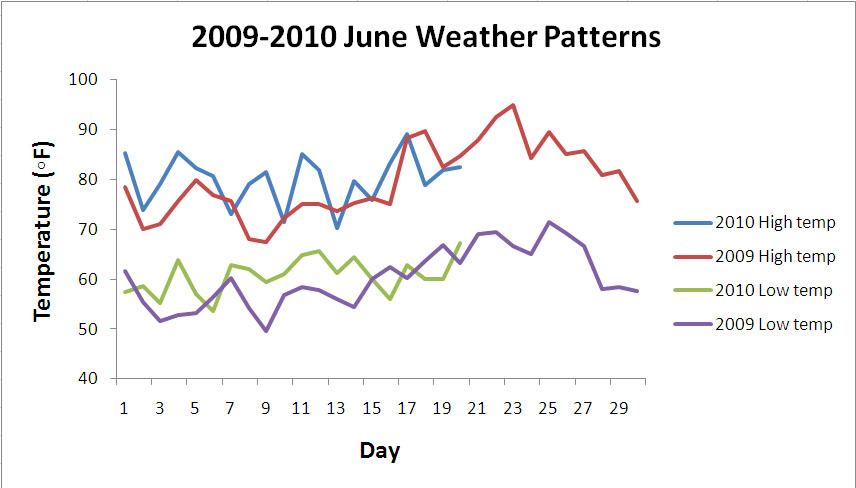