The information below is a report on a Corsair Herbicide trial conducted by undergraduate student Shawn Fopma at Wakonda golf club in Des Moines during the 2010 season. It was part of a Horticulture 490 special studies course.

In 2008, a major re-grassing project took place on greens, fairways, bluegrass green surrounds and first cut of rough at Wakonda Club. Two years later, unsightly perennial ryegrass plants had begun to germinate throughout the newly seeded Pennlinks II/Penneagle II creeping bentgrass fairways. Due to the contrasting colors of bentgrass and ryegrass, a test plot was set up to test the effectiveness and efficiency of Corsair herbicide. Corsair is a selective herbicide, which controls tall fescue, ryegrass, and many broadleaf weeds in turfgrass. Corsair selective herbicide is a dispersible granule that, when mixed with water, can be applied as a spot or broadcast spray treatment. Also, Corsair is a very active compound at low rates, which needs adequate moisture by rainfall or irrigation to activate the herbicide.

For the first test, a tank mix consisting of 0.18oz of Corsair, 0.4oz of buffer and 20 gallons of water was produced. A buffer product was added due to the high alkaline-levels in the water. Then, the Corsair was applied at an extremely low rate of 0.009oz/1000 ft2. Our plan was to start with a low rate and make multiple applications at this rate. The goal of this application was to see Corsair’s effectiveness at a low rate with multiple applications.

Overall, the Corsair tests proved effective; notable reduction of ryegrass was seen in all plots, especially the test plot in which Corsair was applied at a higher rate. Little to no chlorotic effects were observed on bentgrass test plots. The only problematic area observed was an area in which cart traffic was heavy on multiple days of significant heat and humidity. Due to this past summer’s high disease pressure and negative weather conditions, turf conditions became undesirable so the program was not continued; however, it is expected to continue in 2011. 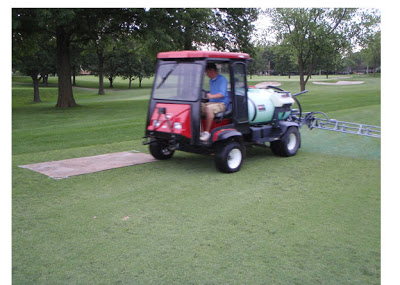 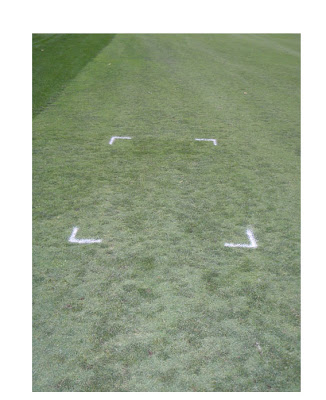