Above average temperatures swept across much of the state last week making it feel almost like summer at times. The turf seems to be responding nicely to the favorable conditions as new growth begins to take the edge off some of the scars left from the winter season. 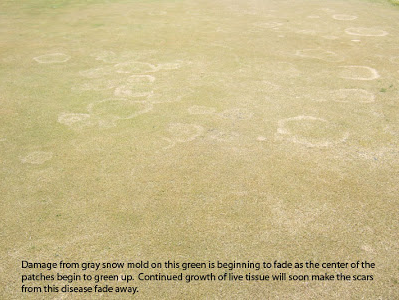 The relatively dry weather as of late has helped speed the rise in soil temperatures and I spotted some prostrate knotweed germinating through the cracks in my driveway. Prostrate knotweed is a summer annual and usually the first annual weed to germinate in the spring. Like many weeds, knotweed thrives in compacted areas and is often found along the edges of sidewalk and cart paths. 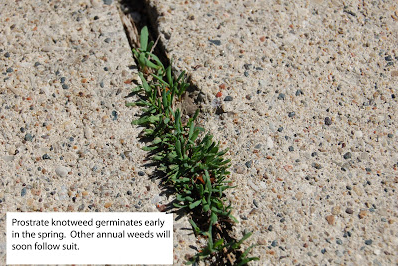 Early spring also marks the time of year for applications of primo/proxy. Primo and proxy are both growth regulating compounds designed to slow the growth of plants. Used together in a tank mix this combination of products provides a synergistic effect to inhibit seedhead formation on poa. Inhibiting seedhead formation of poa has two main advantages. First, the flush of seedheads in the spring can be unsightly and interfere with the uniformity of the playing surface. Second, producing seedheads requires an expenditure of energy from poa which is already susceptible to many biotic and abiotic stresses. Inhibiting seedhead formation helps conserve energy within the plant (poa) which will hopefully leave it with more reserves later in the season when pressure from diseases and other stresses are higher. 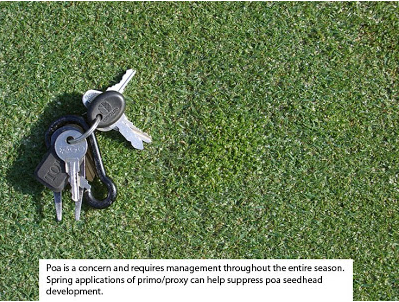 The effectiveness of the primo/proxy application depends largely on proper timing. While doing my research on this topic I discovered a variety of ways in which superintendents try to properly time their applications. Some track and use growing degree days, some apply once full green up has been achieved (this is usually after the second mowing), others monitor and apply when poa is nearing the boot stage, and still others try to time their applications based on historical data of poa seedhead development. Whichever method you prefer it is important to apply before you see the seedheads. A repeat application in 14-21 days is often recommended. As always, remember to review the label before any application.

Of course the other big news this week is the start of The Masters Tournament. In case you weren’t in the mood for golf this should help. Here is a picture to wet your appetite. 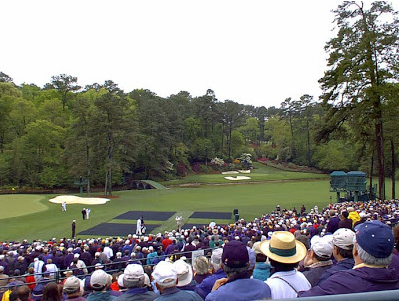 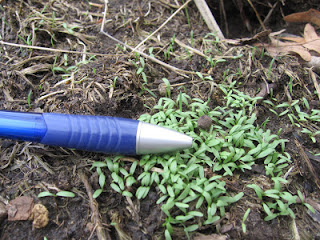 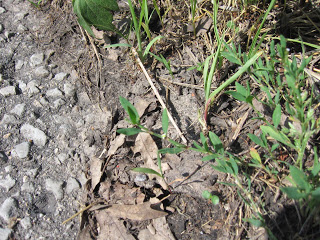 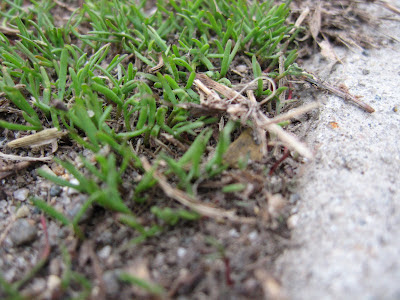 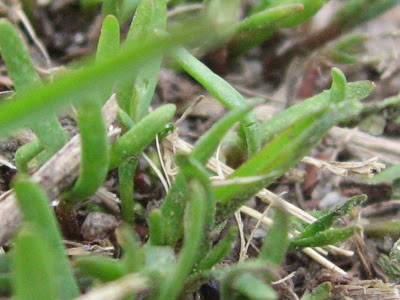 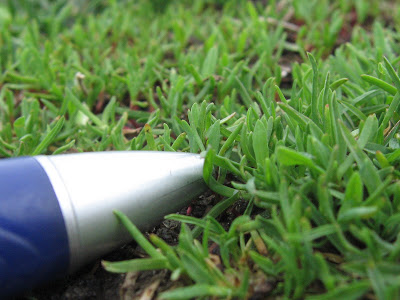 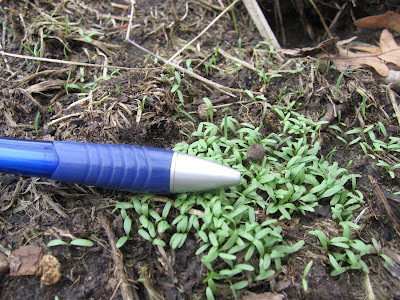