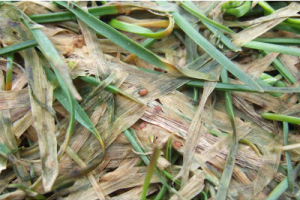 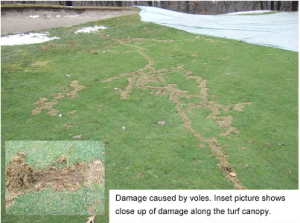 I posted some pictures from Derek Settle a few days ago about early snow mold developing because of the unusual weather conditions.  This seems to be a growing problem.  Many superintendents put down covers at the usual time in November and then found that the unusually warm weather is resulting in pink snow mold way earlier than they are used to seeing it.

Here are some pictures from this week from my son Tim at Makray in Chicago.  They covered some newly seeded bentgrass tees to bring them in quickly.  This pink snow mold is on the mature bent surrounding the tees that was under the cover.

He rolled the covers back yesterday and put on a snow mold treatment. 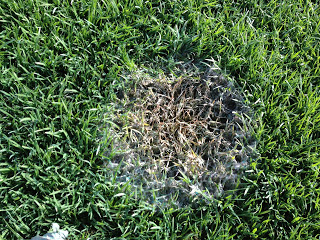 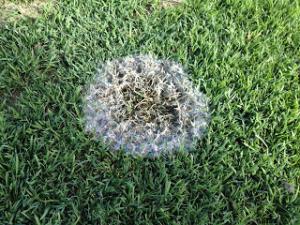 Here is a post from Derek Settle of the Chicago District Golf Association.  It is about Pink Snow Mold caused by (Michrodochium nivale).  This is the earliest report of this disease that I am aware of in the region.  I normally see it in late winter.

It has been a strange year and there are many things showing up at strange times.  I find that what Derek sees in Chicago, we generally see here in Iowa.

The first three pictures are from North Shore Country Club in Glenview,  Ill.  They were taken by Derek on November 16.  They are on a Poa/bent 50/50 mix. 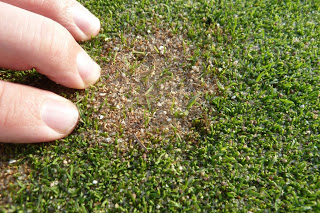 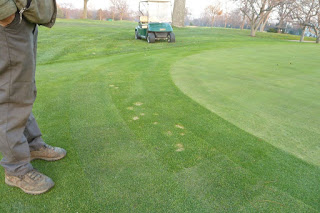 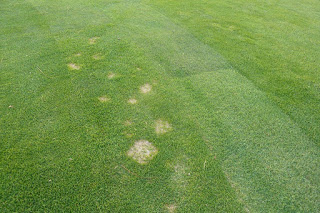 This is a slide from my teaching set showing the canoe shaped spores of Microdochium.  This is what you would look for under the microscope to determine if the symptoms are caused by Microdochium. 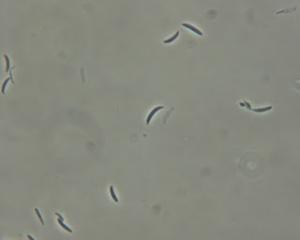