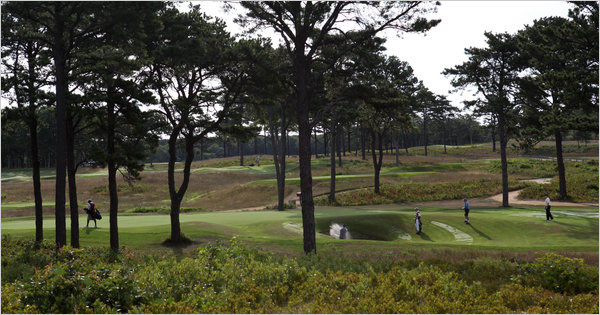 Here is an article that was recently published in the New York Times about the Vineyard Golf Club located in Edgartown on Martha’s Vineyard.  The golf course opened for play in 2002 and was only allowed to be built under the provision that the facility would operate without the use of any synthetically produced products.  The club is thought to be the only completely organic golf course in the United States.

Jeff Carlson, course Superintendent, talks about the creative methods he uses to manage the course and how to tries to promote the idea of playability over visual perfection.  Carlson admits that a higher budget is needed and that their practices might not work as well in other parts of the country.

It’s definitely an interesting read and makes you stop and think.  But do you think articles like this help or hurt Superintendents and the Golf Industry?  While I think most would agree that moving towards a sustainable approach is a step in the right direction, this article focuses on one course in a particularly unique environment.  Will the general masses who read this article understand that environmental conditions play such an important role in managing diseases?  Or after reading this article will they expect their local course to abandon their current practices and adopt new ones?

Exclusive Golf Course is Organic, So Weeds Get In

Standing alongside the 13th green at the Vineyard Golf Club on Martha’s Vineyard, Jeff Carlson spotted a small broadleaf weed between his feet. As the superintendent charged with maintaining the club grounds, he instinctively bent to pluck it, then stopped.  Click Here to read the rest of the article. 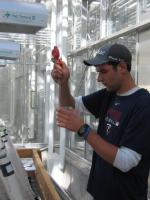 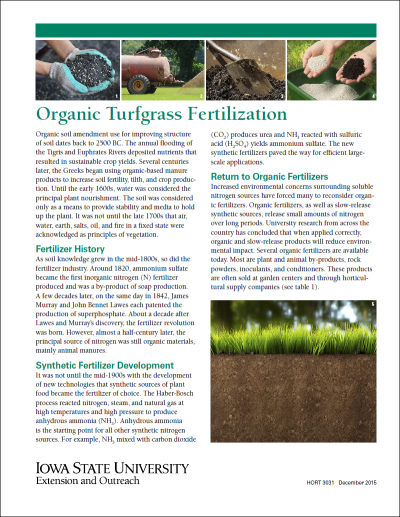 Here is a post by Quincy Law on Organic Weed Control.  It is a poster that he presented at the American Society of Agronomy Meetings in Cincinnati, OH.  Quincy was an undergraduate research associate here at Iowa State before beginning an Master of Science program at Purdue with former Iowa Stater Aaron Patton.

The entire poster is available 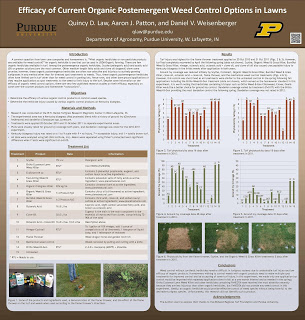 Here is a post from Omaha concerning a reddish discoloration of Zoysiagrass.  I need some feedback from you Zoysia experts.

Rob has several Zoysia lawns, most of which look fine.  This one has taken on a reddish discoloration late in the season.

He uses a 4 step organic program on it.  He also put down gypsum in August for a sodium problem.  He topdressed it with organic matter.Sodium does not appear to be high on the soil test.

He gave me the soil tests and phosphorus in in an adequate range.

Some varieties of grass will turn red in the fall when temperatures cool, but this is the only Zoysia lawn that it is occurring one.  Does anyone with Zoysia experience out there have any ideas.  Let me know or contact Rob directly.  nchris@iastate.edu

Here is the reddish color on the Zoysia from a couple of weeks ago, just before dormancy. 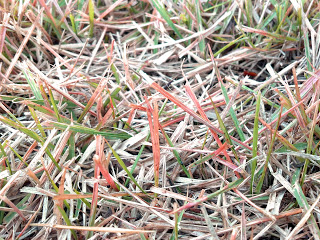 Here is the lawn a couple of days ago, after the Zoysia became dormant. 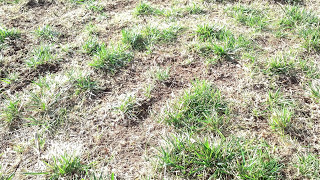 Heavy clay soil on the lawn. 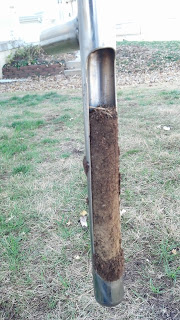