Here is an update from Ken Siems of the Pestovo Golf and Yacht Club in Moscow.  The first picture is from April 8 and the second one is from April 12, 2013.  He has removed snow cover from some of the key areas on the golf course, but is expecting snow cover to last in May.  So far, the grass has been pretty healthy under the snow, with little snow mold  (he treated for snow mold before the first snow).

This is one of the latest snow covers that I am familiar with.  It will be very interesting to see how the course emerges from the winter.  Ken will continue to keep us informed as the snow melts. 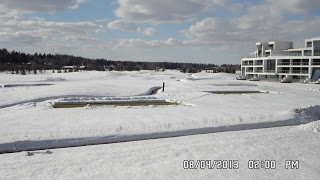 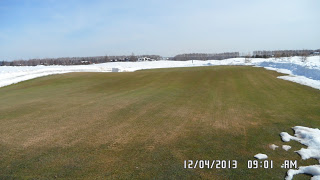 Here are a couple more pictures from Ken Siems, Supt. of Pestovo Golf and Yacht Club in Moscow, Russia.  I posted on this in March.  Ken has unusually heavy snow cover on his golf course for this late in the season.  The grass appears to be healthy under the snow cover (see the second picture below taken this week), but the snow cover is hanging on well into April.  The forecast for the next week is for temperatures above freezing in the day time and below freezing at night.  His question relates to whether he should remove the remaining snow.

My experience tells me that he should not try to remove the snow.  We generally tend to do more damage by removing snow than by leaving it on.  However, this is very late in the season.  This is about as long as I have ever seen that much snow hang on into April.  (He did apply snow mold controls before snow cover)

I have recommended that he do some research on this.  I would like to see him remove snow in some areas and leave it on in other areas and then send us some pictures and observations on the results.

I'll keep you posted.  Any comments on this would also be appreciated. 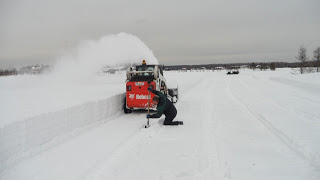 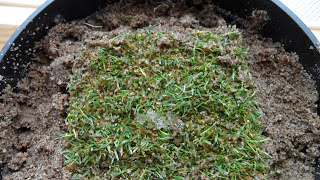 Here is an interesting picture from golf course superintendent Ken Siems from the Pestovo Golf and Yacht Club near Moscow, Russia.  Notice that the picture is from March 21, 2013.  I thought some of you that feel like we have had a tough winter would enjoy seeing what a really heavy, late snow looks like.  Ken moved to Moscow last year from Beijing, China where his old golf course had been under 6 ft of flood water. 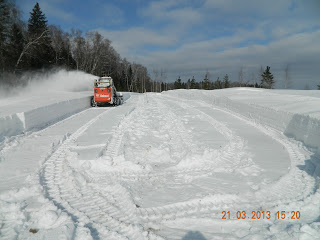 There is a green under the snow in the foreground and the fairway is in the background.  Ken was wondering about snow removal.

I have had a lot of experience with snow and/or ice removal from golf courses over the years.  We have done studies on it here at ISU and have had a chance to observe the effects of snow removal on many golf courses here in the region.  My observations have been that we generally find that we do more harm than good when it comes to removal and that it is generally best to just leave snow and ice in place and have it melt naturally.

This is an unusually heavy snow fall, however and it would be unlikely to melt off until well into April.  Ken is going to leave some areas and remove part of the snow from others.  He will keep us posted on the recovery this spring. 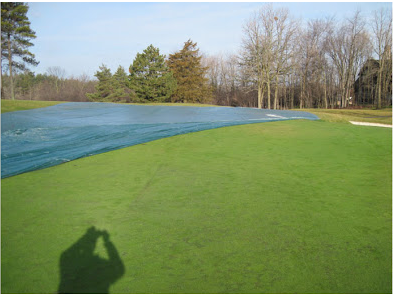 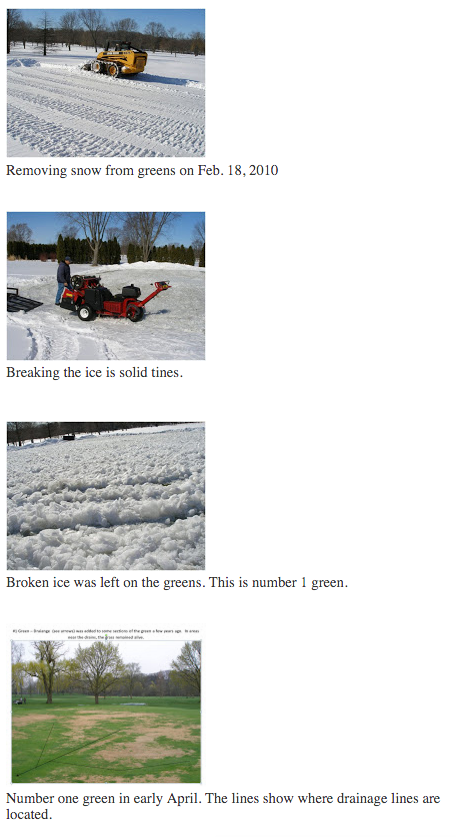 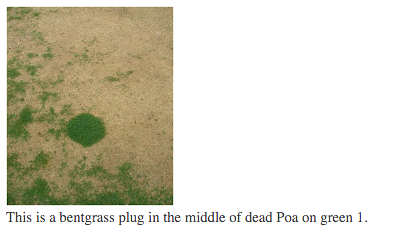