June has been extremely wet and there have been a number of temporary flooding events in Iowa this spring. A common question the last two weeks is “how long can grass stay under water and still survive?”

As with so many other things, there is no one good answer to this question. In my experience it varies with several different factors. They include the species of grass, the condition of the grass going in to the flooding event, time of year, the amount of silt build up, the depth of the water, the temperature, the soil type and probably several other things that are hard to observe.

Creeping bentgrass is surprisingly tolerant of flooding. This is followed by Kentucky bluegrass, and then perennial ryegrass and annual bluegrass. I have seen bent go under water for up to 5 or 6 days in the cooler temperatures of spring and still survive when the water goes down. I have also seen bent die in a few hours when it’s hot and the water is shallow, allowing the temperature of the water to heat to high levels. Bent also seems to do fine for a few days under deeper water in summer, particularly if the water keeps moving and the grass stays cool.

The green tissue of bluegrass seems to die easily, but the rhizome system stays alive and the area usually recovers from rhizome growth. When I worked in Colorado, I saw bluegrass fairways under water for several days followed by several days of silt cover. The silt was cleaned off and there was complete recovery a few weeks later from the rhizomes. Unfortunately, annual bluegrass comes back from seed and recovery usually takes a few weeks. Ryegrass has no rhizomes and unless there is a lot of seed in the soil, the area needs to be reseeded.

Another thing that I have noticed with bent is that if there are repeated, short flooding events , such as occurred in 1993, it recovers the first few times, but finally gives up and dies.

Several of you have experienced flooding over the years. What has your experience been? Send a short paragraph of what you have experienced to my e-mail address, nchris@iastate.edu and I’ll post them for others to read. Pictures would be useful if you have them. You can also use the comment section below to respond to this post.

The pictures below were from the week of June 28 on Ames Golf and CC. Supt. Mark Newton will be posting some information on what happened to these flooded areas in the next couple of days. 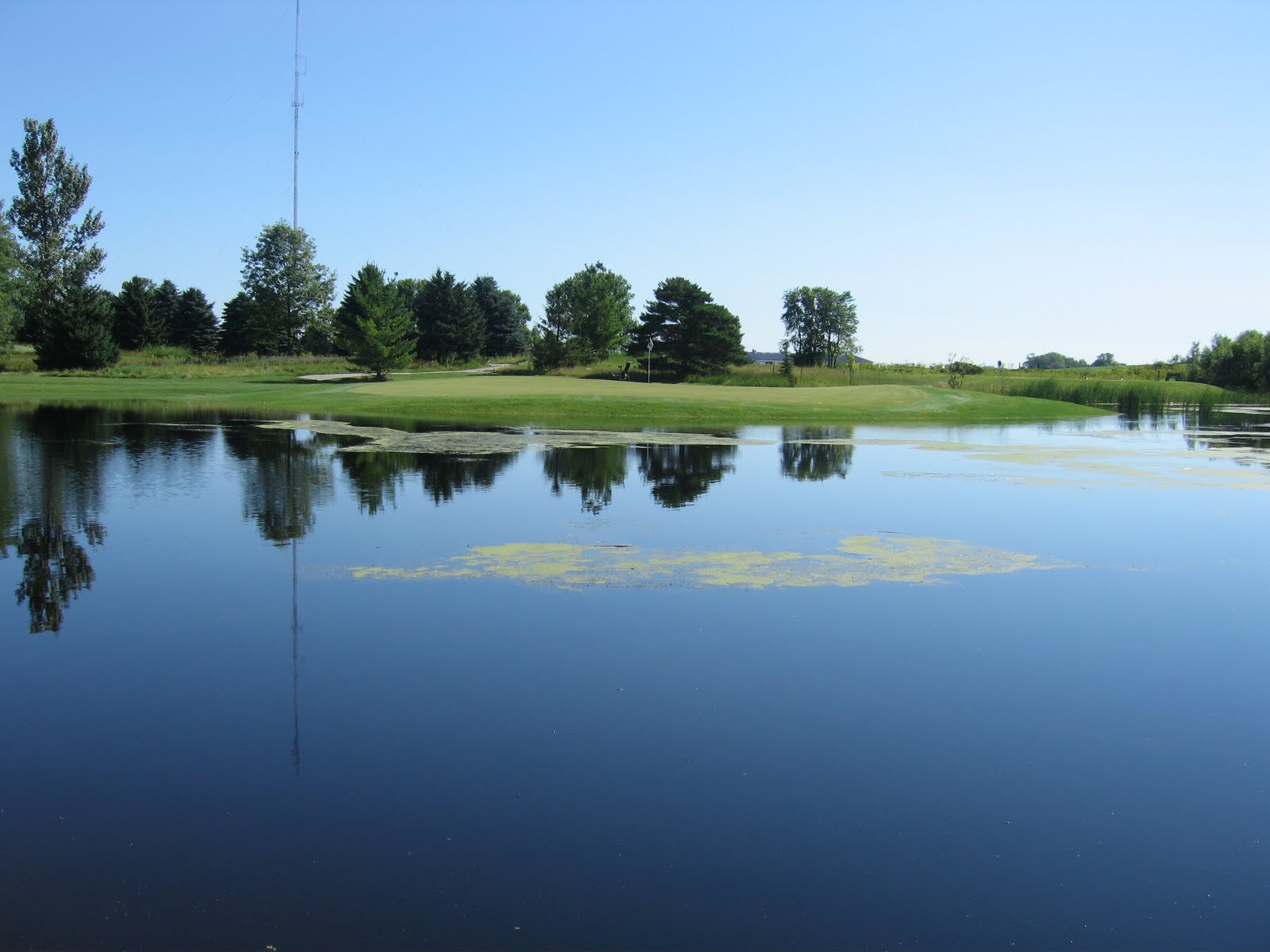 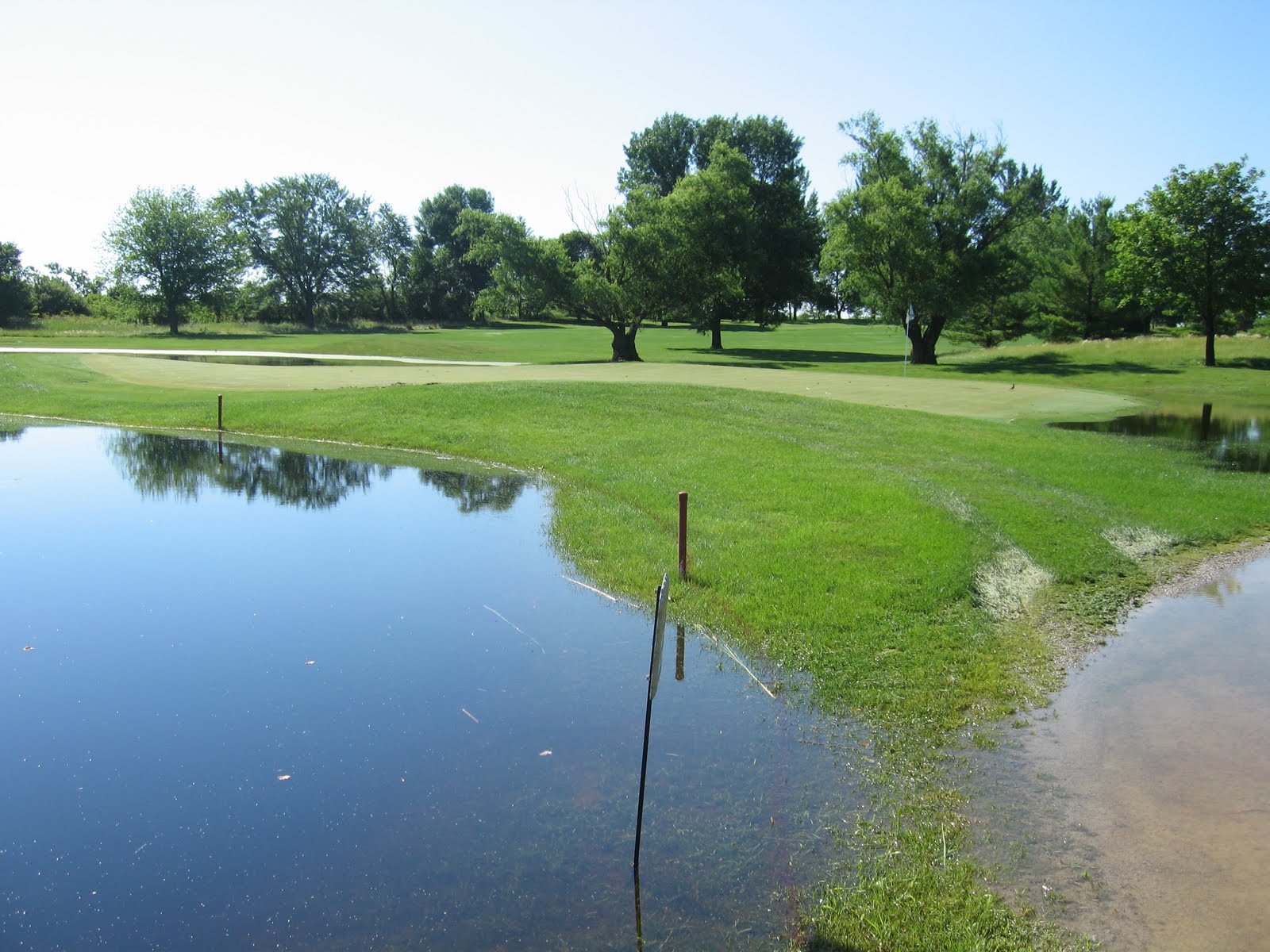 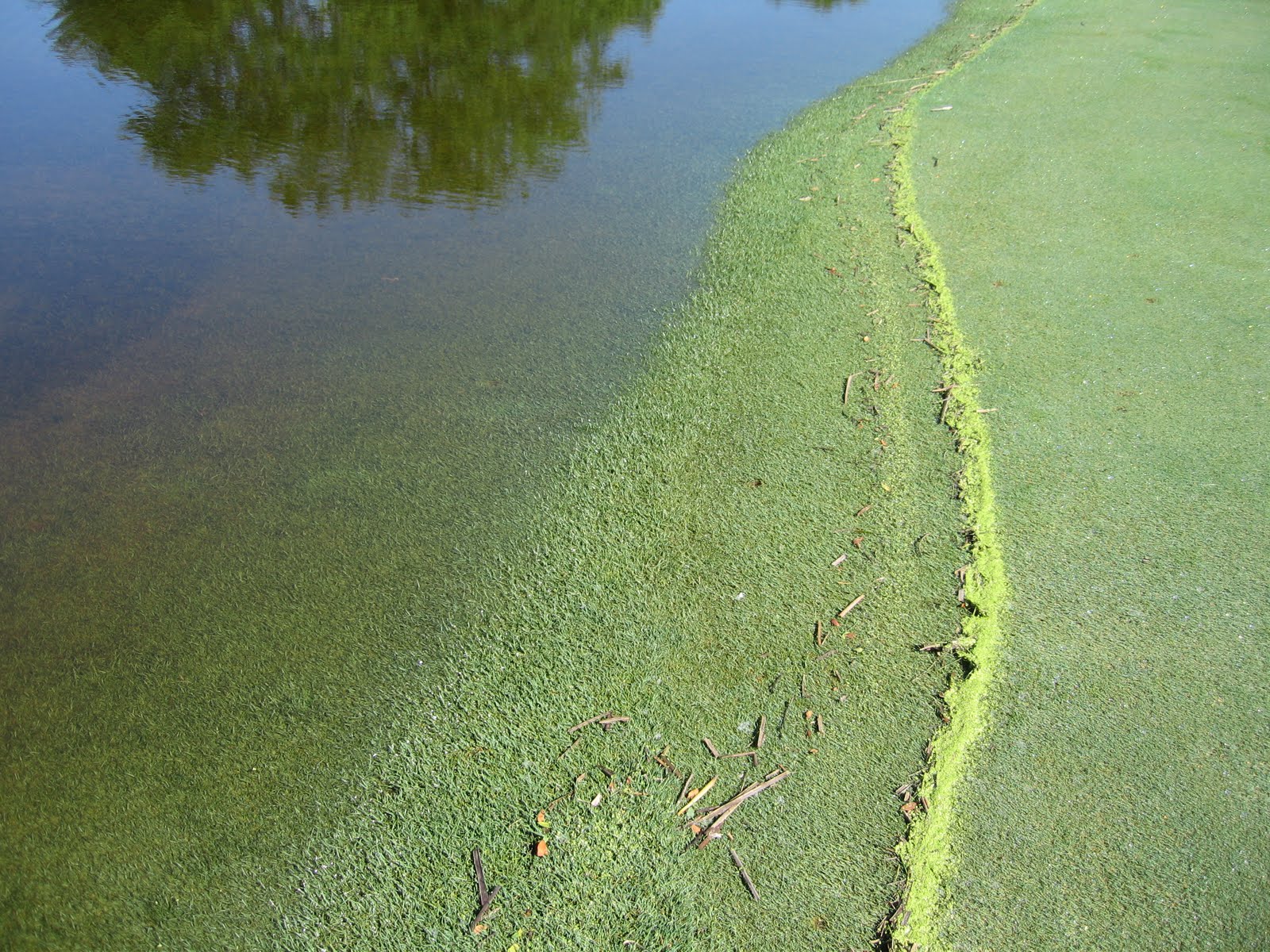