Here is a post by Dan Strey, research technician at the Turfgrass Research area.  It is about a new tee complex that he constructed in the fall 2012.  it will be used in future years for research and demonstration purposes at the station. (Nick)

(From Dan)
I think we can all say that 2012 was certainly an interesting and difficult year. Most of us are probably glad to see the end of 2012 and the beginning of 2013.

During the heat of last summer, the crew at the research farm constructed a new tee complex that will be used for research and demonstrations. The process took approximately two months from start to finish. Some of you may have seen it mid-way through construction during field day. 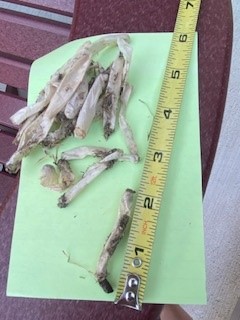 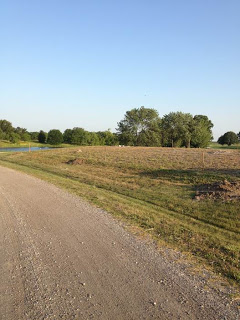 The existing site was built to USGA specifications which included; 12” of sand, 4-6” of pea gravel, and drain tile laid into the subgrade. Both the sand and gravel were stripped off in layers using a Bobcat T-190. The materials were kept separate and stockpiled to reuse for the construction of the tee complex. 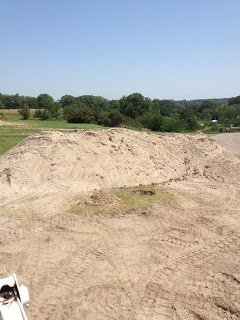 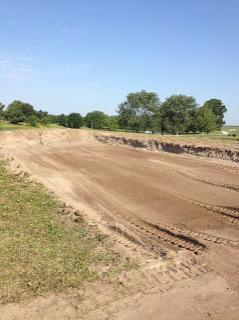 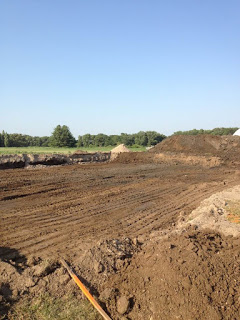 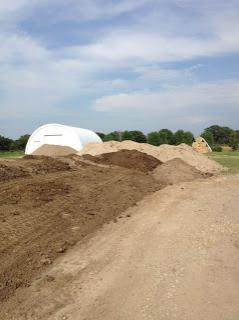 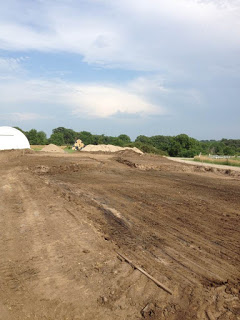 After the sand and gravel was removed, the subgrade was reshaped to match the new contours. This process required a cut and fill approach, since all of the material had to stay on site and be reused. Once the subgrade was formed, a 4-6” pea gravel layer was then installed and followed by a 12” layer of sand. The surrounding areas were constructed using native soil from the site. The project was completed without requiring the need of transporting materials; all materials were used from the existing site. 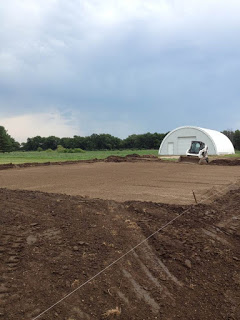 The irrigation system that was previously installed was removed prior to the excavation and used for parts to reduce the cost of the renovation. A new system was required to be able to control both the green and tee individually.  Golf course greens and tees require different amounts of moisture throughout the year. New lateral lines (2-1/2” Sch. 40 PVC) were installed and attached to the two existing valves. The eight existing heads (Toro TR70) were cleaned and reinstalled.

The seedbed was prepared using a Toro Sand Pro 5040. This smoothed the area while still providing a firm surface. Both the tee and green were seeded with 007 creeping bentgrass (Agrostis stolonifera) on October 1, 2012. The cultivar was chosen for its ability to resist dollar spot disease and heat tolerance. The areas were seeded at a rate of 1.75 lbs/1,000 ft² using a Scotts SS-2 drop spreader. After seeding, the same Toro Sand Pro was driven over the surface repeatedly to provide seed to soil contact. A starter fertilizer was applied at a rate of 1 lb. of phosphorus/1,000 ft² 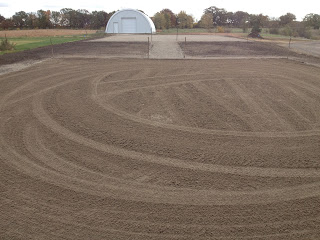 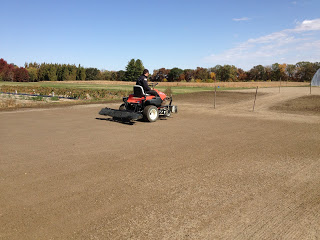 The area was covered using permeable grow covers to maintain soil temperatures during the fall months. Germination was observed 10 days after seeding. The grow covers were removed four weeks after germination to allow the seedlings to harden off before winter. 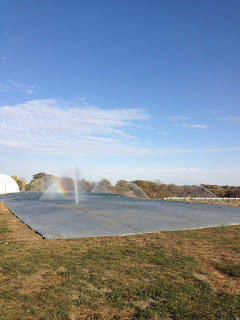 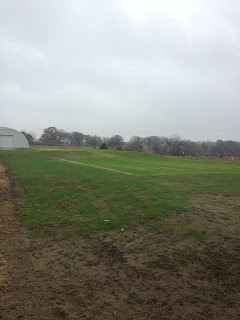 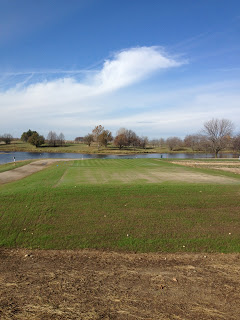