The primary reason for seeding in late summer and early fall is the germination of warm-season weeds in spring and summer seedings.  Crabgrass, goosegrass, barnyardgrass, foxtail, and other warm-season, annual grasses germinated in spring and summer and out compete our cool-season lawn grasses.  The soil temperatures and moisture are generally better for establishment of cool-season grasses in late summer.  If warm season weeds do germinate in late summer, they quickly die in September and the cool-season grasses have a couple of months to fill in.

If you are planning to establish a warm-season lawn like buffalograss, or zoysiagrass, this should be done in early June.  These warm-season grasses will thrive through midsummer and go dormant in September.

Those who did spring seed this year, probably have a dense cover of crabgrass and other species.  Don’t give up and kill the area.  Assuming that good seed was used in the spring seeding, the grasses that you want are under the annual weed cover.  The annuals will soon die and the cool-season grasses will thrive through the fall and in the spring.  Be sure to put a preemergence herbicide down about the middle of April next year to stop the warm-season grasses that will germinate about the first of May.

For more information on which cultivars to use, fertilization, and herbicide use, see https://www.extension.iastate.edu/turfgrass/ .  Then go to “publications”.  There will be a series of extension bulletins on each of these subjects. 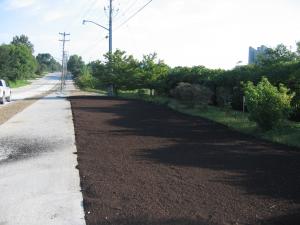 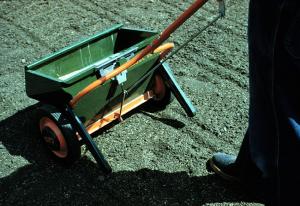 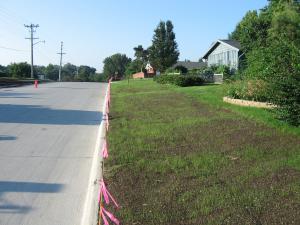