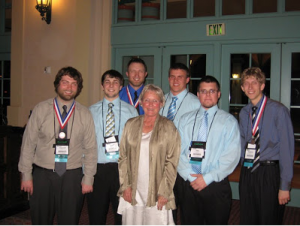 The following is a post from graduate student Dan Strey who attended the Jacobsen Training program in the spring of 2012.  It was a great experience.  It will likely be available for another college senior from the program this coming spring.

Jacobsen allows every college to nominate its top graduating senior to attend the seminar that allows the “future” of the industry to become accustomed to Jacobsen’s new line of equipment and technology.

Throughout the trip, they plan several different destinations to numerous turf facilities in both golf and athletics

In my case, I was nominated by Dr. Nick Christians to attend the Jacobsen Future Turf Manger Seminar.  The seminar started with an opening banquet that included top executives from within the company and top graduates from around the country.  I was pleasantly surprised by the instant camaraderie: we were all eager to network with each other and begin a new endeavor as colleagues, as opposed to competitive individuals.

The following day began with a tour of both the manufacturing facility and distribution center for the Jacobsen Company. Most may think that Jacobsen equipment is mass produced, but in truth, each machine is hand assembled by a single individual.  The once forgotten manufacturing and assembly trait of America is still instilled within this company. As we toured both facilities, it was apparent that all employees displayed great appreciation towards the company and believed in its superior product.

After the tour, Erik Sides, the training manager for Jacobsen, shared his knowledge on the importance of Frequency of Clip (F.O.C.) Most have probably never heard the definition or even the term, however, it’s Jacobsen’s core concept in the design of all if its reel mowers.  I won’t go into the minute details, but it is definitely worth looking into.  I have to admit, there is no other manufacturer that can explain their core fundamentals as well as they can.

The next part of our journey took us to the beautiful Quail Hollow Club, just after they hosted the Wells Fargo Championship.  The Quail Hollow Course Superintendent, Jeff Kent, was our host and explained the challenges in hosting a PGA event as well as the preparations that preceded it.  The club underwent a complete bunker renovation prior to the tournament that resulted in every bunker being completely reconstructed, from the drainage to the final product. After our discussion with Kent, he gracefully allowed us to demo the entire Jacobsen line of equipment at the Quail Hollow practice facility. Every person was given the opportunity to trial the equipment, which ranged from 100% electric walk behind greens mowers and triplexes to rough mowers and fairway units.

If that wasn’t a full day, Jacobsen decided that a night at the race tracks would complete it.  Erik Sides took his talents from training manager to acting as “Rickie Bobbie”. He might be good but not as good as Iowa State.  That’s right, Iowa State won yet again. Iowa State turf will always be number ONE!

The second day began with a bus trip down to South Carolina. The first stop was to the pristine facility at Sage Valley Golf Club.  Chuck Green, the course superintendent, was a great host and took the group on a tour.  The course in was in perfect condition and I kid you not, there wasn’t a grass blade out of place. I’ve worked and been at a couple of top 100 courses, but this ranks at the top of the list.  Chuck definitely has his challenges growing bentgrass in South Carolina, but he and his crew are up to the challenge.  A fellow colleague asked Chuck if he would consider changing to ultra dwarf bermudagrass, and his reply was “The day when Augusta National G.C. changes to Bermuda, then so will I.”  I have to admit Sage Valley is one of a kind.

The last leg of our trip was to the defending NCAA baseball champions, the South Carolina Gamecocks.  Clark Cox, Sports Turf Manger, was gracious enough to take us through the baseball and football facilities at the University of South Carolina. This was a rather new experience for someone like myself from the Midwest.  Clark was in the middle of converting his fields from ryegrass to bermudagrass.  The baseball field was still in playing condition and I have to say that I might just have to become a fan of USC Baseball. Just a couple of years ago, the University constructed a new, forty million dollar stadium.

This trip was a great experience and networking opportunity and Jacobsen truly offers one of the best programs out there for graduating seniors. I couldn’t be any more thankful to Jacobsen and Dr. Nick Christians for this once ion a lifetime opportunity. 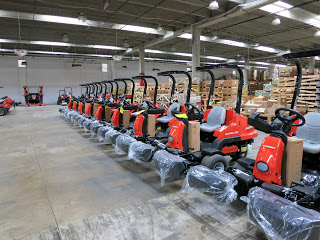 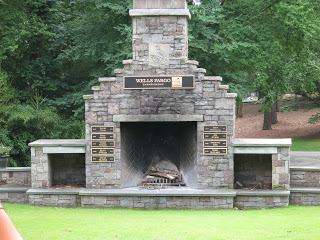 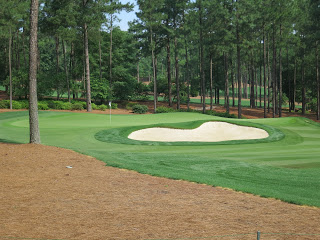 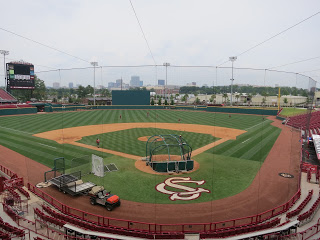 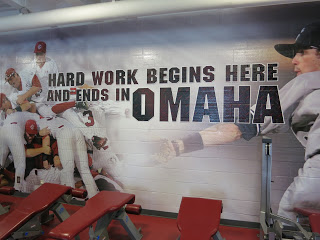 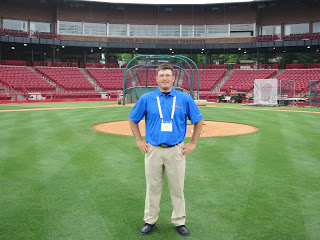 Zac Simons, massters student in turfgrass management,  was chosen to attend the Jacobsen Future Turf Managers program in Charlotte, NC this past may.  He had a great time.  Here is his description of the experience.

This past May I had the opportunity to attend the Jacobsen Future Turf Managers program at Jacobsen’s corporate headquarters in Charlotte, North Carolina.  Each turf program around the country has the opportunity to nominate a student to attend the event.  This year 21 students attended the event with one student coming from the United Kingdom.  The event was from May 13 – 16 and included stops at Jacobsen’s manufacturing facility and distribution warehouse, the Quail Hollow Club, Sage Valley Golf Club, and the University of South Carolina.

On Tuesday the day began with tours of Jacobsen’s manufacturing facility and distribution warehouse.  At the Jacobsen manufacturing each machine is assembled by hand which shows the care Jacobsen puts into each of their machines.  The distribution warehouse houses all the equipment waiting to be shipped as well as a section where all of the replacement parts are stored.  The distribution warehouse also houses Jacobsen University which is where employees can attend classes to learn about Jacobsen’s equipment and the maintenance they require.  While at Jacobsen University we had two guest speakers.  Abby McNeal CSFM from Wake Forest spoke about her experience managing athletic fields and Dr. Jim Brosnan from the University of Tennessee spoke about future issues facing turfgrass management.

From Sage Valley we went to the University of South Carolina in Columbia.  We first stopped at Williams Brice Stadium which is the home of Gamecocks football.  The stadium had hosted a Kenny Chesney concert in the spring and was still showing some wear.  We also visited the University of South Carolina baseball stadium which is home to the 2010 and 2011 National Champions.  It is beautiful stadium which seats around 8,000 and rivals some minor league stadiums.  Clark Cox the head groundskeeper at South Carolina gave the group tours of each stadium and explained the maintenance practices that are done on each field.

The Jacobsen Future Turf Managers program was an excellent experience.  I would like to thank Dr. Nick Christians for his recommendation and Jacobsen for their hospitality.  It was a great networking and learning experience which will be useful as my time as a turf manager. 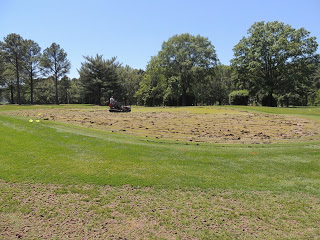 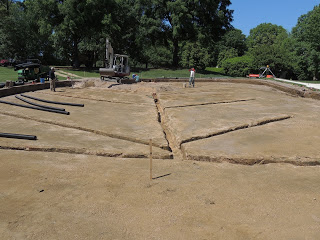 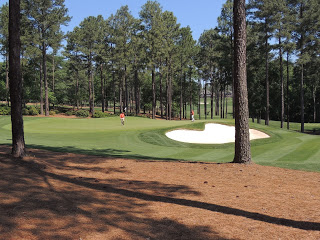 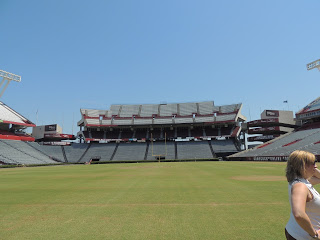 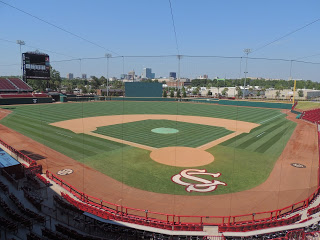