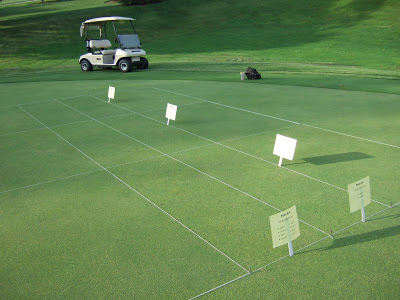 Here is a follow up on a post from March 12 about a late seeding of bentgrass on tees in the Chicago area.  My son Tim is a superintendent there at Makray golf club there.  He seeded the tee in the first picture below on Oct. 25, 2011 and covered it.  He had great results and nearly complete cover on March 12 when he pulled off the covers.

Pictures 2, 3, and 4  below are of new tees seeded on March 12.  All 4 pictures were taken on May 10.  He is planning on opening them May 11 for play.  In a normal year, I tell people that if they get bentgrass seed in my mid-September, they will probably have to wait until early June to open.  If we keep getting these mild winters and warm springs, I may have to change that recommendation. 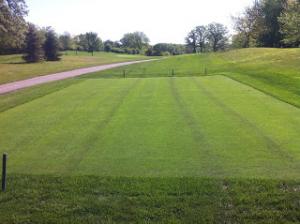 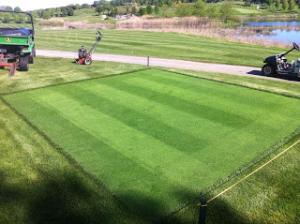 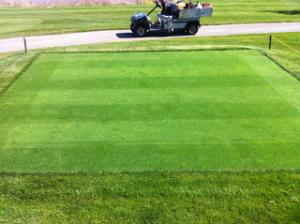 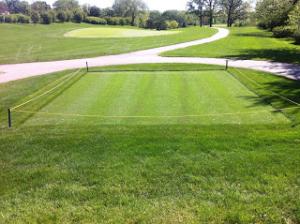 On March 12, I posted some information on a late-fall (Oct. 25, 2011) seeding of bentgrass at Makray Memorial Golf Club near Chicago by Supt. Timothy Christians. Some of the newly seeded tees were covered during the winter and some were not. The subject of the post was the surprising success from such a late seeding.

The spring has continued to be unusually warm in the Chicago area. The following two pictures are from April 3. The first one is of the tee that had been covered and the second one is of the uncovered tee. They have both been mowed by April 3 and both will be open much earlier than usually would be expected.

Tee that had been covered during the winter. 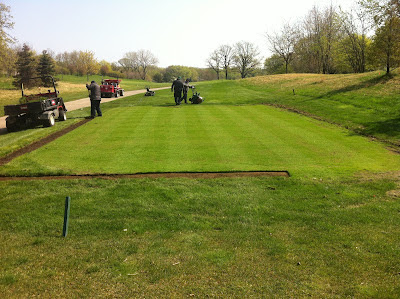 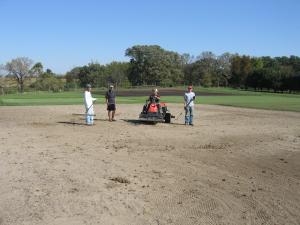 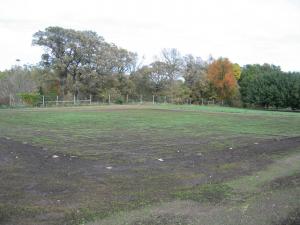 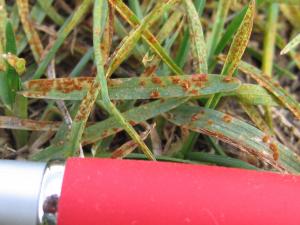 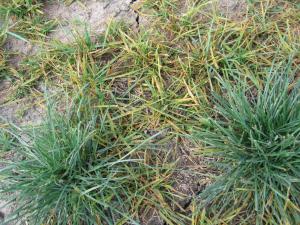