Here are some interesting pictures from Rob Elder of Omaha Organics showing the impact of the drought this spring on Omaha lawns.  Damage this bad is a problem for the lawn care people.  You will have to spring seed, but that means that you cannot put down a standard preemergence herbicide.  These spring seedings generally turn to crabgrass and other annual weeds by midsummer. You can use siduron, which will allow bluegrass and ryegrass to emerge and give you some relief from the annual weeds.  If you are planting straight Kentucky bluegrass, Tenacity (mesotrione) can help with the annual weed problem.  However, both methods are expensive and difficult to do in a commercial operation.

I suspect that these area were primarily perennial ryegrass before the drought.  This is what we are seeing in our area.  The bluegrass lawns came back pretty well after the drought because of their rhizome system underground.  Whereas perennial rye thinned out and stayed that way.

Hopefully we will get more moisture this year and return to more normal conditions for the Midwest. 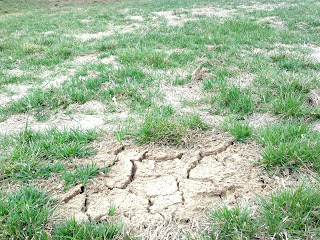 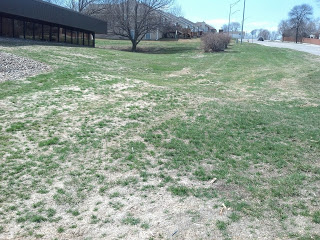 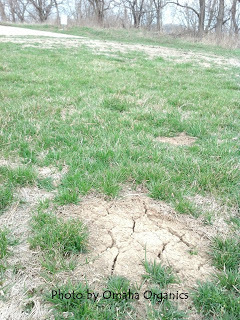 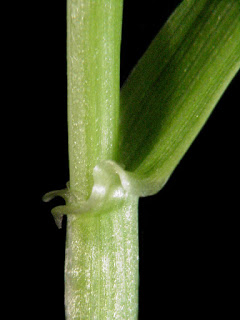 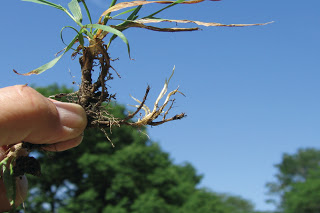 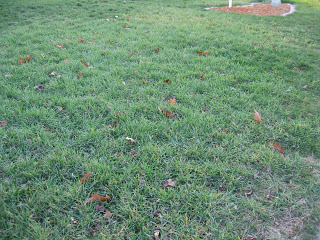