This is about two lightning strikes on creeping bentgrass greens in Iowa during the summer of 2016.  The first was at Des Moines Golf and Country Club and they come from superintendent Rick Tegtmeier.

The strike occurred on July 12, 2016 and it was spectacular.  Luckily it happened at night when no one was on the green.  The question was, how long will it take for recovery. 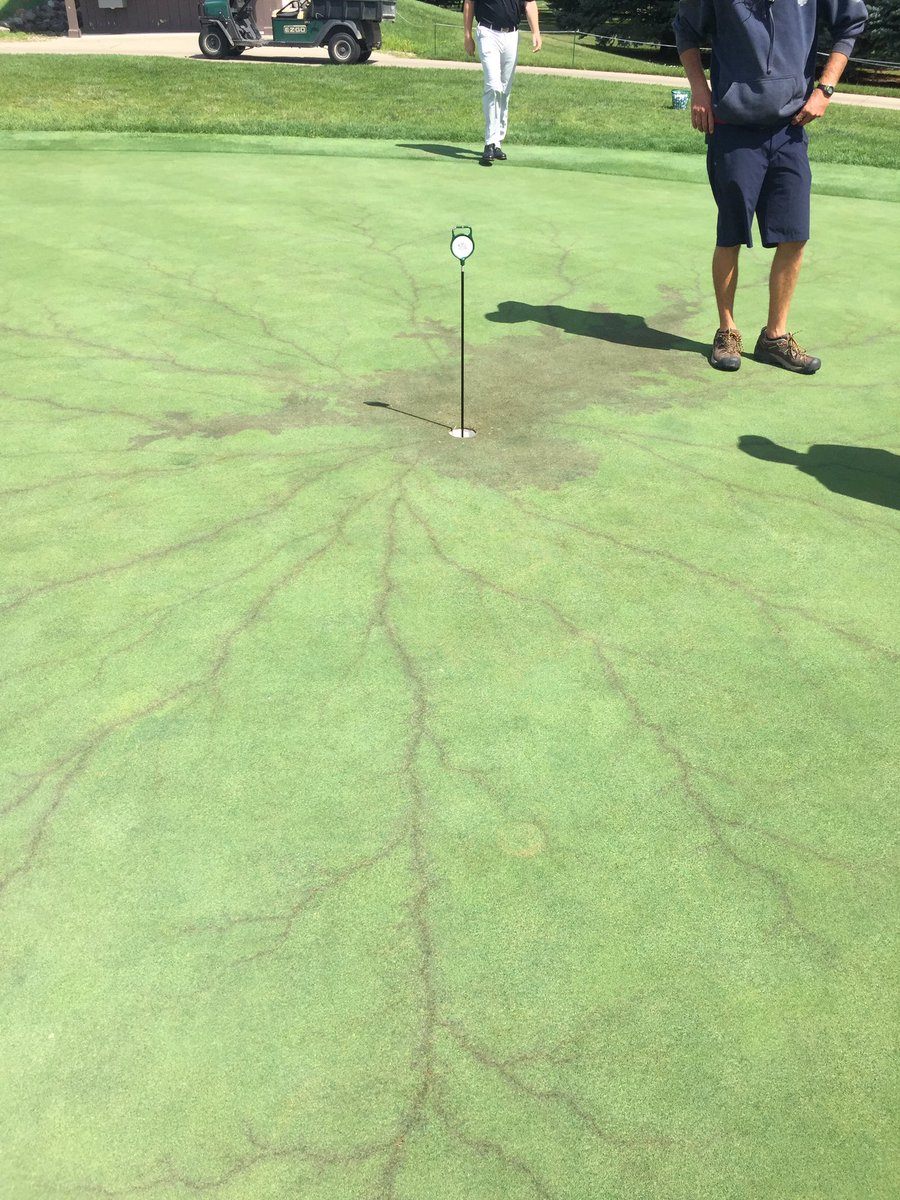 The next picture was taken on August 8 and is showing quite a bit of recovery.  Rick did not do anything special, there was no overseeding or plugging. 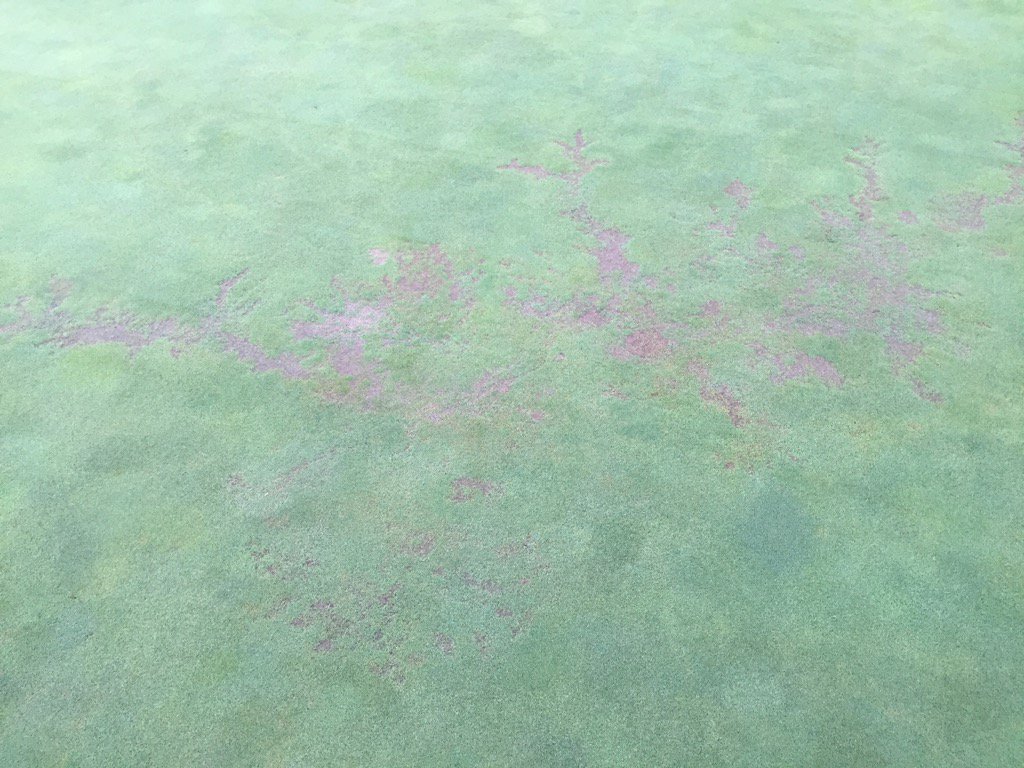 The final picture was taken on Sept. 21, 2016 and shows nearly complete recovery. 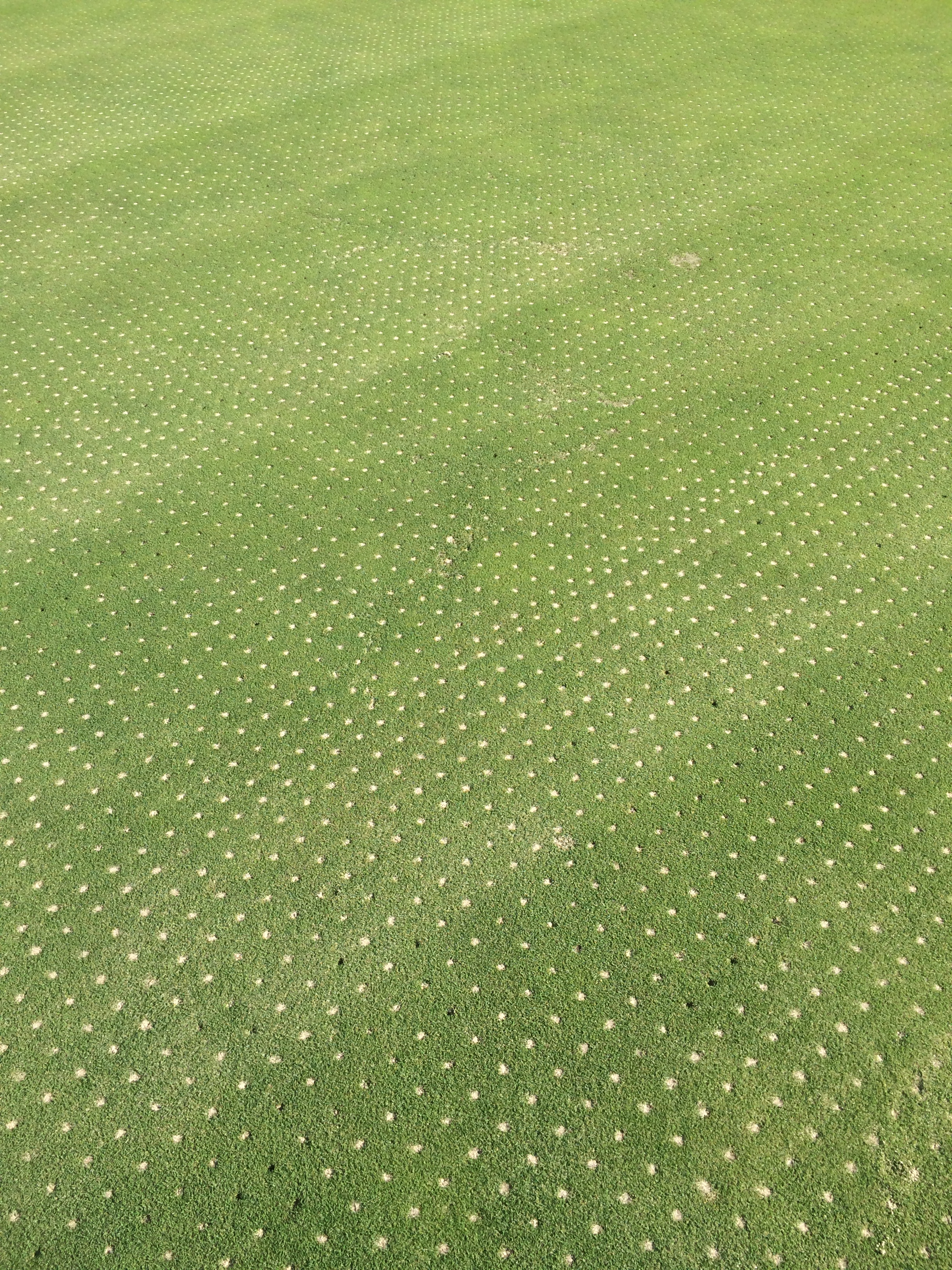 A second strike took place a few miles away at Terrace Hills Golf in Altoona, IA on August 2, 2016.  The pictures are from superintendent Kurt Seedorff.  It first appeared that there was live grass in the damaged area. 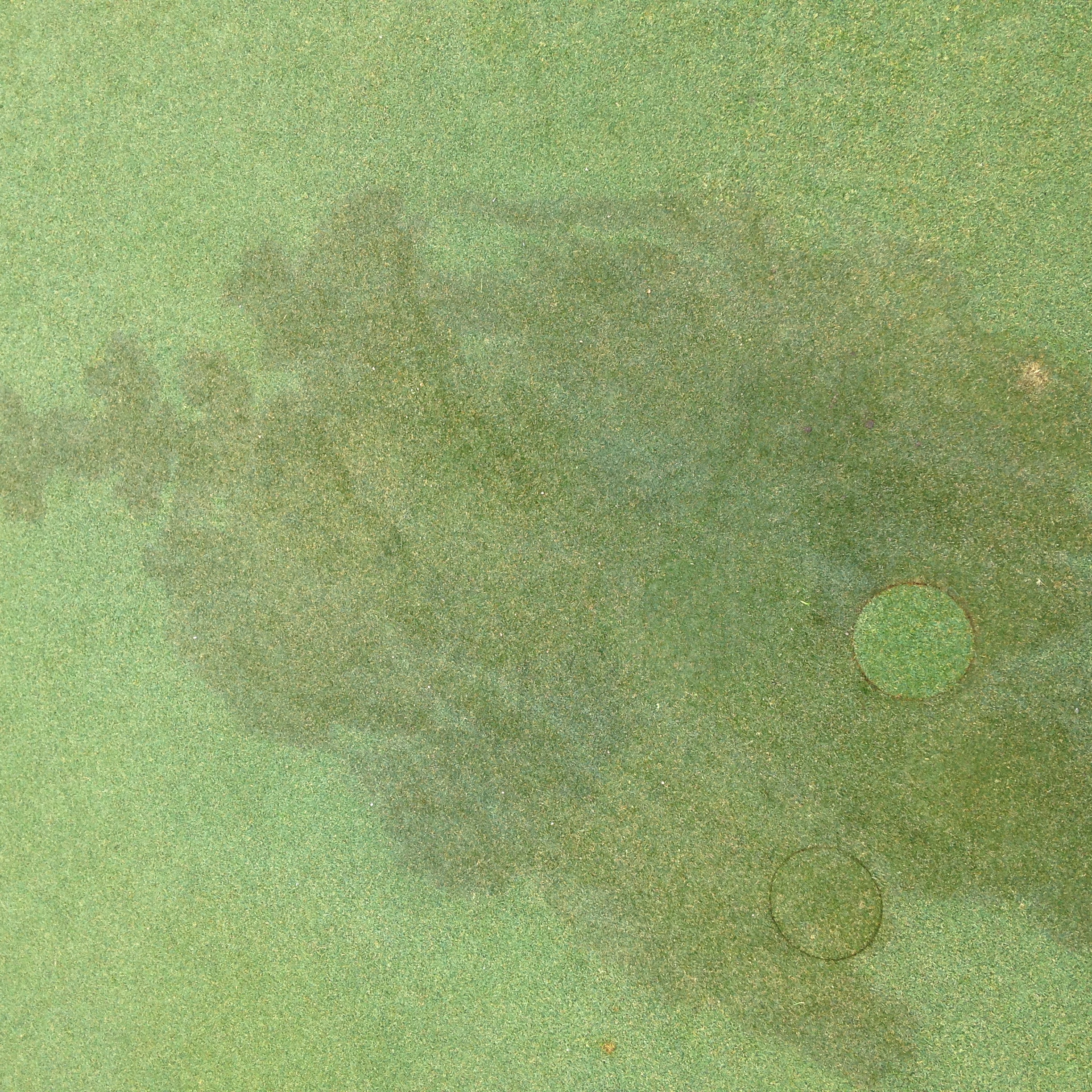 However, by August 15, it was apparent that the creeping bentgrass was dead and would not recover. 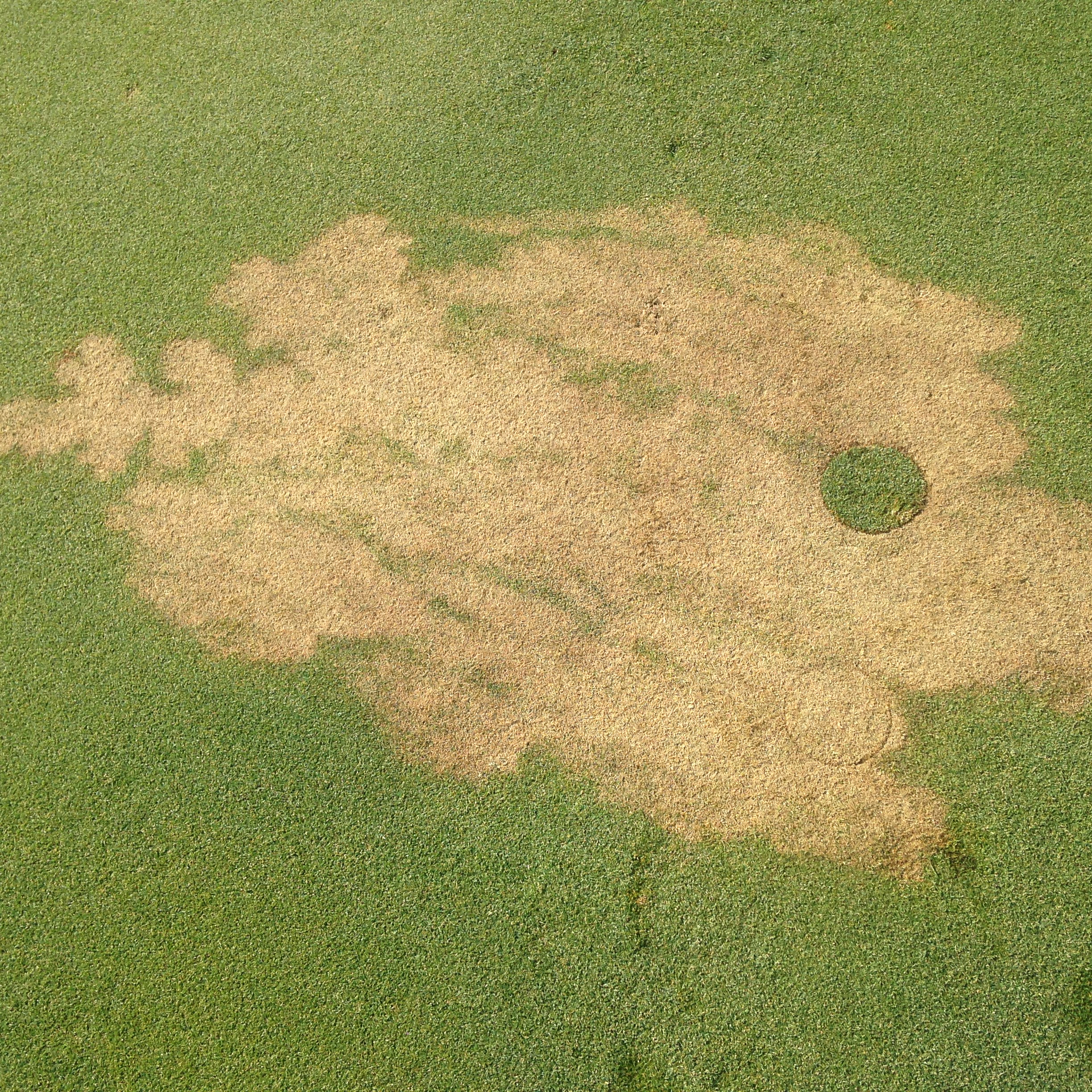 The final picture from Kurt was taken on Sept. 22, 2016.  Most of the grass that has returned is Poa annua that has germinated into the area. 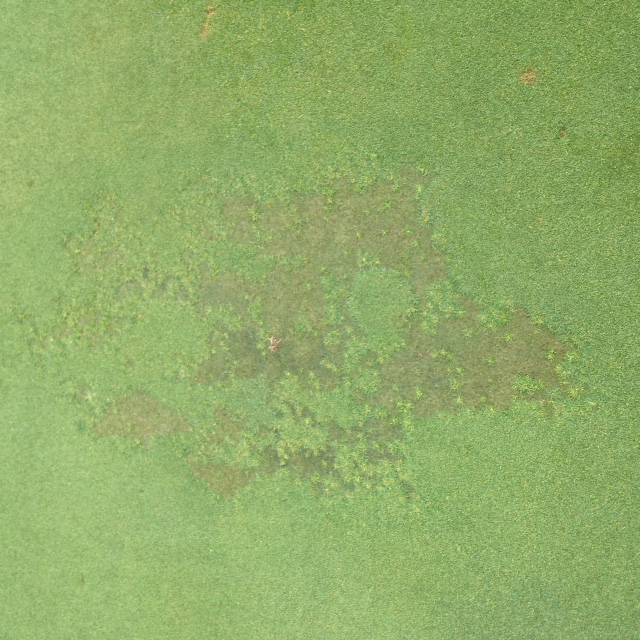 While the first one recovered in about 8 weeks, the second one did not.  In the future, I will recommend that the superintendent do some plugging or overseeding shortly after the strike to assure recovery.

I often get questions at this time of year about creeping bentgrass turning a purple color.  The symptom of phosphorus deficiency is initially a reddish color, followed by a purple discoloration.  Figure 1 shows a study at Michigan State University a few years ago.  It shows true P deficiency.  Notice how the problem disappears when small amounts of P are added to the area. 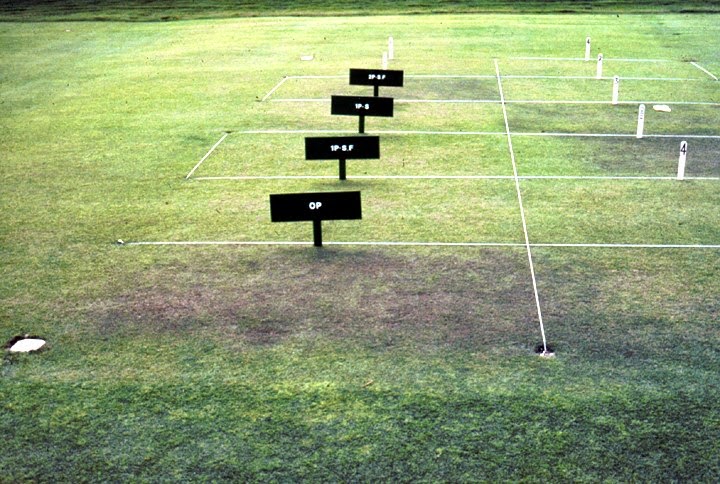 In the fall, however, grasses can take on s similar purple appearance in response to cool temperatures.  What you are seeing is a plant pigment called anthocyanin.  This is quite common in creeping bentgrass, particularly some of the old, stolonized varieties.  Figures 2, 3 and 4 were taken on a golf course in Des Moines, Ia. last week.  This course was established more than 60 years ago to a stolonized variety called “Washington”.  Washington bentgrass was known for turning purple every fall when temperatures dropped.  The purple patches are Washington bent and the surrounding greener bentgrass is Penncross and a few other newer varieties. This shows how persistent some of these old varieties are and how long they can be found in greens.

So, how can you tell the difference between true P deficiency and grass turning purple in the fall?   Soil tests can help.  I generally do not see P deficiency symptoms on bentgrass unless P levels fall below 10 lb/acre (5 ppm).  The greens on the course in Des Moines have levels of 250 to 300 lb/acre.  The other way is to simply apply P to the area in a test strip.  Usually 0.5 to 1 lb P/1000 sq. ft. will be sufficient.  If the grass turns green again, it was P deficiency.  If it stays purple, it was a response to cold temperatures. 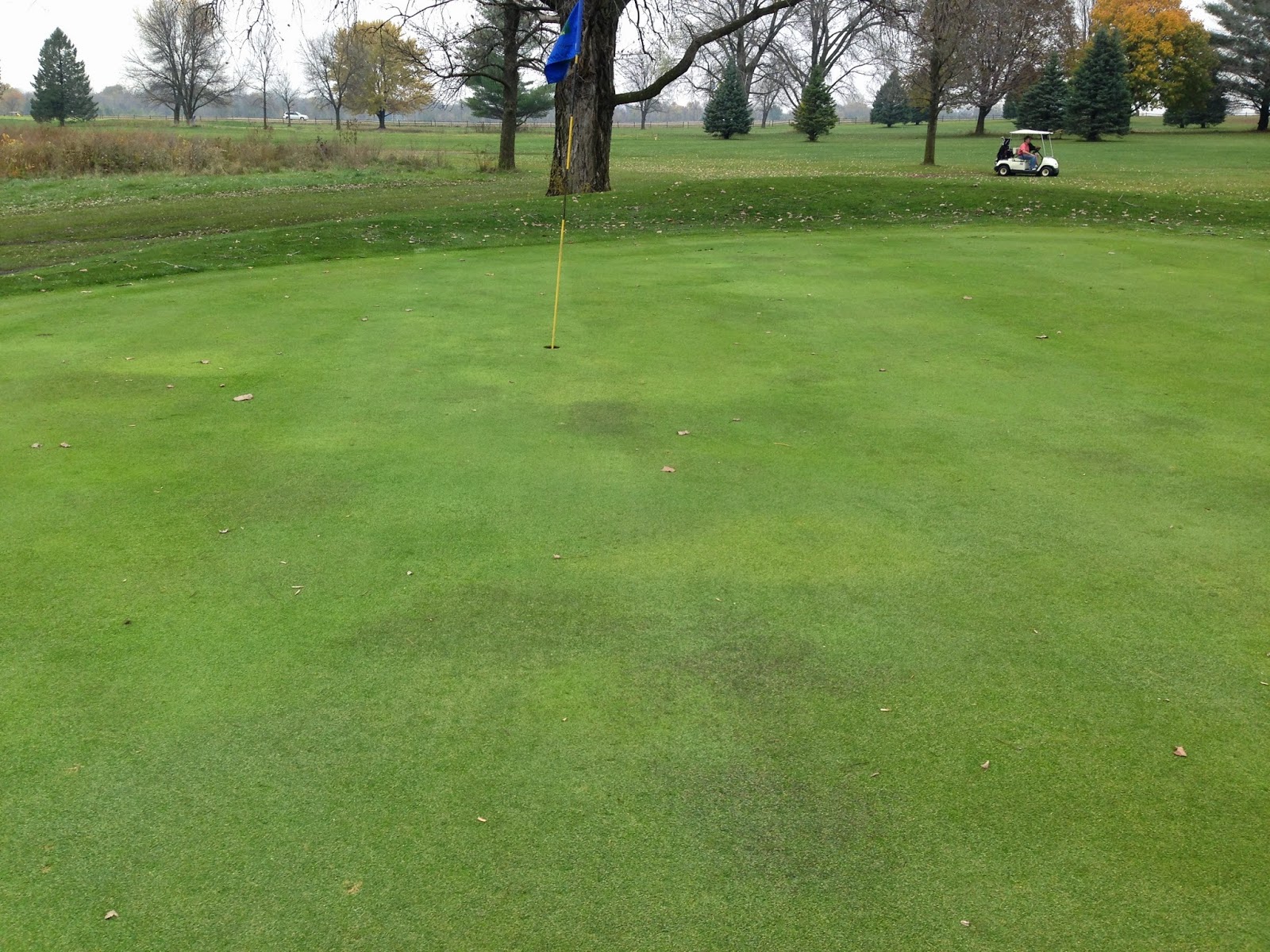 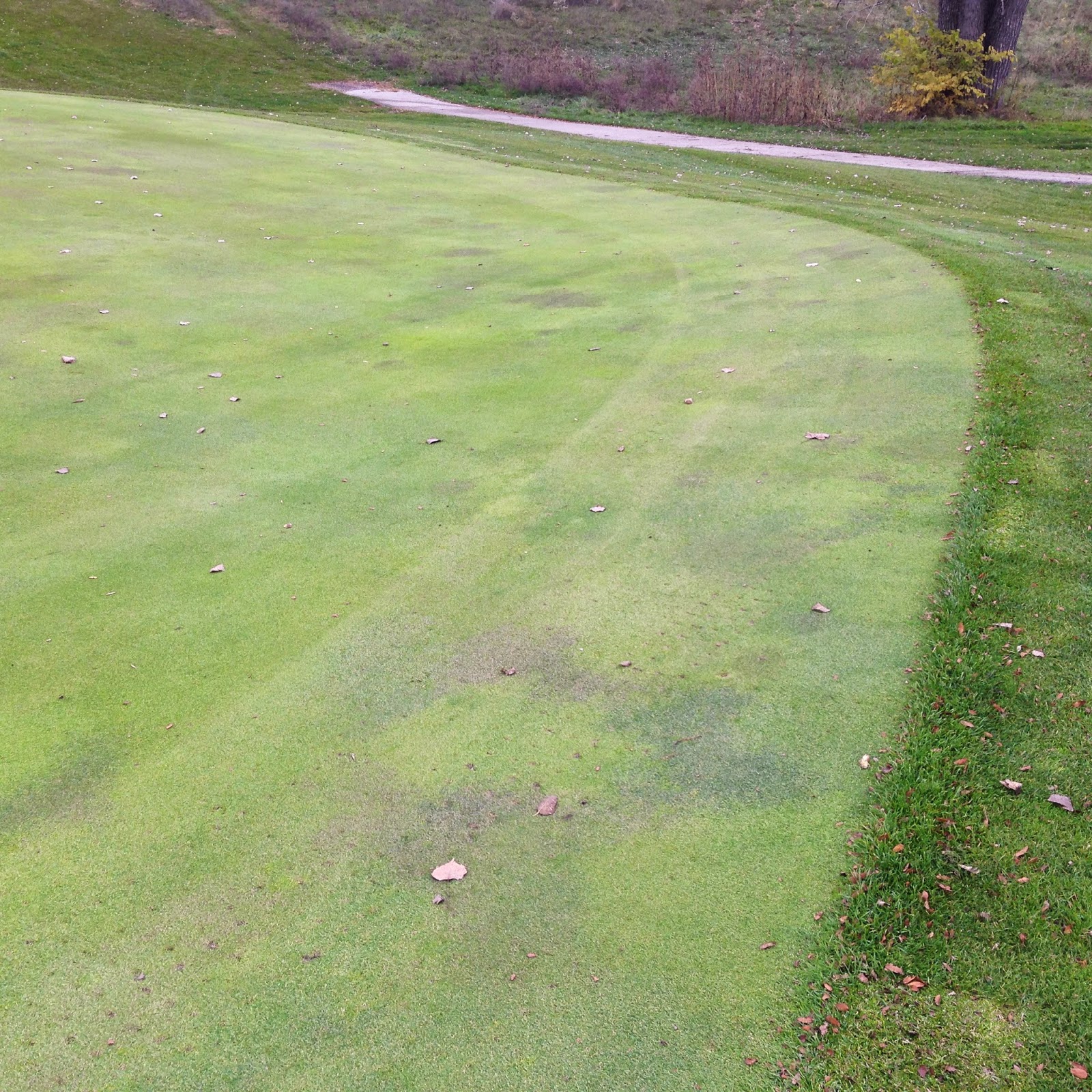 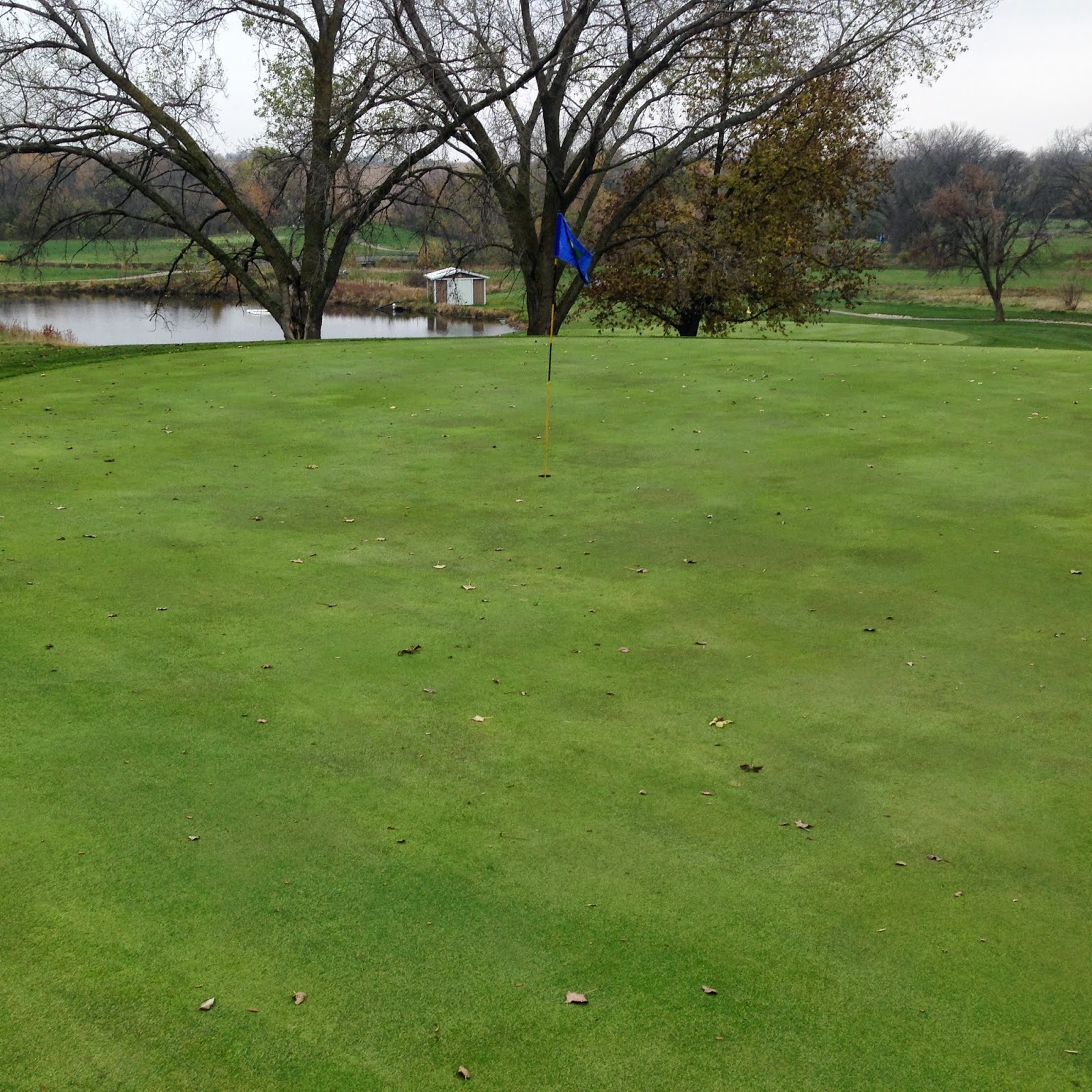