Rain, Divots, and a Car Parked on a Green 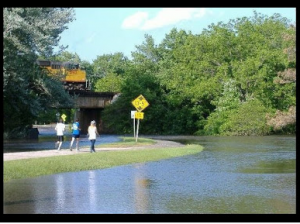 Rainy conditions across much of the state have limited everyone’s outdoors activity thus far this week. So far, Ames has received over 1.5 inches of rain and it looks like we’re headed for more on Wednesday. With the extra time spent in the office this week, I had the opportunity to put together a write up about some of my research involving the stolon growth of various creeping bentgrass cultivars and their ability to recover from divots.

A host of improved cultivars of creeping bentgrass have been released onto the market that possess improved agronomic characteristics such as vertical shoot growth, higher shoot densities, and narrower leaf blades. While many believe these morphological characteristics create an improved playing surface there are questions about the ability of these improved varieties to spread laterally compared to older varieties such as Penncross. While it is generally agreed that creeping bentgrass possesses relatively high recuperative potential, minimal research has focused on differences among cultivars of creeping bentgrass.

I started the study June 1 by transplanting 100 plugs of creeping bentgrass (24 different cultivars) into a fallow area. Prior to transplant, the area was treated with Basamid in order to limit competition from weeds. The plugs were simply allowed to grow, unabated, throughout the season. 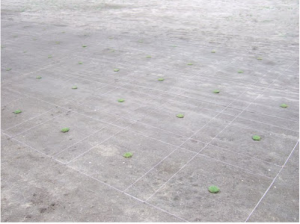 The second phase of the study involved creating simulated divots by removing a core of turf and soil from a fairway that contained the same 24 cultivars with a cup cutter and backfilling the area with soil. No seed was added. The “divots” were simply allowed to grow and heal back in. The maintenance of the area was designed to simulate golf course fairway conditions.

I used a new piece of technology to evaluate the progress of the study called Digital Image Analysis. The software is able to distinguish between different colors (green turf and bare soil in this case) and calculates the percentage of green turf in the picture. With some simple calibrations and calculations, I am able to determine the rate of spread of each of the cultivars. 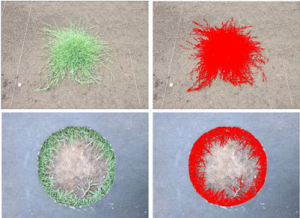 Stolon Growth – Non mowed. Differences among cultivars were observed for lateral spread. Penncross had the fastest establishment rate and Bengal had the slowest. The cultivars SR 1150, Crenshaw, Imperial, Kingpin, L-93, MacKenzie, Crystal Bluelinks, Pennlinks II, Penn G-6, Putter, Memorial, Penn A-4, and Tyee all had establishment rates statistically similar to Penncross. The others had growth rates slower than Penncross. 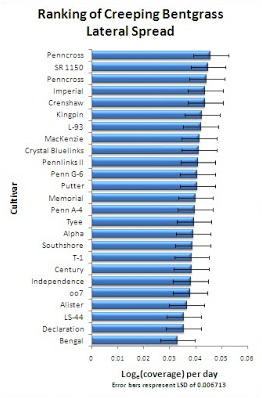 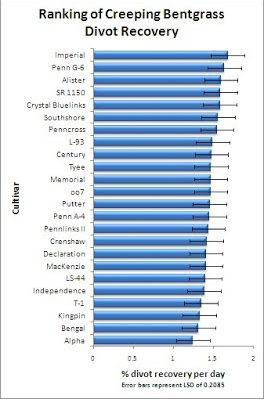 While the differences appear small, consider that divots can take anywhere between 6 and 10 weeks to heal depending on the time of year and the management conditions. A small difference each day could end up being a big difference over the course of a couple months.

One of the big factors influencing lateral spread of grasses with stolons is the length of the internodes. As I stated earlier, the improved cultivars of creeping bentgrass posses higher shoot densities. This is possible because these cultivars have shorter internodes, thus a higher number of shoots per area.

I measured the internode length of all 24 cultivars and the general trend is that grasses with longer internodes (lower shoot densities) spread faster than grasses with shorter internodes (higher shoot densities). The take home message, there is a trade-off between lateral spread and shoot density. The location of the area (green, tee, fairway) should partially dictate cultivar selection given that cultivars of creeping bentgrass vary in their lateral spread.

On a side note, did anybody see the story from the TPC at Sawgrass last week about the couple who drove and parked their car on the 8th green? I first saw the story on the Golf Course Management Blog. If you haven’t seen it, it’s worth the read.