On January 11, 2013, Dan Strey reported on the new tee complex at the Iowa State Research area.  The new site had been seeded in the fall and covers had been placed on it for winter protection.  We lost a surprising amount of grass under the covers on the upper part of the tee this spring, even though the area had been covered.  Here is Dan's report on the spring results.  I do not have a good explanation for why we lost the grass on the upper part of the tee, I generally do not see this on covered areas.

At the end of last year, I wrote about the construction of a new tee complex at the Horticultue Research Station. Well, the covers were finally removed this past week, and it was rather surprising what we found underneath.

The 80/20 mix of Kentucky bluegrass and Perennial ryegrass that was planted on the surrounds handled the winter well, especially in the areas covered. However, the bentrgrass areas had much different results. 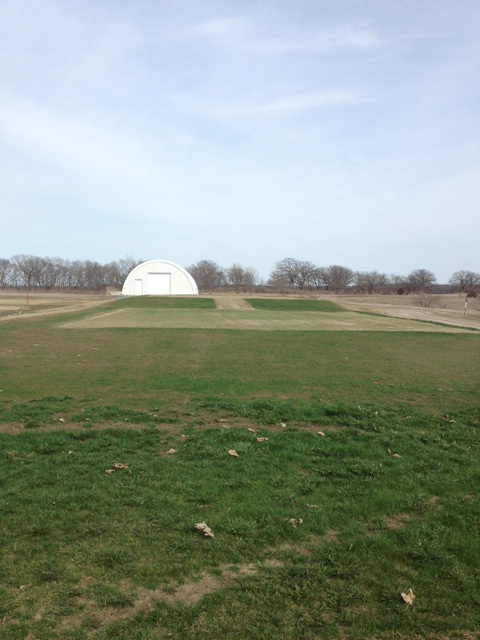 The bottom tee grew in well before the winter and was even mowed once before covering the area. We did observe yellow patch in late October, but the damage was rather minute. The bottom tee showed very little winter damage after removing the covers.

The top tee is another story. The area hadn’t germinated as well as the bottom tee last fall, but was still in pretty good shape.  As we removed the covers, I noticed the sand was extremely dry and there wasn’t green grass to be found. 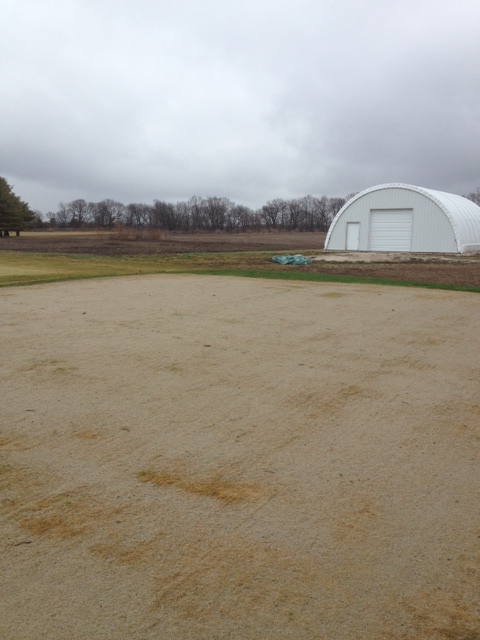 I am thinking that the area became too dry since the snow melted off.  The tee is located in an area that is exposed to winds from any direction. The probability of the turf recovering is rather small. We will most likely have to reseed the area this spring.