An Instant Classic, Kentucky Bluegrass decline, and a Big Storm

The Open Championship concluded over the weekend with first time major champion Louis Oosthuizen running away from the field for the victory. With three of the four majors completed the summer is off and rolling.

The Field Day Classic was held last week at Jewell Golf and Country Club. It was a great day despite the heat with temperatures reaching into the high 90’s and a heat index well over 100. The course was in great shape and the weather didn’t seem to hinder low scoring. Special thanks to Brian Abels and his entire staff for hosting and putting on a great event. 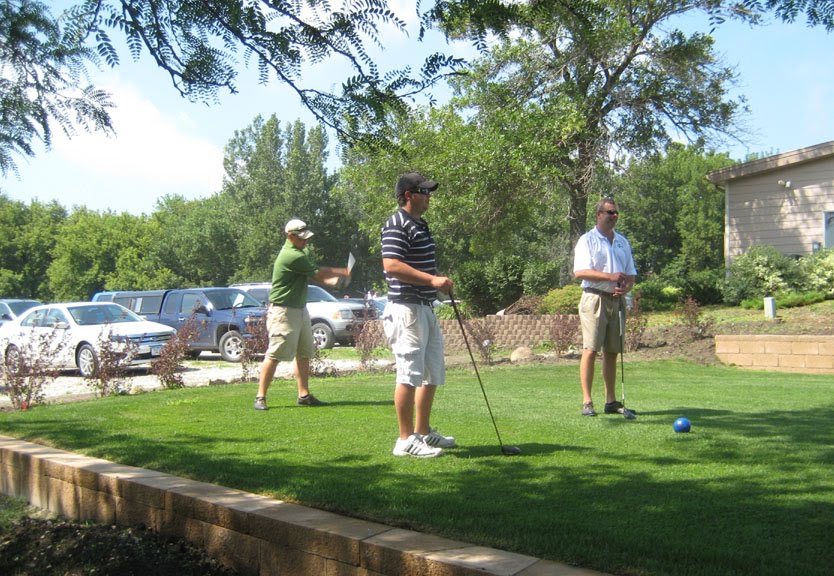 The hot temperatures have also been causing havoc to our cool-season turfgrasses as well. Soil temperatures are now reaching into the low 80’s causing root growth to stop. Research has shown that creeping bentgrass generally loses about three quarters of its root biomass from the end of May to the beginning of June. This natural root decline coupled with the extreme rainfall amounts during the month of June which caused roots to pull back has resulted in turf that is especially sensitive to environmental and fungal stresses.

I have seen Kentucky bluegrass beginning to decline over the last couple of weeks. The pictures below show a low-mow Kentucky bluegrass intermediate rough. After inspecting the area, the decline seemed to be the result of leaf spot/melting out disease. The disease activity was also more prevalent where the turf was under shade part of the day. Notice how the common type Kentucky bluegrass in the primary rough remains largely unaffected. Mowing height also appears to be playing a large role in the disease activity. Leaf spot can be controlled on a curative basis but applications are most effective in the early stages of the disease. 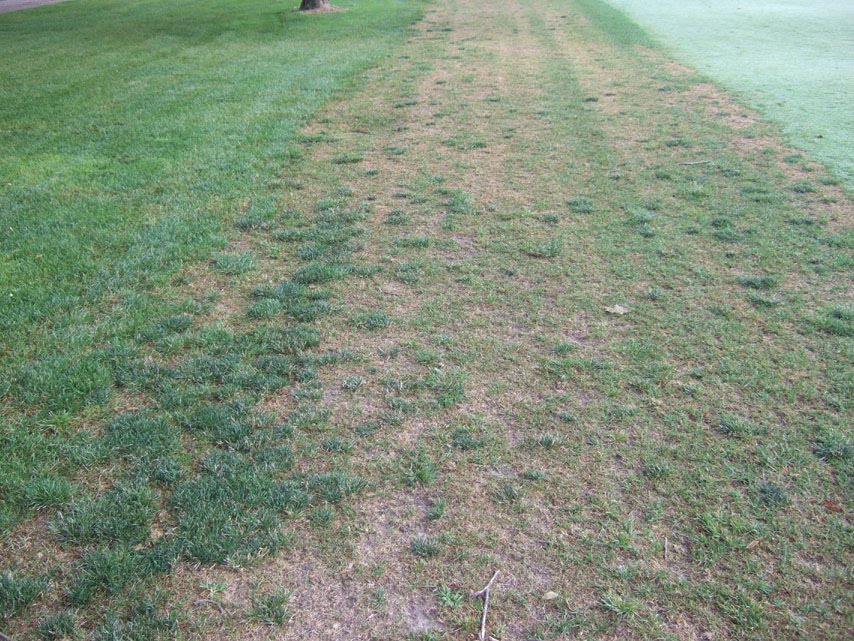 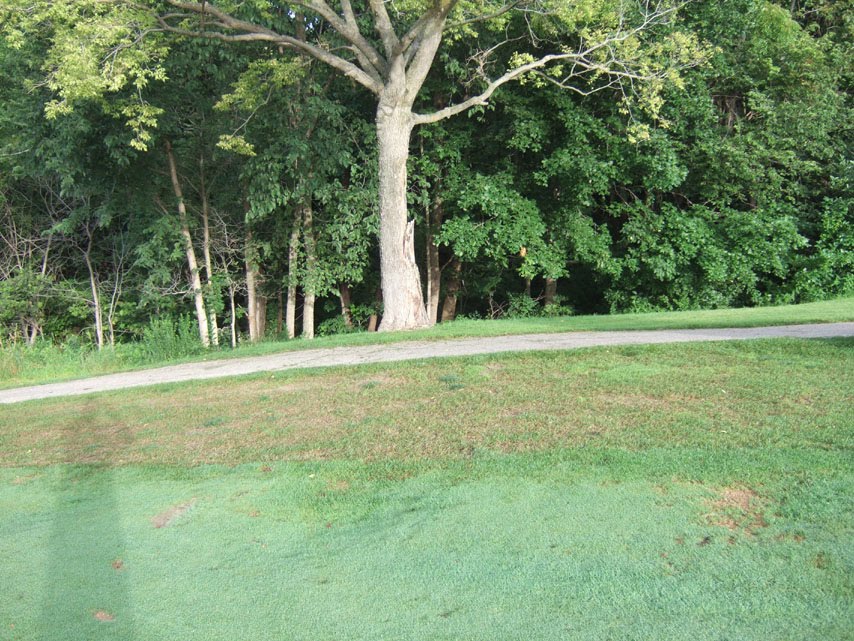 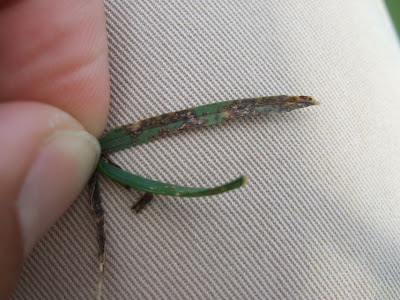 Diseases will continue to wreak havoc on our cool-season grasses the rest of the summer. For those of you with large acres of perennial ryegrass, the prime window for gray leaf spot is right around the corner.

On a side note, Ames and central Iowa had severe storms roll through Saturday night with winds reaching speeds of over 70 mph. While I kind of like severe weather I do not enjoy the cleanup. Waking up Sunday morning it looked like a bomb had went off in the neighborhood with plant debris and trees down everywhere. Luckily the picture below wasn’t from my house but wasn’t too far away. Hopefully the rest of you in central Iowa were able to avoid damage as well. 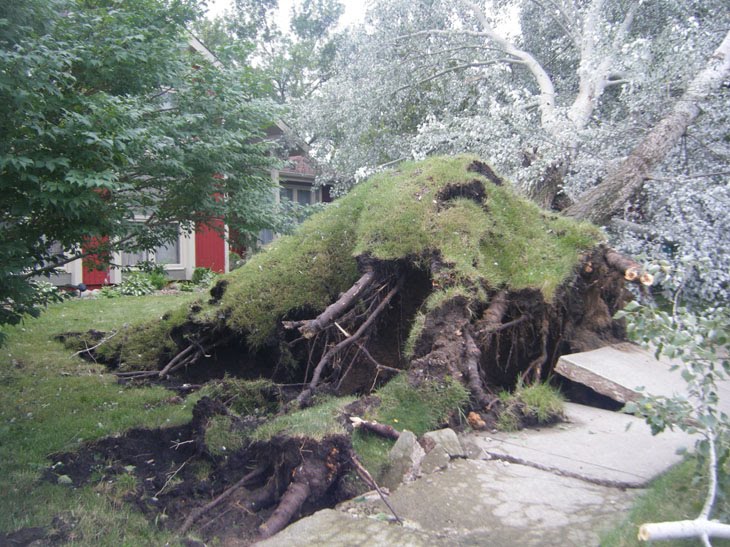