Improving Accuracy of Disease Rating for Dollar Spot on Turf

The following is a post from a student named Steve Johnson. He is an undergraduate who was working for Dr. Mark Gleason on a pathology research project this summer. He is doing this as part of the requirement for his Hort 391 special studies course. Hopefully, this will start a trend and we will have several other posts like it this fall.

Many turfgrasses are susceptible to fungal diseases and this leads to many maintenance issues for turf practitioners.  In response to the detrimental effects of turf diseases caused by a wide assortment of fungi, a precise reading of the amount of turf infected by a disease is needed to determine the proper course of action.

In evaluating alternatives for suppressing turf diseases, its important to have a method to separate the effective treatments and the from the less effective ones.  This often requires replicated field trials, often at multiple sites, comparing each alternative in the same turfgrass stand.  But how, exactly, does one measure disease severity.

Disease severity is usually measured by some sort of visual estimation method.  In other words, you look at the turf that was treated with each respective fungicide treatment and try to visually estimate a number a represents how severe the disease symptoms appear.  This is not always accurate and may not be consistent from one rating to the next or from person to person.

As an example of this, lets consider the turf disease dollar spot, caused by the fungus Sclerotinia homeocarpa. Dollar spot is a relentless disease that is recognized by it distinctive lesions that are often the size of the a silver dollar and the lesions can grow together in severe cases.  Dollar spot is the most expensive disease to control on golf courses across much of the Midwest and Eastern United States.

In comparing dollar spot fungicide treatments to each other, how can we measure disease severity?  One way is to estimate the percentage of the plot that has turned brown due to the disease.  But one person rating the percentage of dollar spot may come up with a different number than someone else.  Others have two people rate the same plot independently of each other.  So how can we be sure that the disease ratings are consistent and reliable?

Evaluating a way to accurately estimate dollar spot severity on greens-height creeping bentgrass was the objective of this study.  We wanted to find out how different two people would rate the same turf plots, and then average the ratings to reduce bias from individual ratings.  A trial was conducted during the summer of 2010 at the ISU Horticulture Research Station to evaluate dollar spot severity on creeping bentgrass.

The results of this study are mean to be relevant for disease severity ratings of many diseases and grasses, not just bentgrass and dollar spot.

Examples of turf from the Hort farm plots infected with dollar spot. 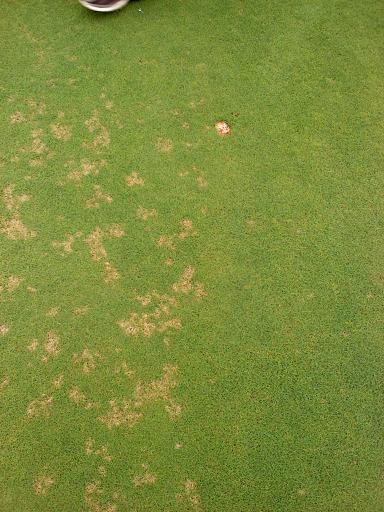 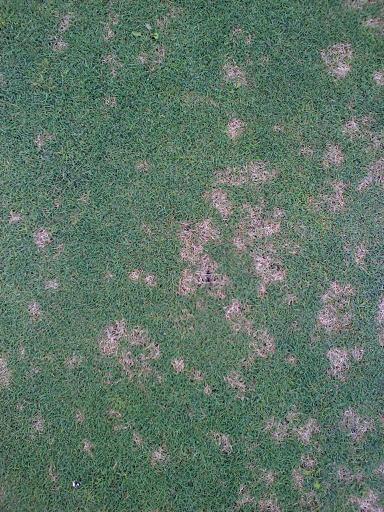 ISU Horticulture Farm turf plot marked out for the experiment. The white string was used to show where the corners of each were.  We then spray-painted the corners in order to visually locate where each plot was without the strings.  The strings were removed after all the corners had been painted so regular maintenance could continue. 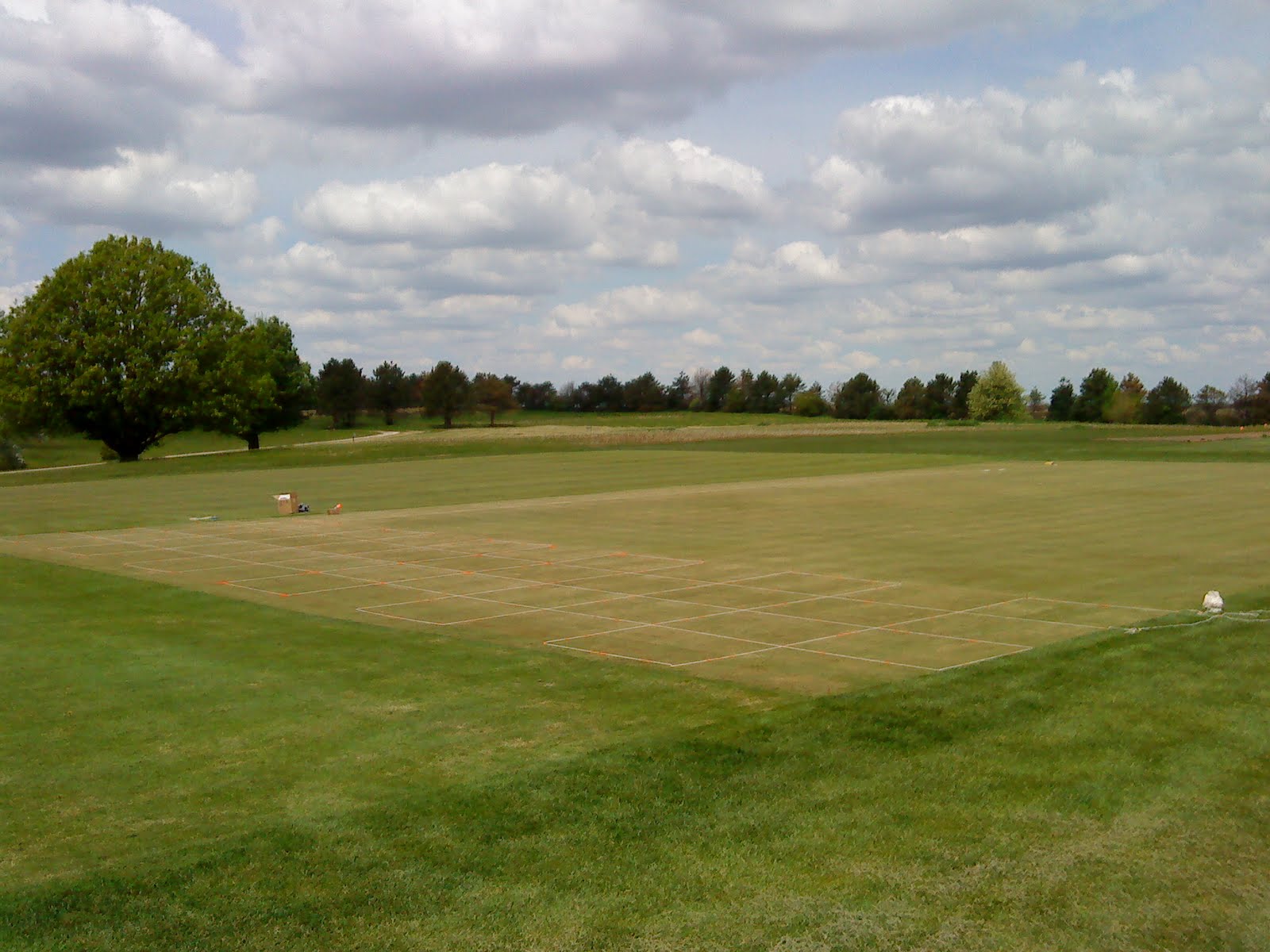 WOI green located just north of Roy J. Carver Co-Lab on the northwest edge of the ISU campus.  It was marked out and prepared for the experiment in the exact same manner as the plots at the Research Station. 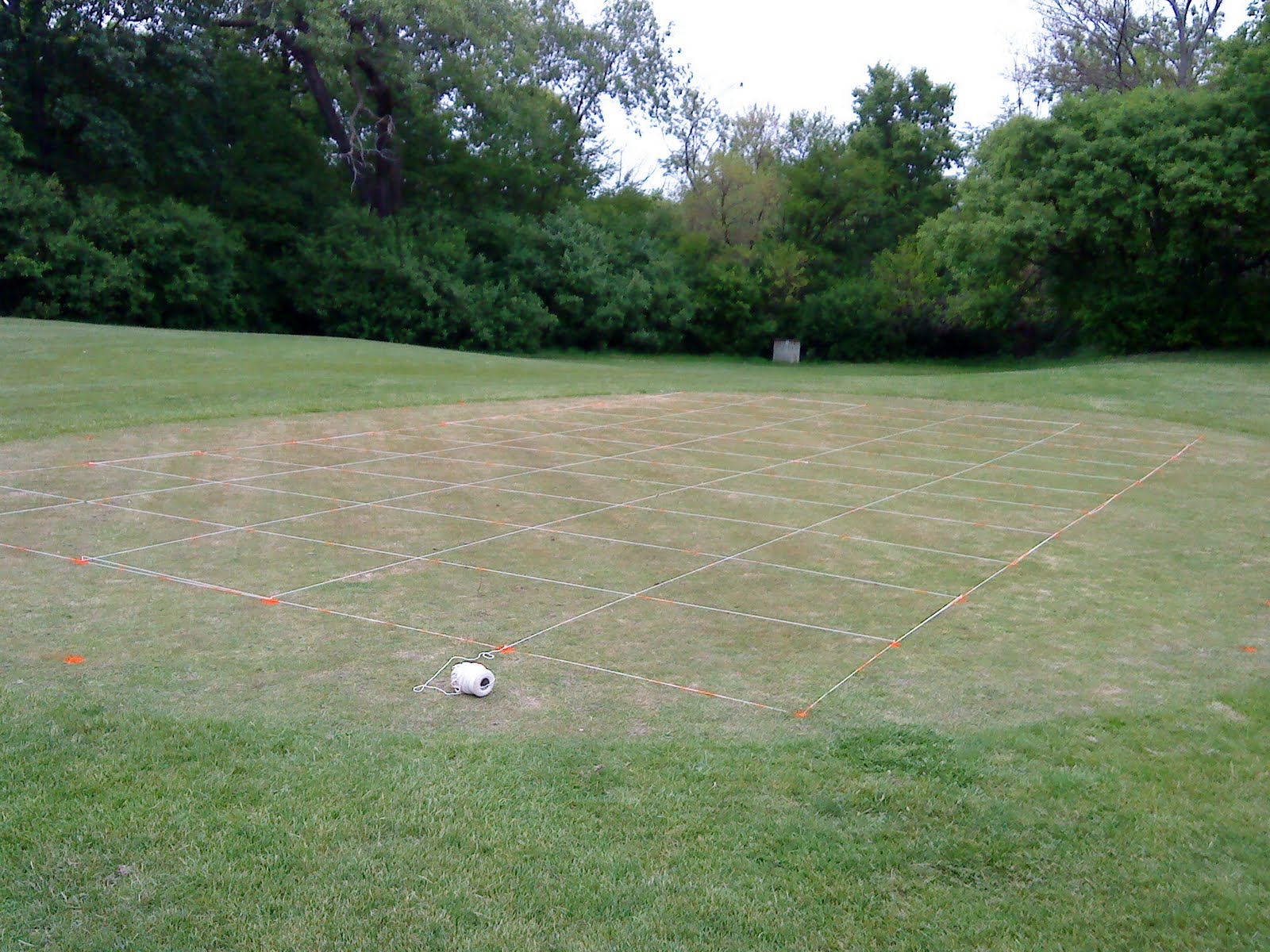