We close the book on July and welcome August with open arms. August means that we are that much closer to September and better growing conditions. July was full of stressful conditions throughout most parts of the state and it contributed to general decline of our cool-season turf. Last July we were spoiled as the average temperature of 68.3 degrees ranked as the coolest July among 137 years of state records. July 2010 returned to normal with average temperatures of 75 degrees, just slightly above normal. 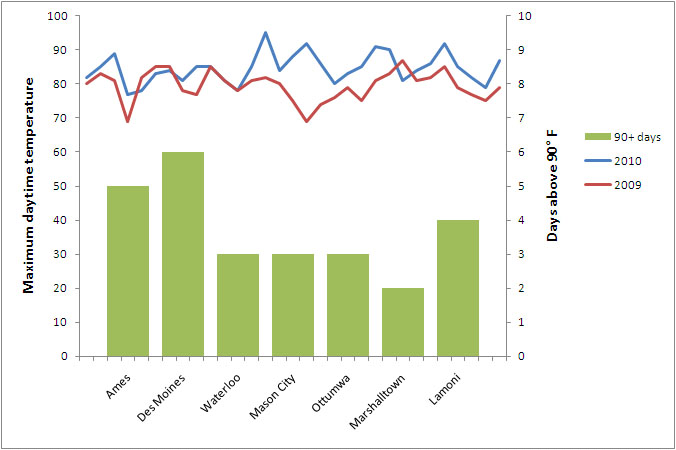 The hottest day of the month occurred on July 14 with daytime temperatures reaching 95 degrees. The Des Moines area experienced the most days with temperatures in the 90’s with 6 followed closely by Ames (5) and Lamoni (4). Waterloo, Mason City, and Ottumwa each had 3 days in the 90’s. The high air temperatures also contributed to further heating of the soil profile. Soil temperatures spent much of the month in the high 70’s low 80’s further leading to turf decline.

The wettest June on record was followed by a July which brought above average rainfall amounts for much of the state. Waterloo and Ottumwa were hit hard with each location receiving over 10 inches of rain. Marshalltown (6.32), Lamoni (5.69), Des Moines (5.44), and Mason City (4.94) each received rainfall amounts above average for the month of July.

The above average temperatures along with excess amounts of rainfall created conditions favorable for disease development. The picture below is a disease that showed up on one of my research plots. The grass is ‘L-93’ creeping bentgrass maintained at 0.5 inches. The turf is planted on a sand-based rootzone and was established during the fall of 2008. The symptoms first appeared during the middle of July yet the turf hasn’t really declined and continues to grow. 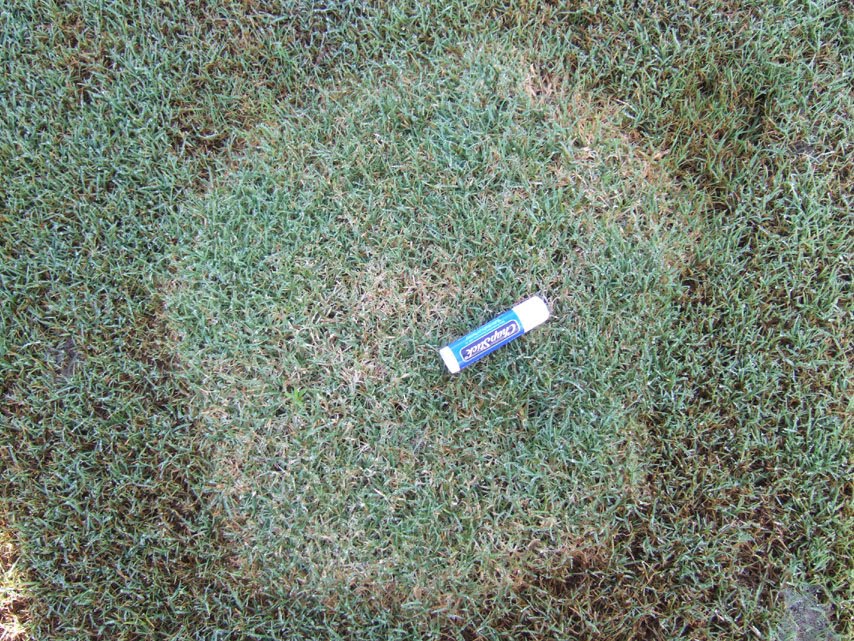 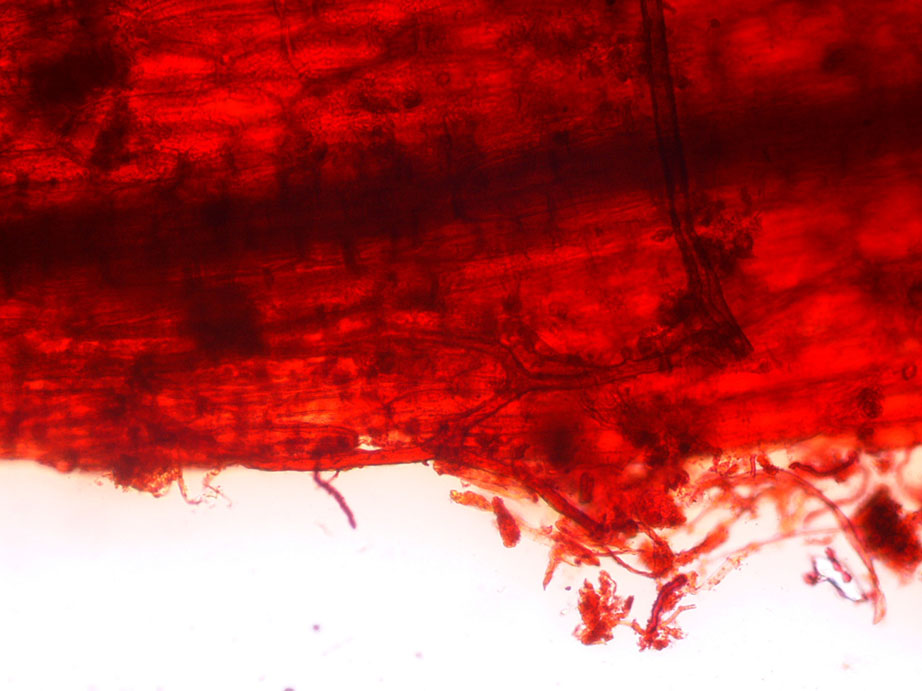 Taking a closer look using a compound microscope I was able to find hyphae infecting the roots of the plant. Hypha on the roots is characteristic of both summer patch and take-all-patch. The plant disease clinic here on campus is helping to diagnose exactly which disease this is.

Let’s hope August brings everyone a break from the rain. September 1 is less than 30 days away!