Here is a post from some friends in St. Louis. Ryan was an Iowa Stater who graduated 3 years ago. They are also having a very early spring.

By: Ryan Madden and Nick Zerr

Nick Zerr is the Class A Superintendent at Sunset Country Club in St. Louis, Missouri.

With the unseasonably warm temperatures during the entire month of March, Zoysiagrass has not only begun to green up and emerge from dormancy, but it is growing in full force. At Sunset Country Club in St. Louis, Missouri we have Meyer Zoysia tees and fairways. As of March 21, 2012 we have had 755 growing degree days compared to 560 on the same date in 2011 using 32 degrees as a base. Usually we see green up sometime in mid to late April and do not begin to mow our Zoysia until late April to early May. However, this spring has already thrown us for a loop. We began to see our Zoysia emerging from dormancy the first full week of March. It was completely greened up and out of dormancy by March 21st and we began to mow it the last week of March. We have noticed that our fairways are a week or more ahead of our tees. We can contribute this difference to mowing height. The higher the mowing height in late summer and early fall, the faster the Zoysia emerges from dormancy the following spring. Obviously, the turf is healthier at a slightly higher mowing height and endures winter stress and dormant herbicide applications much better. Our biggest concern with early Zoysia green up is the threat of a freeze or a heavy frost. In St. Louis, we are not frost free until May 5th and in 2011 we had a frost as late as May 11th. Our preventable measures for frost include raising our mowing heights this time of year and running our irrigation system to burn off any frost after it occurs. 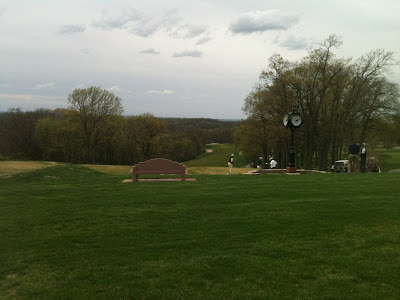 You can see our tees in the foreground are still mostly dormant while our fairway in the distance has emerged from dormancy. Picture taken March 21, 2012 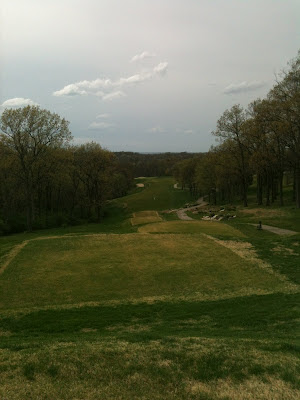 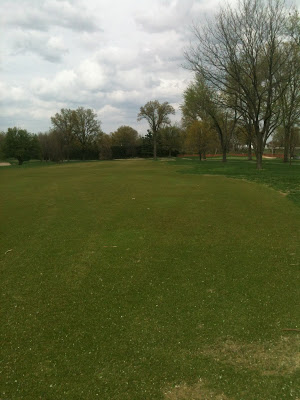 This is a different location on the course as the previous pictures but a closer view. Picture taken March 21, 2012. 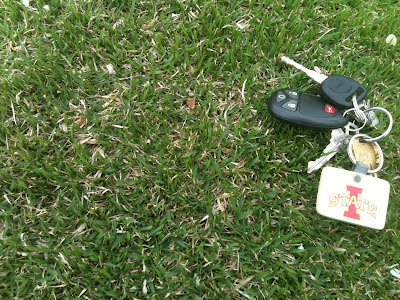 This picture is of the same fairway as above, but a very close view. Picture taken March 21, 2012. 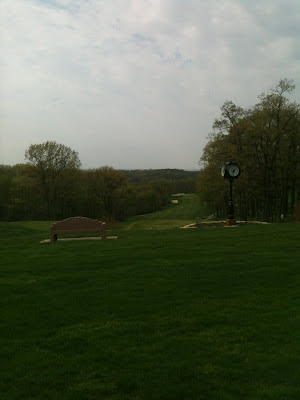 Same picture as the ones above. However, this one is taken after our first mowing on March 26, 2012.