Red Thread is a turfgrass disease caused by the fungi (Laetisaria fuciformis).  It occurs on most major turf species, generally on areas that are somewhat deficient in nitrogen (N).

We are seeing a lot of it this week on both Kentucky bluegrass and perennial ryegrass.  It has not shown up on tall fescue as of July 1.  The disease gets its name from “red threads” that appear near the tips of the leaf blades.  These threads are much larger than microscopic hypa(e) and are readily visible with the naked eye. The red threads are known technically as stromata or stroma. The disease may also express itself as a mycelial mass (group of hyphae) that appear as tufts of cottony-like material that appear over the surface over the turf.  The blighted areas are usually a few inches in diameter, about the size of a soft ball.  It can blight an entire turf area under the right conditions.

While we commonly see it on perennial ryegrass in most years, widespread outbreaks on bluegrass, such as we are seeing this year, are unusual.

Fertilizing the area with N can be an effective cultural practice to handle this disease.  There are also several fungicides labeled for it.  The disease usually runs its course on Kentucky bluegrass and the application of fungicides are generally not necessary.

The first picture is from Larry Ginger of American Lawn Care, who reported seeing red thread in early June. 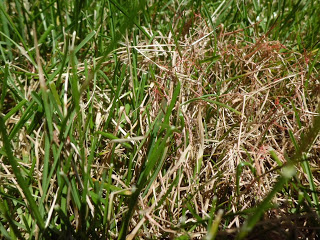 This is a picture from the research station take today (July 1, 2015) 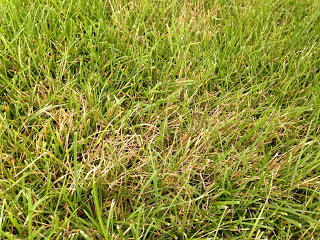 The next two pictures were taken at the research station in past years. 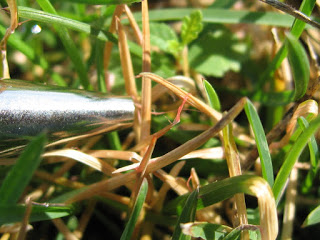 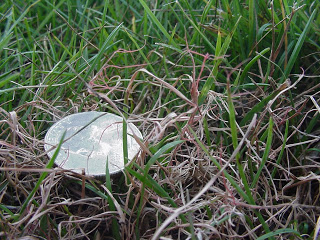