Here is a blog from Dan Strey, research associate at the turf research site.  It is about the new construction that he is doing at the Hort Research Station.  This will be part of the turf field day on July 23, 2015.

Just over a couple of weeks ago, we began construction of a new three acre site that will be used for future sports turf research. The area will be divided into three different plots. The first being a native soil field. Topsoil from the existing site was stripped and stockpiled prior to reshaping. Once the clay subgrade was moved and leveled, ten to twelve inches of topsoil was then placed on top. The second plot will evaluate sand topdressing over existing native soil fields. The construction process will be similar to that of the native soil field. Once the area is seeded, topdressing will begin to take place. Lastly, the third plot will have a four inch sand cap. The subgrade will contain a minimum of four inches below the sand cap. The three plots were designed to represent the major types of fields being used and constructed in the state of Iowa as well as the Midwest.

The rough grade is nearing completion. We spent the last two weeks moving over 6,000 cubic yards of soil. We expect to begin the irrigation work within the next week or two. The system includes 72 heads, 24 electric valves, 8 isolation valves, 12 quick couplers, 3 miles of wire and 1.25 miles of pipe. Once complete, we will move on to the drainage system.

Last week the Iowa State News Service published a press release regarding the construction project. They included a video from the site. The link to the release is http://www.news.iastate.edu/news/2015/06/10/sportsturf

The Ames Tribune also ran a story on this last week, here is the link http://amestrib.com/news/new-isu-sports-turf-research-park-underway.

Planning for the project started last fall where we identified the location, plans were constructed, and  sought out donations to help fund the project. We had an overwhelming response from the turf, irrigation, and construction industries. By early spring, the project was 100% funded. Here is a list of our sponsors and donors.

Thank you to everyone who has helped make this project happen!

Here are some pictures from the construction process.  As of June 15, the subgrade has been completed and the top soil placed. 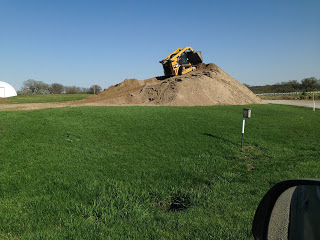 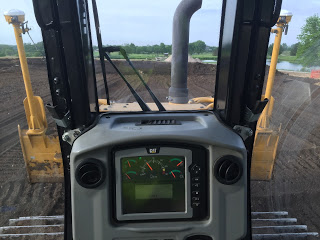 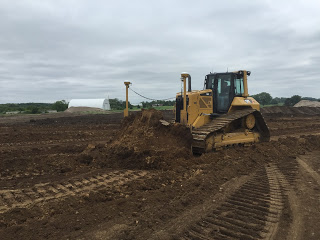 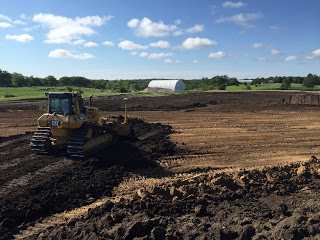 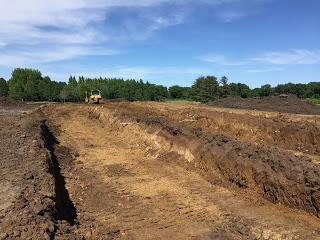 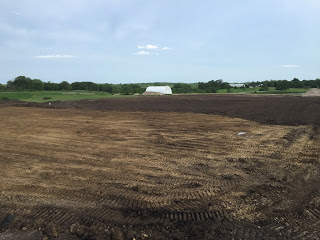 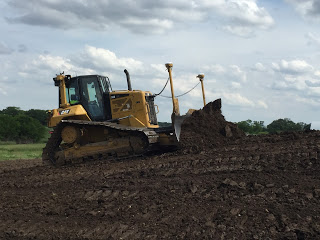