Throughout the United States, an increasing number of turf areas are using recycled municipal water for irrigation. The biggest issue with using recycled water for irrigation is the potential problem of turf injury due to high concentrations of dissolved salts. Plant requirements for the nutrients boron, copper, zinc, chlorine and nickel are in very small quantities, generally available in every soil, and rarely require additional inputs. It is very unusual to see deficiencies of these nutrients, as a result.

However, what happens if you have too much? Chlorine as well as other micro nutrient toxicities have become a widespread problem with the increased use of recycled water. Chlorine toxicity from swimming pools has been a particular concern for many years. If an individual empties their pool water on their lawn, will it end up killing the turf? In most cases very little to no damage has been seen in these situations. Turf can endure higher chlorine levels than other landscape plants such as trees, shrubs, and ornamentals. Chlorine from pools is considered to be of little to no concern (generally 1-4ppm requirements), where as recycled water can be of much higher concentration. 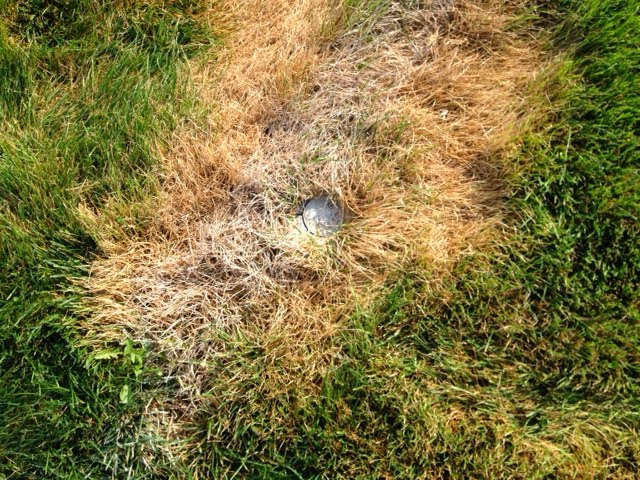 The below pictures were taken from Kickers Sports Complex in Iowa City, Iowa. I visited the site about a month ago to talk with Joe Wagner following chlorine toxicity due to the use of recycled water. The water treatment facility had one of their chlorine pumps break down and were using a single pump for two purposes. As a result, the pump was overwhelmed during irrigation depressurization, which added large amounts of chlorine into the main irrigation line. High concentrations of chlorine were then distributed to a few irrigation heads, killing two large areas of turf on separate fields. Members of Joe’s crew stated that the areas smelled like a swimming pool a few days after the issue occurred. I would guess that the concentration if chlorine was in the 500ppm range to cause the issues observed. Since the chlorine toxicity, Joe and Kickers Sports complex has added their own chlorine pump to prevent future occurrences. 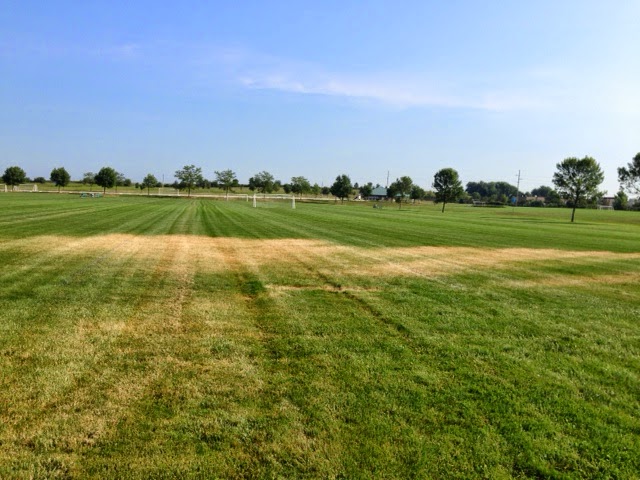 Chlorine typically is one of the most easily leached micronutrients. With rainfall and irrigation over the last month, the chlorine probably flushed rather quickly, especially from the sand-based field. Joe and his crew came back in and seeded the areas that had died.  With the increased use of recycled water, there will be more occurrences of micronutrient toxicity in future years. 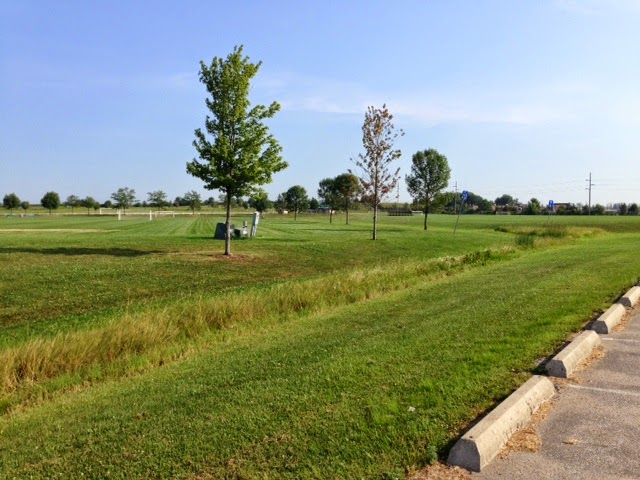