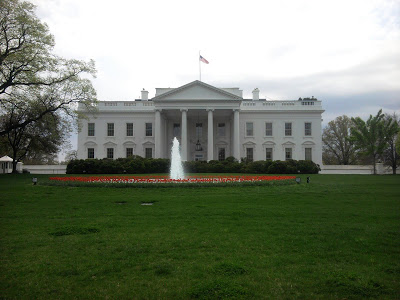 Did you know that today was national golf day? Golf is a major industry in the United States that generates jobs, commerce, economic development, and tax revenues for communities throughout the country. A 2005 study showed that golf is a $76 billion dollar industry which generated $195 billion dollars in total economic input towards the national economy.

Locally, the state of Iowa has the third highest number of holes per capita which generate approximately 770 million dollars in total economic input and contribute over 10,000 jobs to the state. Despite this impact, the majority of the public know little about the economic impact of the sport and the turfgrass industry.

A number of individuals are on Capital Hill today to speak to lawmakers about the U.S. golf industry's economic, environmental, and social contributions. We have an Iowa tie in Washington as Jay Goughnour, Superintendent/Owner Racoon Valley Golf Course, is there to tell his story.

In November 2007, Goughnour bought Raccoon Valley Golf Course in his hometown of Jefferson, Iowa. He would continue to serve as the golf course superintendent, while his wife, Nikki, tended to the pro shop and office. But just months after purchasing the golf facility, Mother Nature unleashed her fury as water overflowed the banks of the adjacent Raccoon Creek. The Goughners would close their course for more than a month, losing $40,000 in revenue during the height of the golf season (accounting for just under 25 percent of annual revenues). Furthermore, the couple took out a loan for $60,000 to repair the damage.

Working diligently – while taking second jobs to cover the bills – the Goughnours slowly returned the course back to where it was with the intent on improving it. “It is the American dream to be a business owner,” Jay Goughnour says. "Then, through no fault of your own, it gets wiped away by a freak of nature. We are working hard to restore what we had and improve upon it. It would have been nice to be on the same footing as other small businesses to be eligible for government aid."

Each of us has our own story to tell about how golf and the turf industry has impacted our lives. Take the opportunity to speak to representatives in your communities about the benefits of the turfgrass industry. Below is a message from Davis Love III about National Golf Day.