On May 28, Dr. Zach Reicher of the University of Nebraska and John Newton, CGCS at the Iowa State University golf course (Veenker Memorial) began a test of buffalograss (Buchloe dactyloides) as a grass for roughs.  Buffalograss is a warm-season species and is generally not used in our region.  Our wet climate generally assures that competing weeds out-compete the buffalograss over time and it is more difficult to maintain than the standard Kentucky bluegrass.

The release of Tenacity (mesotrione) gives us a new tool to fight weeds in buffalograss and the test is designed to determine if buffalograss is a viable option in our climate, if we can keep competing weeds from becoming a problem.  Zach's recommendation on the rate of Teancity is as follows:

The buffalograss was a turf-type variety called "Bowie" (Gr-742).  An area a little larger than an acre between two fairways was killed with Roundup (glphosate) in mid-May.  Three methods of establishment was used.  One third of the area was tilled and seeded at 2 pounds of burs per 1000 sq.ft. The same rate of seed was slice-seeded into another one third and the final area was core aerfied and seeded.  The areas were irrigated until the seed germinated.  Tenacity was applied the week of June 9 and again on June 20.  We will continue to monitor the area for the next couple of years and keep you posted as to how it is working. 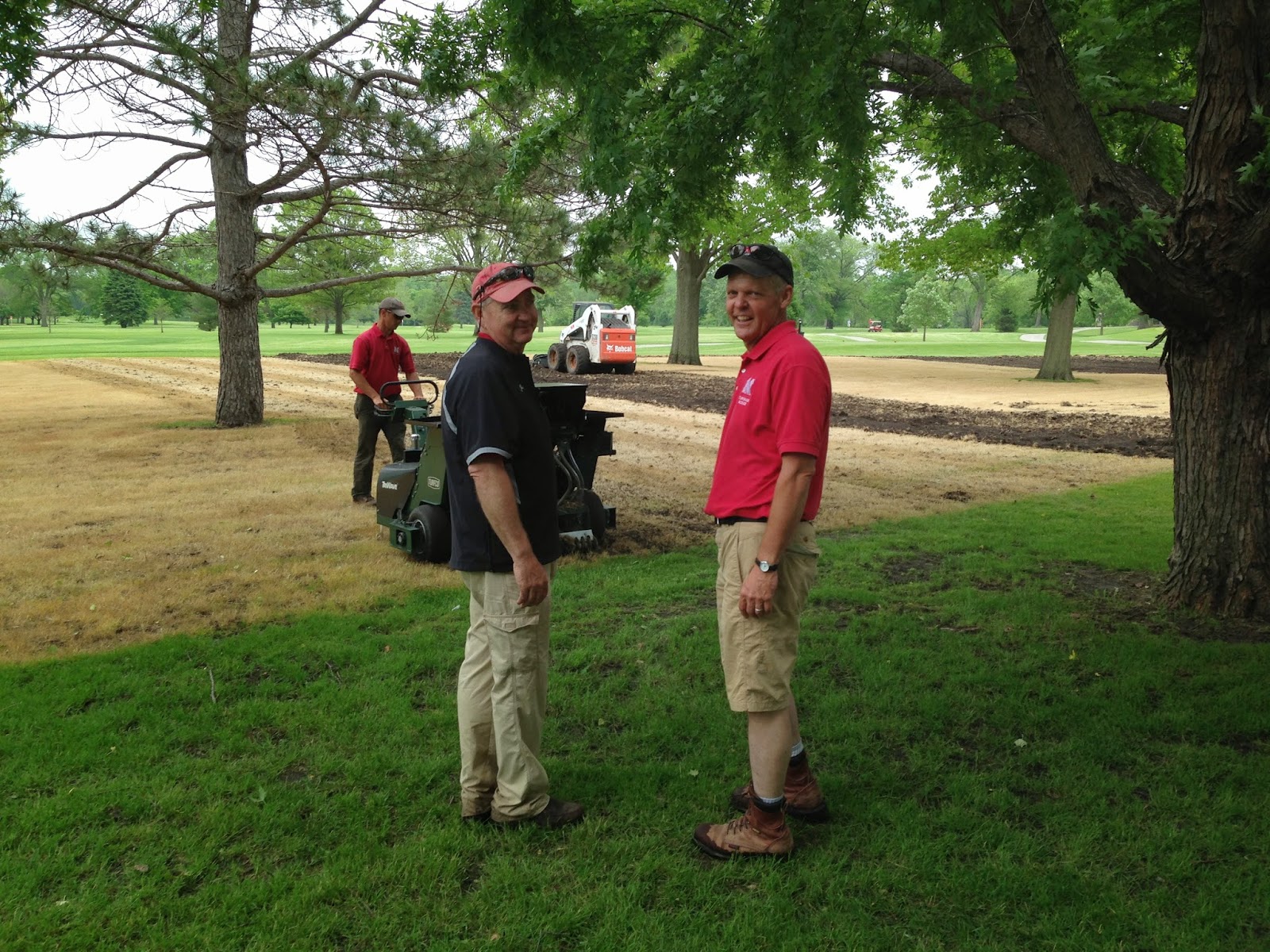 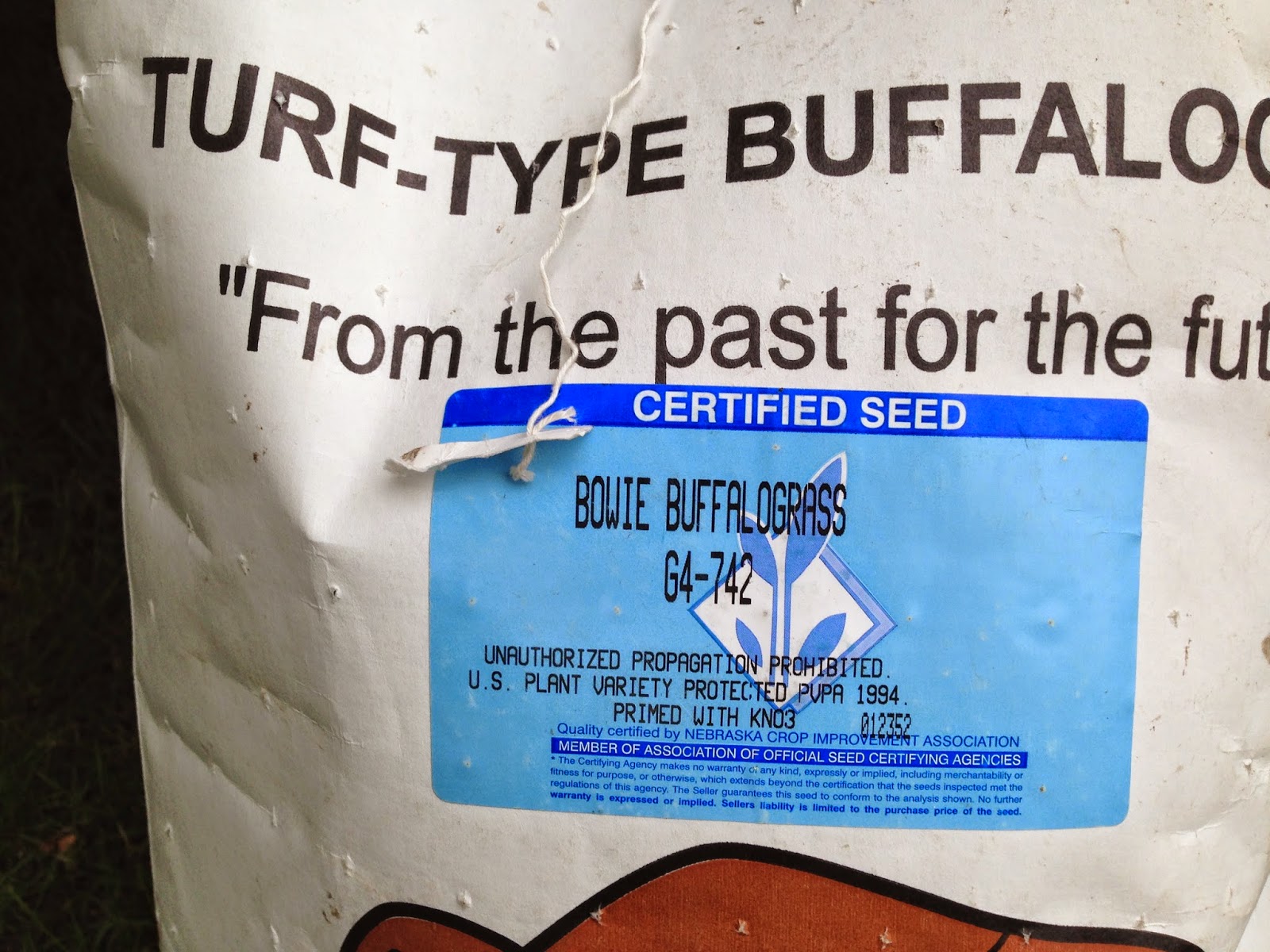 Tilled area in the background and slice-seeding in the foreground.

Areified area was seeded with a drop seeder. 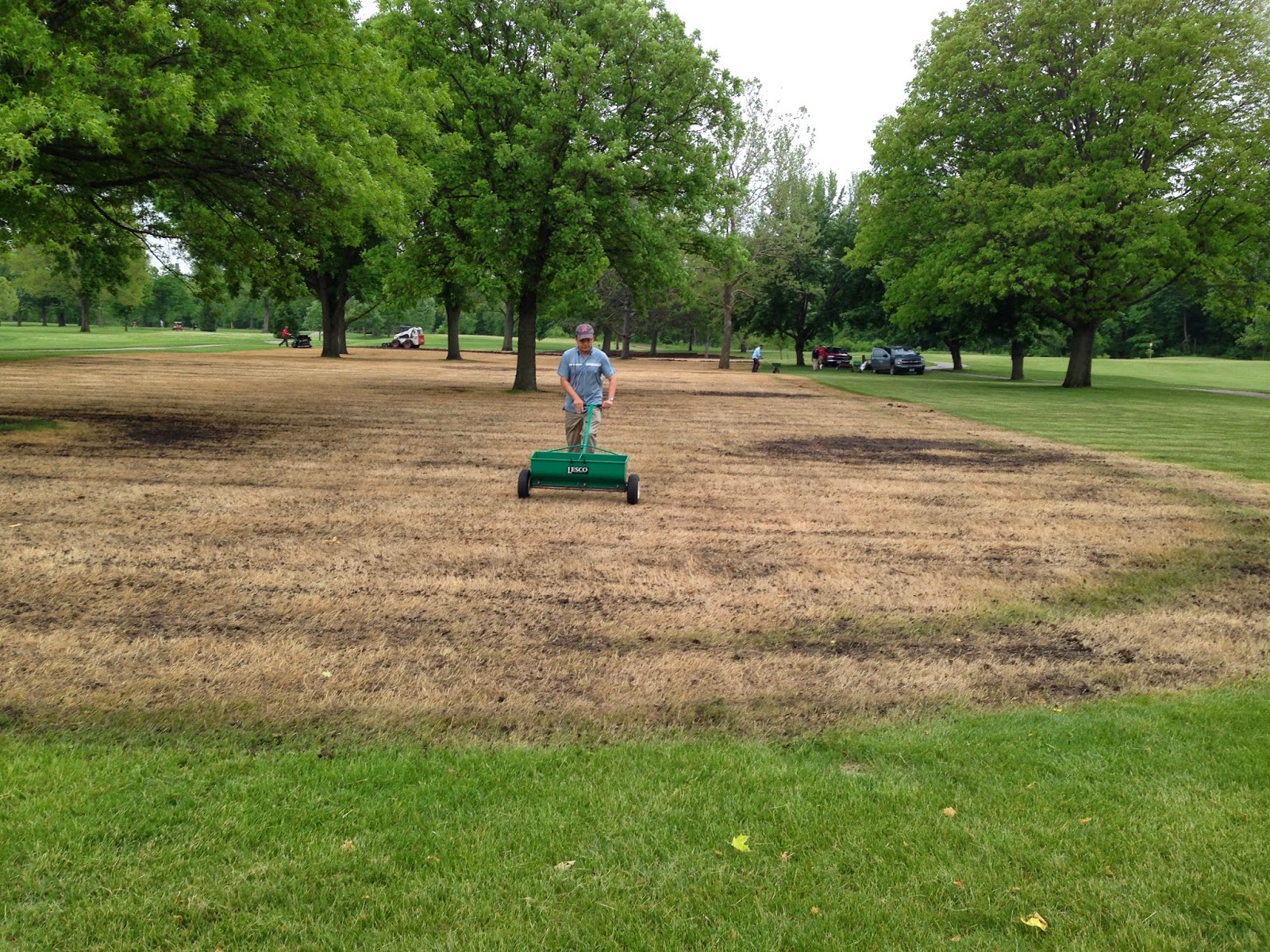 The area flooded in late June and was underwater for two days. 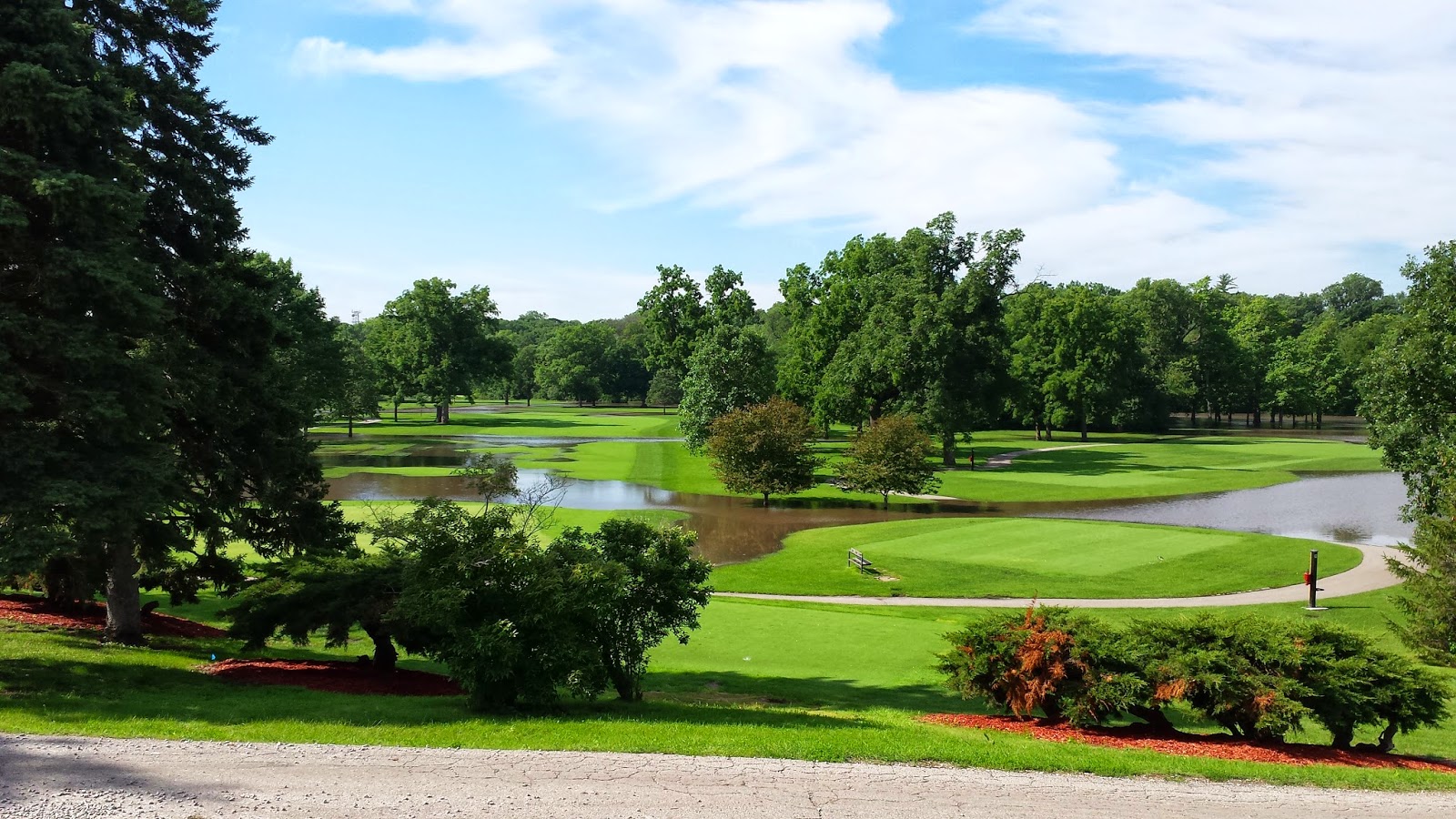 This is the site on July 16 (this morning).  The grass survived the flood well, except for one low area in the tilled area.  It is coming in well and the Tenacity has worked well on most weeds.  There is some prostrate spurge and yellow nutsedge, but most other weeds were controlled. 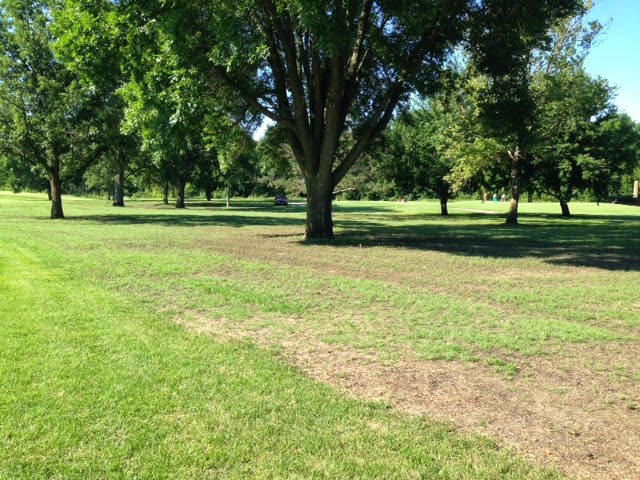