A Big Finish to a Big Week 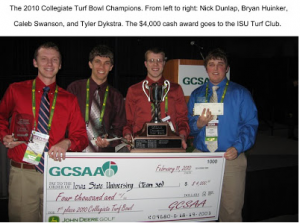 Conference season is always a whirlwind of meetings, educational seminars, and trade shows as far as the eye can see. Last week I was in San Diego attending the GCSAA Conference and Trade Show. I participated in the Golf Course Irrigation Auditor program which kept me busy the first two days of the conference. We performed an actual audit at a local golf course and learned how auditing can be a useful tool to fine tune an irrigation system for peak performance. 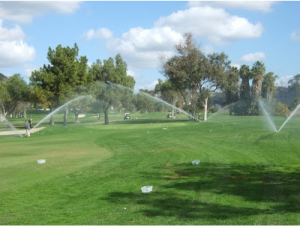 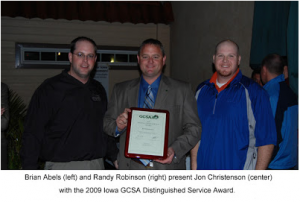 Thursday morning brought the much anticipated event for the students who made the trip as they were preparing for the 2010 Collegiate Turf Bowl Competition. This year’s competition consisted of 67 teams from 31 colleges and universities. John Deere sponsored the competition and awarded cash prizes to teams who placed in the top 10. A team from Iowa State University which included Nick Dunlap (Iowa City, IA), Tyler Dykstra (Sibley, IA), Bryan Huinker, (Lakeville, MN), and Caleb Swanson (Nevada, IA) took first place and the $4,000 cash prize.