Here is the latest 'stump the expert' weed.  It was found on the North side of Ames and submitted to our answer-line person, Richard Jauron.  Richard is pretty good at weed identification, but when he has something he doesn't know, he brings it to me.  I can generally get about 90% of them, but when I get something that I cannot identify, I recommend that Richard take it to our local weed scientist, Bob Hartzler.  Bob almost always figures them out.

Once or twice a year we get one that is so rare that it stumps us all.  That was the case this week with the weed below.  When that happens, we go to the curator of the herbarium in Bessey Hall, Deb Lewis.  Deb hasn't failed us yet on the really rare plants.

This one appears to be False Tarragon (Artemisia dracunculoides) also known as Dragon Wormwood, Dragon Sagwort. and Green Sagewort.  It is similar to the herb Tarragon, but does not have the taste or aroma that makes it desirable for cooking purposes.  The herb commonly used in French cooking is French Tarragon (Artemisia dracunculus), which has a similar appearance.

While it is found in Iowa, it is very rare.  This is the first one that I remember seeing.  We are on the eastern border of where it is commonly found.

Now, how do you kill it?  I would suspect that 2,4-D, MCPP, and Dicamba would not be good for it, but the picture below is from a lawn that had been sprayed with Trimec earlier and was weed free except for this patch and a Canadian Thistle.  I recommended that home owner ask his lawn care specialist to try a pyridine like triclopyr or fluroxypyr, but I'm not sure that these materials will work.

If anyone has experience in controlling this one, add a comment below. 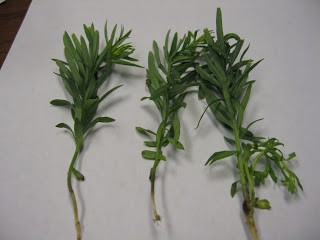 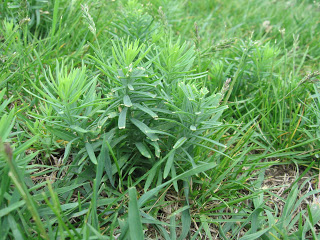 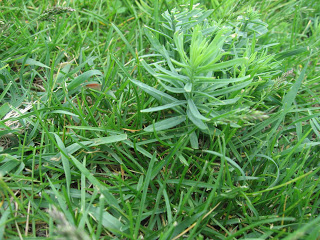 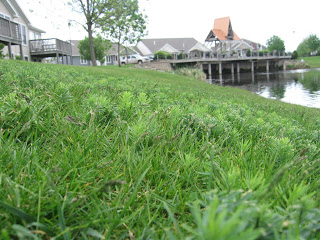 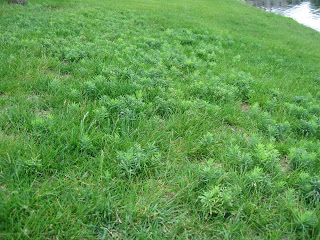 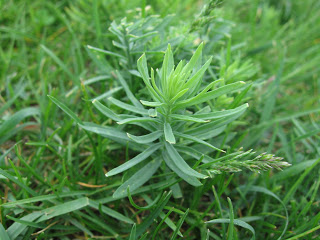 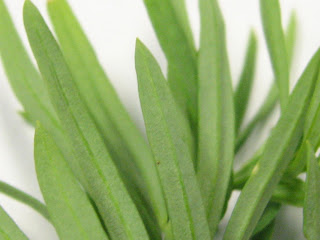