Annual Bluegrass (Poa annua) Control: So Where Do We Stand in 2014?

Here is my latest article on Poa Control.  The full version appears in the Canadian Groundskeeper at:   http://www.kenilworth.com/publications/cg/de/201411/files/6.html 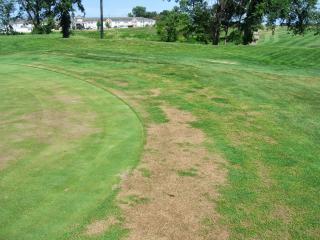 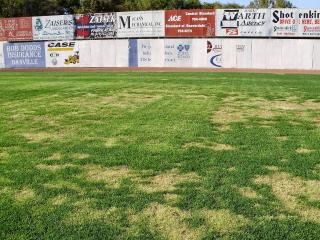 For more than 40 years, I have been involved in some way in trying to eliminate annual bluegrass (Poa annua) from turf areas.  My first experience with this weed was as a golf course superintendent in Southern Colorado in the early 1970’s.  I was also involved in research trials as a graduate student at Ohio State University.  For the past 35 years at Iowa State University in Ames, Iowa, I have conducted several experiments on the control of this species.

I have also had several opportunities to write about the subject.  My first major article was in Golf Course Management in 1996.  This was a lengthy article that covered 85 years of literature concerning attempts to control this species (Christians, 1996).  In 2008, I did an update on the subject 12 years after the first article (Christians, 2008).  While it doesn’t seem possible, another 6 years have passed and it’s time to take another look at what is currently happening in the industry.

Let’s begin by discussing why this species is so hated by turf managers.  The answer to that lies in its life cycle.  It is a technically a winter annual, which means that it germinates late in the summer and into the fall, lives through the winter as a mature plant, and in the spring it produces a seed crop and simply dies.  It is better adapted to low mowing heights than most of our turf species and tends to crowd them out at low mowing heights.  It can produce a quality stand of turf in cool and wet conditions, but the fact that it dies in mid-season when we want to use the turf area for golf or as a sports turf is a big problem (Fig. 1).  It can also produce seed at any time of year when it is actively growing, even at the lowest mowing heights.  I have observed Poa annua, or simply Poa as is it know in the industry, producing seedheads at a 2 mm mowing height in a creeping bentgrass green.  None of the other grasses that tolerate low mowing heights can do this.  This ability to produce seed gives Poa an ecological advantage over other grasses and it slowly takes over close-mown turf areas such as golf greens.  If all Poa annua were a true winter annual, we could control it with preemergence herbicides, but much of it is a weak perennial that can survive the summer.

In the Midwestern United States, we are seeing more Poa annua in sports turf areas.  More intense management regimes in recent years seem to be more favorable to Poa and I get more questions from sports turf managers each year concerning what they can do about it (Fig. 2 and 3).

I began my career as an optimist.  There were many new products to control the most difficult problems that the industry faced.  Systemic fungicides were just coming into use and there were a number of new insecticides and herbicides that were allowing us to do things that were not possible before.  Each turf show I attended highlighted a new herbicide for Poa annua control and I believed that it would only be a matter of time until this species would no longer be a problem.  I was wrong.  It is now 4 decades later and we are still searching for that herbicide or management strategy that will give us some relief from this relentless problem. My years of experience have left me less confident that we will ever find an answer to the Poa problem.  For reasons I will discuss later, it is likely that we will never see a completely effective “magic bullet” that will eliminate it.

In the last century of attempts to solve the problem, turf managers have tried a highly varied list of things to eliminate annual bluegrass from their turf.  The earliest attempt was to cut the Poa out of greens with a knife (Alexander, 1922). This process still goes on today and can be very effective on new courses or following renovation and reestablishment of greens.  However, it is very expensive and most courses cannot afford the labor bill for this intense process.  This was followed by using arsenic as a preemergence herbicide (Spague and Burton, 1937).  This was a surprisingly effective approach, however, the toxicity of arsenic to humans ended this practice in the mid part of the last century.  When the organic preemergence herbicides were released in the 1960’s and 1970’s, it seemed that they could be the final answer.  However, the seed for Poa can live for years in soil and plants will emerge every time there is an opportunity for germination, such as in a ball mark.  It was impossible to keep these herbicides at a high enough level on the surface of the soil to stop emergence.  There are also many perennial biotypes in most areas, and these types are not affected by preemergence materials.

The plant growth regulators (PGR’s) have gone through various phases in attempt to gain control.  The first attempt was to use the Type I materials, like Embark (mefluidide) to inhibit seedhead formation.  No seedheads, no Poa was the concept.  While embark was an excellent seedhead inhibitor, this strategy was not effective.  Again, seed can live in the soil for years and while Embark will inhibit seed production for a while, Poa can produce seedheads under nearly all conditions throughout the season.  Embark was also highly variable and could result in phytoxicity to the desirable grass.  The next phase was the use Type II PGR’s, or gibberellic acid (GA) inhibitors, such as Trimmit (paclybutrazon), and Cutless (flurprimidol) (Watschke, 1996).  These products are effective in selectively slowing the growth of the Poa in creeping bentgrass fairways.  Their use can be an effective as part of an integrated management program designed to discriminate against the Poa, but even under the best conditions, a significant amount of the stand remains Poa annua and this has not been the final solution.

There has been no limit to new postemergence, selective herbicides.  I have worked with nearly all of them since the late 1970’s.  While some appeared promising, and I occasionally got excited about the results, every one of them has had the same problem.  They work on some biotypes of Poa annua and not on others.  There are literally thousands of biotypes of this species.  While these biotypes are all genetically classed as Poa annua, they vary widely in their response to postemergence herbicides.  It’s not unusual to see multiple types on the same golf course and they clearly vary considerably over larger geographic areas.  This is Poa’s strength and our downfall.  It always has a way of getting around us.  If a product is found that controls 99% of the Poaon a given site (I rarely see more than 80% control) the remaining Poa that is resistant to the herbicide will produce seed and simply turn over the population. This is the primary reason why I have made the statement in earlier articles that I do not think that we will ever see the “magic bullet” herbicide that will completely take out Poa.  This genetic variability is the best guarantee of survival that a weed can have.

Another problem with many of the postemergence herbicides is their safety margin on the desirable grass.  One of the most effective postemergence herbicide that I worked with has been Prograss (ethofumesate).   This product is very effective at taking most Poa biotypes from perennial ryegrass.  The catch is the perennial ryegrass.  It easily damages bentgrass and Kentucky bluegrass.  In the limited geographic areas where perennial ryegrass fairways are used, this product, with an intense overseeding program in fall, can eliminated most of the Poa.

Tenacity (mesotrione), a recent postemergence material from Syngenta, can also be effective in some situations.  This product, though, is limited to use in Kentucky bluegrass.  It will kill bentgrass and can damage perennial ryegrass.  This product has had some success in Kentucky bluegrass sports fields, but again, the biotype problem with the Poa is a concern.  I have seen some promising trials and some that were less promising (Fig. 4). With Tenacity, persistence is important and more than one application within the limits of the label will be necessary.

Velocity (bisprybic-sodium) is another postemergence herbicide that shows promise for use in creeping bentgrass.  It was available when I wrote the 1996 article, but at that time my experience with it was limited.  Since that time, I have had a chance to work with it in a variety of situations and to observe its use under actual golf course conditions (See https://www.extension.iastate.edu/turfgrass/files/blog/imagesand search Velocity).  I generally get some yellowing of the bentgrass where this product is used, although this is not always the case.  There are clearly biotype differences in the response of Poa.  Some trials have worked well and others have not.  It can be effective and safe with repeat applications at low rates, but this is difficult and expensive and Velocity is clearly not the “magic bullet”.

The newest postemergence, selective product is PoaCure (methiozolin).  This product is also known in the industry in the United States as the “Korean product”.    It comes from Moghu Research Center in Korea.  PoaCure has a new mode of action and works by inhibiting cell wall formation (Anonymous, 2014).  This product has been very promising in early testing (Cross, et al., 2014).  It has been used under an experimental use permit (EUP) for limited testing in 34 of the United States this year.  They hope to begin marketing in 2016.  Following release in the United States, the company hopes to begin testing in Canada.   It has provided the best results of any new product that I have seen for many years.  However, as more results are being reported, it is evident that there is variability in its control of various Poabiotypes.  It still may play an important role in Poa annua control and I would recommend that superintendents try it on test areas to see how it works for them in their location once it gets to market.

To this day, the most effective solution to the problem of Poa has been the development of Roundup Ready creeping bentgrass (Christians 2003).  This method involves the genetic manipulation of creeping bentgrass.  Scientists from O.M. Scotts Co of Marysville, OH, and Monsanto Co. of St. Louis, MS have successfully inserted a gene into creeping bentgrass that makes the grass tolerant of Roundup (glyphosate) (Fig. 5).  Creeping bentgrass is normally susceptible to Roundup, as are most weeds found in bentgrass turf.  The susceptible species include Poa annua and this makes it possible to remove the Poa without damaging the bentgrass.  My students and myself did a lot of work at Iowa State on the concept and found it to be highly effective (Dant and Christians, 2004; Dant and Christains, 2005).  The sale of Roundup Ready bluegrass is still under review by the regulators in the United States federal government and to date, it has not been released.  This process is not without draw backs.  For instance, Poa annua could develop resistance to the Roundup over time.  However, this remains the most promising technology that I have worked with in my career and hopefully it will be released in the future.