As the story is told, “In 1985, four friends traveled to Scotland on a golf trip. The caddies were making wagers as these golfers stood on the tee. One caddie declared, "My money's on the wee one!" The "wee one", Wayne Otto, CGCS, our dear friend and colleague, passed away October 21, 2004 losing his battle to cancer. Wayne dedicated his life to the betterment of the golf maintenance profession he loved and the individuals who shared his passion. Through the perseverance and hard work of several friends of Wayne, the group developed its mission of helping those in need. Founded on the principles of assisting golf course management professionals (or their dependents) who incur overwhelming expenses due to medical hardship without comprehensive insurance or adequate financial resources, the Foundation has evolved into a cause that goes way beyond its initial reason for existence.” 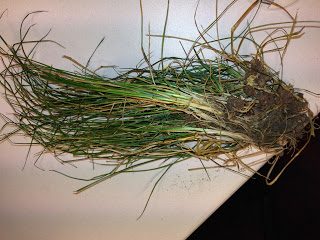 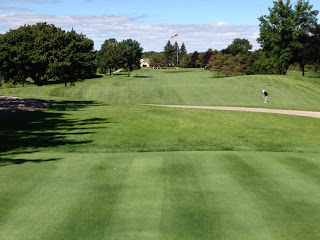 Since 2004, the Wee One Foundation has grown to over 350 members in 17 states. Even more valuable than the distance covered, is the amount of lives affected. Over $600,000 has been raised for families across the Midwest. I would like to personally thank everyone who put their time and effort into making yesterday’s event a success. It was truly a great event, for a special cause.