The USDA announced on May 23, 2019, that there will be a second Market Facilitation Program in 2019. This comes on the heels of the $12 billion MFP program implemented in 2018. The USDA announcement states that the administration is allocating up to $16 billion for the 2019 program, with up to $14.5 billion of that money used for direct payments to producers. These payments, of course, are intended to compensate U.S. farmers for harm flowing from the ongoing trade dispute with China. The remaining money will purchase surplus commodities affected by trade, and the Food and Nutrition Service will distribute those commodities to food banks, schools, and other groups serving low-income populations. 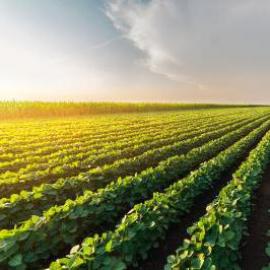 The announcement does not disclose a number of key details, including the payment rate for each commodity. It does, however, reveal that the 2019 program will differ from the 2018 program in significant way, particularly as to how payments will be calculated. The announcement reveals the following details:

The announcement states that the 2019 program may include three sets of payments. The need for the second and third potential sets of payments will be evaluated based upon market conditions and trade opportunities. Applications for the first set of payments should begin in late July or early August, as soon as practical after Farm Service Agency releases its July 15 crop reporting. Then if the administration authorizes second and third payments, they would be made in November and early January.

On May 31, CRS published a report outlining the proposed trade aid package.

Reprinted with permissions from ISU Center for Agricultural Law and Taxation