Remember Who Owns the Corn Stalks in Iowa

(Article reprinted with permission from the Center for Agriculture Law and Taxation, April 2015) 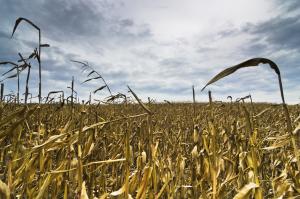 The Iowa Court of Appeals had the opportunity to interpret Iowa Code §562.5A, which, in the absence of a writing to the contrary, grants tenants the right to harvest corn stalks until the lease terminates. Little has been written about this law, which was enacted in 2010 in response to the growing value of corn stalks. Agricultural attorneys must be aware of this law and its impact on their clients. The recent case provides a good overview of its significant implications and sets forth key parameters for its application.

In the case before the court, the landlord had sold the property, proper termination notice was not sent to the tenant, and the lease was automatically renewed through the 2011 crop year. After the 2011 harvest, the new landlord entered the field to do fall tillage in preparation for the following crop year (when the tenant would no longer have the farm). The tenant argued that the landlord had destroyed the corn stalks that he wanted to harvest and withheld $7,117.50 from the $9,450 in rent that was due to the landlord in December. The tenant alleged that this was the value of the corn stalks.

The landlord filed an action seeking to recover the unpaid rent, and the tenant filed a counterclaim for trespass, breach of contract, conversion and unjust enrichment. The district court rejected the claims, finding that nothing in the lease (which was silent on the issue) prevented the landlord from conducting the fall tillage.

The tenant challenged the decision, and the Court of Appeals reversed and remanded the case. The Court made several important holdings:

Finally, the court found that the district court erred in rejecting the tenant’s trespass claim. “The landlord’s entry onto the land to plow the stalks interfered with the tenant’s statutory right and was a trespass,” the court stated. The court remanded for a determination of the proper amount of damages.

It should be noted that this was a cash rent lease. It is unclear how the case would be decided under a crop share lease.

This case illustrates another important reason for a written lease. Again, parties can eliminate the right granted to tenants by Iowa Code §562.5A. This must be done, however, through a writing.