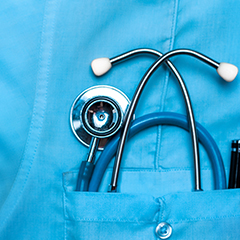 On April 2, 2018, Governor Reynolds signed SF 2349, into law. The new law is designed to address the mounting difficulties faced by many Iowans seeking to purchase health insurance on the individual market. Specifically, the law will provide two new healthcare benefit options for small employers and sole proprietors, the groups most impacted by Iowa’s healthcare crisis.

The law first creates Iowa Code § 505.20, a provision to allow Iowa Farm Bureau to offer new “health benefit plans” to its members. These plans would “be deemed to not be insurance” and would thus be exempt from Affordable Care Act requirements and Iowa Insurance Division regulation. The plans would be self-funded and subject to third-party administration by Wellmark Blue Cross & Blue Shield. Although the legislation does not name Farm Bureau or Wellmark, they are the only two organizations that meet the descriptions provided in the code. Because the legislation provides little detail, much remains unknown about what these “health benefit plans” would comprise. The Legislative Services Agency, in its Fiscal Note for the bill, estimates that the plans would cost roughly $5,000 per year per family. This is in contrast to an average of $17,000 per year per family for those ineligible for subsidies who purchased insurance on the individual market in 2018.

Proponents suggest that these plans would provide an option to those self-employed Iowans who can no longer afford individual healthcare coverage. They stress that the only other choice for many of these Iowans is no coverage at all. Opponents argue that allowing these plans would lead to further premium increases in the ACA-compliant market by drawing healthy people away from the individual market, leaving only high-cost insureds with pre-existing conditions. Anyone who joins Iowa Farm Bureau (for a $55 membership fee) would be eligible to apply for coverage under a new health benefit plan. Farm Bureau could turn away applicants who do not meet their underwriting standards. They could also base premium cost upon health status.

Many state legislators, as well as the Governor, have stressed that the difficulties states are facing with their individual health insurance markets is a federal problem that must be addressed by federal law. Because no federal law has been forthcoming, however, Iowa lawmakers have attempted to provide an interim solution for those Iowans who simply cannot afford a health insurance policy. In large part, these are Iowans who have always purchased their own individual health insurance coverage, long before it was mandated by federal law. In 2018, however, they were priced out of the market, largely because they made too much money to qualify for the generous federal subsidies. SF 2349 was modeled after a plan Tennessee put in place after the Affordable Care Act was enacted.

The second new health benefit option enabled by this legislation is an expansion of the availability of employer association health plans (AHPs). Under this section of the law, more small employers and sole proprietors will be eligible to join together to offer group health care coverage to their employees. These AHPs would comprise much larger risk pools than the standard small employer plans, presumably driving down the cost of the group health care plans these employers could otherwise offer on their own. One sick employee can significantly impact the cost of group health insurance for a small employer. This does not happen when risks are spread across many different employers.

The goal of employer AHPs is to allow small employers to enjoy the same administrative efficiencies, negotiation power, and risk pooling as larger employers. This, in turn, should increase affordable options for small employers wishing to provide coverage to their employees. Nearly all large employers offer health insurance to their employees. Although the Affordable Care Act provided a special Small Business Health Options Program (SHOP) through which small employers could offer health insurance to their employees, SHOP coverage simply did not take off. As of January 2017, only 233,000 employees and dependents throughout the country were insured under these plans. And while 47 percent of small businesses provided health insurance to their employees in 2000, only 29 percent were still providing that benefit in 2016. Such employees were left to find insurance on the ACA Exchanges or receive coverage under another plan, such as that of their spouse. In 2018, only one insurer offered coverage through the ACA individual Exchanges in about half of all U.S. counties. As discussed in prior articles, many individuals with income below 400 percent of the U.S. federal poverty limit continue to find affordable policies on the Exchange (although only Medica provides these policies in Iowa). Those whose income is above that level, however, cannot. That is why approximately 26,000 Iowans left the individual health insurance market in 2018.

President Trump cleared the way for increasing association health plan options by issuing Executive Order 13813, “Promoting Healthcare Choice and Competition Across the United States” on October 12, 2017. This Order directed the executive agencies to consider proposing regulations or expanding guidance to allow more employers to form AHPs. In response to this Order, the United States Department of Labor issued Proposed Rules, 83 Fed. Reg. 617 (January 5, 2018), to broaden the criteria under ERISA to allow more employers to form an AHP to offer group health coverage to their employees, former employees, and family members. Specifically, the Proposed Rules would eliminate the current requirement that members of the group or association must have a sufficiently close economic or representational nexus to the other members. In other words, the association would no longer be required to have business and organizational purposes and functions unrelated to the provision of health benefits. Under the Proposed Rules, associations could form and exist solely for the purpose of sponsoring a group health plan for their members’ employees. Likewise, the Proposed Rules allow sole proprietors without common law employees to qualify as employers eligible to join these associations. In other words, a working owner could join an association and enroll in AHP group health coverage instead of obtaining coverage on the individual market.

Although multiple employer welfare arrangements (MEWAs) (the regulatory term for AHPs) have been around for years, the current rules have restricted their usefulness. In Iowa, for example, only three MEWAs—the Petroleum Marketers and Convenience Stores of Iowa Trust, Iowa Bankers Benefit Plan, and the Cooperative Welfare Benefits Plan—currently exist. These groups have met the federal economic nexus requirements and have successfully provided self-funded group health insurance to their members’ employees for some time.

SF 2349 amends Iowa Code § 509.1 to allow associations generally meeting the guidelines set forth in the Department of Labor’s Proposed Rules to offer AHPs in the State of Iowa. The Iowa law also specifically allows employer members having a principal place of business in Iowa or the same metropolitan area, including a metropolitan area that crosses state lines, to form an association. Much of the detail of how these plans will work in Iowa will be dependent upon regulations that will be written by the Iowa Insurance Commissioner. The Commissioner is authorized to enforce compliance with the law, including enforcing solvency standards.

We will keep you posted as details unfold. It is unclear how long it will be before these new health care options are up and running.