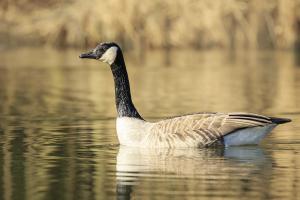 In February of 2018, wildlife biologists and veterinarians investigated the suspicious death of 32 trumpeter swans in a Clinton County wetland. What befell these icons of conservation in Iowa puzzled investigators, but in the end there was evidence to suggest that the toxic properties of lead the birds had accidentally ingested played at least an intervening role in their sudden death. Although trumpeter swan populations have been and continue to grow in Iowa, the sudden and unnatural death of those 32 swans, and other more isolated cases of lead poisoning deaths among other waterbirds, scavenging birds, and birds of prey across Iowa, has prompted interest in finding ways to reduce exposure and curtail these unnatural deaths.

The evolution of understanding lead poisoning in wildlife

The threat of lead poisoning in humans has been recognized for centuries while the threats posed to wildlife from discarded lead have been known since the late 1800s. Since then, incremental steps have been taken to understand how and why wildlife find lead in the environment and what factors put different species at greater risks. Pioneering research in the mid 1900’s on ducks, geese, and swans by a team of wildlife biologists in Illinois documented the widespread risk posed to those species by spent lead shot left behind in wetland soils. Research showed that these birds, and other species of birds like pheasants, quail, and mourning doves that have gizzards, were finding spent lead shot on the ground or just under the water’s surface and mistaking it for small rocks that they routinely eat to aid with digestion. Later in the 20th century, researchers first in Europe and then in the U.S. documented a similar exposure pathway among waterbirds including ducks, geese, and swans but also diving species like loons who were finding and eating pieces of lead sinkers lost by fishermen in ponds and lakes.

Later, wildlife biologists started to understand another important way that scavenging and predatory birds like eagles and vultures were accidentally ingesting lead from consuming small fragments left behind in the remains of animals shot with lead bullets. The most high-profile example of this exposure pathway was found in the critically endangered California Condor, a vulture-like bird that was flying long distances to feed on the remnants of hunter-harvested big game like deer and elk in their native range in the southwestern U.S. Using X-rays of gut piles left behind by hunters, wildlife biologists learned that when a lead bullet passes through an animal it leaves behind up to hundreds of tiny fragments of lead that when ingested along with the food provided by the gut pile could result in toxic dosing of birds. This same phenomenon documented among the condors plays out throughout the Upper Midwest when bald eagles become sick or die after scavenging the remains of hunter-harvested deer, deer euthanized after being struck on the road, or carcasses of other animals shot with lead bullets.

Although cases of wildlife exposure to lead from other sources such as lead paint, mine tailings, or discarded domestic or commercial uses have been documented, the overwhelming consensus among wildlife biologists is that the primary route of exposure among wildlife to lead is from discarded ammunition and fishing tackle. Further, birds are uniquely vulnerable to lead poisoning because of their unique digestive system that can make a small dose of lead result in extended exposure and symptoms.

The persistent challenge of mitigating lead exposure in wildlife

The regulation of lead used in hunting, shooting, and angling has been a contentious issue. In the late 1980’s and early 1990’s, policy makers decided to regulate use of lead shot for hunting of ducks, geese, and swans throughout the U.S. to help curtail poisoning among those species and eagles that were preying on birds that were shot but not recovered. Although widely seen as a success in limiting exposure among waterbirds, this regulation change was not without controversy and did not fully eliminate cases of lead poisoning in birds because many exposure routes remained.

Among those remaining exposure routes is the pesky reality that once in the environment, lead is there to stay. This brings us back to the swans found dead in Clinton County earlier this year. There is no way to know where exactly the lead shot those birds ingested came from, but it is possible that it was shot that remained from waterfowl hunters in the days before the lead shot hunting ban took effect in 1991. If this were indeed the case, lead fired by well-intentioned hunters in the late 20th century could be to blame for the poisoning of these swans thirty years later. There are indeed many other possible explanations for how the lead shot found its way into that specific wetland, but this plausible scenario demonstrates the potential legacy of actions taken today on wildlife, and the image of hunters, anglers, and shooters, well into the future.

What you can do to help

The good news is that there are non-lead alternatives available and research and development of non-lead ammunition is evolving rapidly. Hunters, farmers, shooters, anglers, and others can find non-lead substitutes for functionally every caliber or gauge of gun, or every fishing application, some in local retailers and others online. Many people have already made the switch to non-lead ammunition, eliminating their own role in introducing new sources of this toxic substance into the environment. Alternative ammunition types include solid copper or copper alloy bullets, steel, bismuth, or tungsten shot, among other materials marketed as ‘lead free’ or ‘non-toxic’ ammunition. Those early adopters are also leaders in the voluntary approach to addressing the challenge posed by lead contamination in Iowa, building on the rich conservation legacy of sportsmen and women in the state and throughout the U.S.

If you don’t hunt, shoot, or fish you can help too by talking to your friends and neighbors that do. Consider restricting use of lead-based ammunition on your own farm or property or at least encouraging people who hunt or fish on your property to be careful where they shoot.

If you use lead-based ammunition, be conscientious of where you fire shot, avoiding high concentrations of shot in any one area and especially near water sources. Also, ensure that scavenging animals like turkey vultures, eagles, crows, and others can’t access discarded carcasses and gut piles.