Iowa's Bats Need Your Help (and you need theirs)! 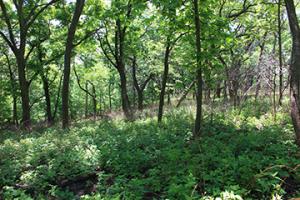 It’s easy to forget they’re mammals just like us. They give live birth, they nurse their young, they feed and sleep and do otherwise mundane things to stay alive and stay healthy. They’re also remarkably easy to forget, going about their lives in caves and forests and only sharing daylight with us in the waning hours of summer evenings. But, let there be no mistaking it, bats are important. And, in light of a long history of changes to forest habitats, new emerging pressures associated with energy development and an exotic disease-causing fungus that’s been wreaking unprecedented havoc on eastern populations in the last decade, many of Iowa’s bats are in trouble.

Bats are a boon for agriculture (and backyard picnics) 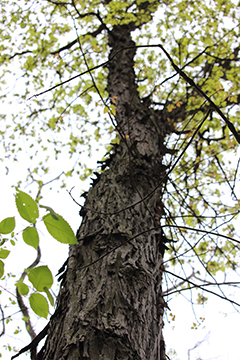 Nine unique species of bats call Iowa home. Although globally, bats consume diets ranging from the infamous affinity for blood among South America’s vampire bat, to the all-important nectar eating habits of long-nose bats (who we have to thank for much of the world’s tequila production), Iowa’s bats are all strictly insectivores, consuming diets of a broad range of insects during summer and fall. Among the preferred prey of Iowa’s bats are moths, beetles, and even biting insects like mosquitoes. Many of these prey species are also those that cause damage to crops or landscapes not controlled by natural forces or by farmers. One study on the diets of Iowa’s most abundant bat, the big brown bat, estimated that a single colony could consume enough adult cucumber beetles to reduce the number of their larvae – corn rootworms—by 33 million individuals. The same colony can also eat hundreds of thousands of other problematic bugs like stink bugs, scarab beetles, and leafhoppers. A study in Illinois excluded bats from corn fields and monitored the damage done to crops in their absence and estimated bats provide services to corn farmers equivalent to $1 billion each year by providing ‘free pest control’. Homeowners all across North America have taken advantage of bat diets as well, welcoming them to wooded yards with bat boxes or other natural habitats.

It’s never been harder to be a bat in North America and here in Iowa. Habitat loss, driven by intensive land uses for urban spaces and farms, has reduced the total area of forests where they roost and raise their young.  Meanwhile, the introduction of exotic forest plants and the complete cessation of natural forest fires has changed the composition and structure of Iowa’s forests in a way that makes them much less suitable for bats, which prefer open forests with a diversity of plants and insects. (Settlers consistently recounted being able to drive wagons through Iowa’s forests without hitting a stem, while today, thanks to the absence of fire and the introduction of aggressive exotic species, it’d be hard to throw a baseball through a forest without hitting a stem.) These two factors alone are challenges most of Iowa’s wildlife face and are enough to cause concern for the stability of bat populations. But for bats, that’s only the beginning.

Wind energy development, a point of pride and symbol of progress here in Iowa, seems to be posing an unintended challenge for bats, especially those that migrate and are accustomed to feeding and roosting in trees (so-called tree bats). Species like the hoary bat have been picked up by the thousands around wind turbines and scientists and wind energy companies are working hard to understand why turbines pose such a risk. And then, for the other category of bats, those that don’t migrate but rather use caves and rock crevices to hibernate during Iowa’s long winters, an exotic fungus with old-world origins somehow found its way to a cave in New York in 2006 and has been sweeping across the country leaving millions of dead bats in its wake. The fungus grows on the noses and wings of healthy bats and causes them to awake from hibernation in the dead of winter and ultimately leads to starvation (because Iowa doesn’t have much to offer an insectivore in February). The impacts of the fungus have been most dramatic where it has been present the longest, essentially forming a gradient of damage radiated out from the initial discovery area in New York. However, monitoring of hibernating bats just two states east of Iowa in Indiana has found upwards of 75% declines in that state just a few years after the first detection of the disease and all indications are the same will hold for Iowa’s hibernation areas in the eastern and southern edges of the state.

In light of the challenges facing Iowa’s bats and their importance to our economy and environment, biologists and concerned landowners across Iowa are looking for ways to help ensure bats can fight the challenges they face. And, as with most challenges we face in wildlife conservation, one of our most important tools is to create the right habitats for bats to thrive. The most fundamental element of bat habitat is healthy forests and research has shown that forested areas of all shapes and sizes, from rural forest fragments to city parks, count for bats. What types of plants are in the forest helps too. Bats like what biologists and foresters call ‘open canopy structure’ – open spaces in the tree canopy with well-spaced trunks underneath -- because it fosters a greater abundance of plants and insects and also makes for a good place for bats to deploy their echolocation feeding strategy.  Fortunately, in Iowa many of our forests naturally have an open canopy structure, owing to a number of factors including historical land use where forests now stand (such as old pastures), climate, and the trees that thrive here (namely oaks). However, stands of trees left unmanaged through fire or selective harvest or thinning often fill in overtime and are less productive for timber, acorns, and also bat habitat.

Invasive forest vegetation, especially exotic shrubs like bush honeysuckle or European buckthorn, can also degrade the quality of forests for many wildlife, including bats. A dense canopy of these exotic species inhibits growth of native trees and shrubs, reducing the diversity of vegetation and thus insects attracted to that vegetation. Efforts to reduce the spread and extent of invasive species in forests are important steps to ensure healthy forest habitats.

All of Iowa’s bats use trees for some part of their life cycle, either for roosting, feeding, or raising their young. For some species, such as the federally endangered Indiana bat, whole colonies of females give birth and raise their young in the loose bark of dead or living trees. Thus, one important step to protect those species is to avoid felling trees while young bats are unable to fly during May through July. In the same vein, it’s important to protect and promote alive and dead tress (called ‘snags’ by foresters and biologists) that have peeling bark and can provide suitable roosting habitat. Living trees that provide nice loose bark for roosting include shagbark hickories, white oaks, and silver maples, while any dead tree with falling off bark can help.

As we say for all wildlife challenges in the Midwest, every little bit helps. And everyone has a role to play. So regardless if you own one city lot or one square mile, planning for bat habitat through working for healthy forests for the future is important. It’ll ensure those curious distant creatures we enjoy sharing our summer evenings with will be there for generations to come.

To learn more about the history and current status of White-nose Syndrome and how it’s affecting bats in North America, check out this great story map.

Safely and humanely evicting bats that find their way into our houses is another important conservation measure. Learn more at this link from ISU Extension and Outreach.

The international non-profit Bat Conservation International has some great resources on bat conservation, including this article about building and placing your own bat houses.