Fall is a Great Time to Improve your Yard 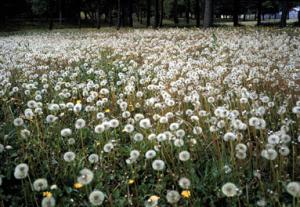 The fall is a great time to improve your yard, and get a head start on having a great yard in 2017. Fall fertilization is the most important fertilization you can apply to your yard, as the plant takes the fall feeding and stores the nutrients as food reserves for the upcoming growing season. Applications of fertilizer at a rate of 0.75 to 1 pound of nitrogen per 1,000 square feet in September and late-October/early-November (after the grass has stopped growing) will help give a better stand of turf in 2017. These fertilizations will also help thicken the turf in the yard so that there will be less space for weeds to germinate the next year. 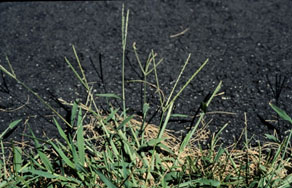 Some fertilizers have a broadleaf herbicide mixed in with them as a combination product. These fertilizers can combine feeding the lawn and weed control in one step. If using these herbicides, make sure you get a combination product that is labeled for postemergence control of broadleaf weeds and not a preemergence herbicide. Also to increase effectiveness, try to apply the product when the leaves are damp so the herbicide will stick to the foliage and be taken up by the plant.

If just a few weeds exist, the quickest way to control them might be just to pull the weeds by hand. Pulling weeds is most successful when the soil is damp and the entire root system can be removed. Newly seeded yards can also get lots of weeds in them from the seeds in the soil, but many of these will be removed with mowing overtime, so don’t stress over weeds in a newly seeded area. 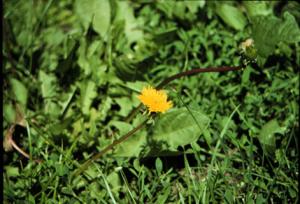 Perennial broadleaf weeds are best chemically controlled in the fall (late-September to early-November), when these plants are transporting carbohydrates from the leaves to the roots to prepare for winter. Late fall applications of herbicides are also less injurious to ornamental plantings and grape vines, since many of them have lost their leaves. Applications of a herbicide to the leaves of a broadleaf plant will be absorbed by the weed’s leaves and moved to the roots along with carbohydrates, resulting in death for the broadleaf. Some perennial weeds such as wild violets, ground ivy also known as creeping charlie, and buckhorn plantain are the hardest to control, and will take several applications of herbicide with lots of patience to control. Another added benefit of late-fall applications is that you don’t have to worry about the herbicide becoming a vapor a drifting, which can happen to some herbicides at temperatures over 85° F and high humidity. Also never spray on windy days to avoid herbicide drift. 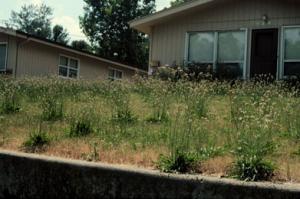 For best control of broadleaf weeds use products with a mixture of two or three herbicides, since no one chemical can control every broadleaf weed. Make sure to read the label and follow rates listed to avoid injury to any turf present, as well as to follow what safety precautions are necessary. Common broadleaf herbicides are: 2,4-D, dicamba, triclopyr, and mecoprop (MCPP). A mixture of two or three of these products will increase the chances of eliminating broadleaf weeds in your yard. Many broadleaf herbicides can be injurious to newly seeded lawns and weed control should be avoided until at least the second to third mowing after establishment. 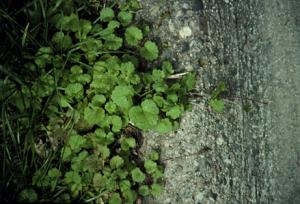 For clover, dandelion, and ground ivy control, new chemicals like topramezone and mesotrione will inhibit the production of chlorophyll (green pigments) in the plant and starve the plant to death. This causes the plant to have a white appearance as it dies. Both chemicals have low use rates, so read the label carefully if you intend to use these. These chemicals have shown a good bit of success in trials, and could offer another tool in the fight against hard to control broadleaf weeds.

A little effort in the fall can create a much more enjoyable yard for 2017.

Photo 1: Late-fall applications of broadleaf herbicides with 2-3 different chemicals offer great control against many common broadleaf weeds, and can drastically improve the lawn.

Photo 2: One of the most annoying weeds in lawns is smooth crabgrass, which is a summer annual and will die off with the first frost.

Photo 3: Dandelions, like those pictured here, can be a common broadleaf weed in many home lawns. Applications of broadleaf herbicides in the late-fall can remove these weeds for next season.

Photo 4: Buckhorn plantain can be a hard to control weed, and may take several falls of applying broadleaf herbicides to control. Photo credit: Dr. Nick Christians

Photo 5: New chemicals like topramezone and mesotrione offer hope for control of ground ivy or creeping charlie, by bleaching the pigment from the plants and starving them to death.