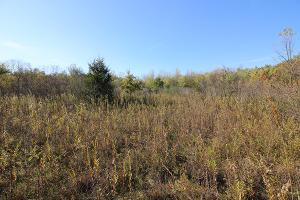 Perhaps the greatest reward for living in a place with four well-defined seasons is the marked return of spring. It’s now that the long, motionless days of winter are, seemingly overnight, replaced with the sights and sounds of species whose likeness we haven’t seen for months. While the site of a chickadee or deer on a cold winter day is a welcome reminder that we’re not in it alone, we are reminded that we’ve made it through another winter when flocks of geese, bound for the Arctic Ocean, grace the skies on the second warm day of March or robins flock to our yards and sing their melodious songs at day break. Another season is behind us and rapid changes are in the air.

If this spring revitalization were a cast of characters, I think we’d agree that geese and robins play the leading role. Their arrival is conspicuous and sudden and plays out in nearly every corner of the state. I pity anyone who fails to notice this act. But, playing supporting roles are a wide diversity of other wildlife, showcasing their smaller parts, often in specific geographies, present during short time windows or perhaps less conspicuous to the untrained eye. The chorus of breeding frogs in wetlands, the emergence of insects, the courtship display of countless birds and many other examples comprise this roster. But my favorite, and perhaps one of the most undervalued supporting characters in this annual revival, is the American Woodcock.

The woodcock’s show begins each year in the same sequence as the arrival of the geese and the return of the robin’s chorus. In shrubby grasslands or young forests, at dusk, the male woodcock begins his performance with a few unmistakable monotonous “peents” vocalizations that signal the bird’s intent to put on a show. Then, with the speed and ascent of a hobby rocket launch, the male shoots straight up into the air, 50-100 yards, nearly out of sight in the fading sky. He immediately follows with a vertical descent back to the launching pad, making what can only be described as kissing noises akin to schoolyard taunts, and a hollow whistling sound as the air sweeps past his uniquely shaped flight feathers during the fall. In an instant, the bird is back on the ground, peenting again and preparing for another launch. The show will go on until the light fully recedes over the horizon at which point it breaks until an encore performance the next night. And so it continues through March, April and portions of May until the heat of summer marks the passing of yet another season.

Male woodcocks engage in this annual behavior for the same reasons we can observe curious behaviors in a whole suite of other species: courtship. Females observe the nightly displays from nearby vantages and eventually, when impressed by the acrobatics of one male or another, move in on the displaying grounds for further inspection. The good news for us is that the females ordinarily welcome company in the gallery for the show, and human observers careful to not get too close can observe and enjoy these nightly displays played out in every corner of the state.

Aldo Leopold shared my fascination for what he called the “Sky Dance” in an essay of the same name in his iconic 1949 book “A Sand County Almanac.” There he captured a common sentiment among avid observers, that after learning of the display he and his family were “reluctant to miss even a single performance.”

This show has been playing out across Iowa, which defines the western border of the species range that drops off as eastern forests cede to the prairies of the Great Plains, for centuries. However, it is likely that the show plays in fewer theaters across the state each year as has been the documented case across much of the eastern part of its range. Here, and across the eastern United States, the woodcock finds fewer places to display each year. Woodcock need young forests or old prairies to live their lives. In an environment where we often focus on keeping grasses free of trees (for grazing or for other grassland dependent wildlife) and foster growth of maturing forests rather than cutting them or allowing new ones to grow up, we find fewer and fewer places for these and many other so-called early successional wildlife to thrive. Efforts are underway across the U.S. to bring back young forests and old prairies, and to acknowledge the unique value these areas bring to wildlife and the people that value them.

Landowners can help in this effort by learning about where young forests can fit on their land. A meeting with a professional forester or wildlife biologist will help interested landowners learn more about these ecosystems and approaches for restoring them.

But, one need not own land to enjoy the sights and sounds of a displaying woodcock. There is a much simpler way: Find a nice quite spot overlooking a recently harvest stand of trees or an aging grassland with a mix of shrubs and grasses on a county park or state wildlife area. Arrive as the sun is setting, and wait patiently, listening closely for that peculiar “peent,” announcing the show is about to begin. There you’ll have a front row seat to for what is perhaps the best-kept secret in Iowa, that mesmerizing Sky Dance.