AMES, Iowa – Summer is the right time for garden plants to bloom and produce a great harvest, perfect for preparing in the kitchen and enjoying at the dinner table. But when such plants don’t produce fruit, what can a gardener do?

Iowa State University Extension and Outreach horticulturists can answer questions about how to best handle low-producing garden plants. To have additional questions answered, contact the ISU Hortline at 515-294-3108 or hortline@iastate.edu.

My cucumber plants are blooming, but aren’t producing many fruit. Why?

Poor weather and the use of insecticides also can affect fruit set on cucumbers. Cold, rainy weather during bloom reduces bee activity. Fewer bees visiting the garden results in poor pollination and poor fruit set. Apply insecticides in the garden only when necessary to avoid harming bees and other pollinators. 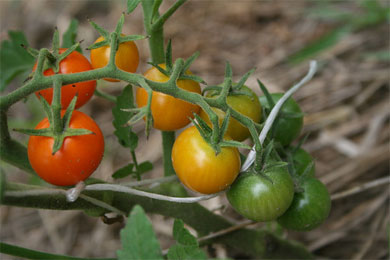 My tomato plants are flowering, but aren’t setting fruit. Why?

Why are my pepper plants blooming but not setting fruit?