AMES, Iowa - The weather has grown colder, but that doesn’t mean Iowans should ignore their trees until spring. Quite the opposite, in fact. Winter is the best time to prune oak trees in Iowa.

Iowa State University Extension and Outreach horticulturists offer tips on how to safely and smartly prune oak trees. To have additional questions answered, contact the ISU Hortline at 515-294-3108 or hortline@iastate.edu.

When is the best time to prune oak trees?

Winter (December through February) is the best time to prune oak trees in Iowa. Pruning oak trees in winter greatly reduces the risk of an oak wilt infection. 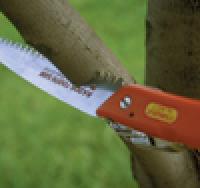 Oak wilt is a fungal disease that is lethal to many oaks. It can be spread from infected trees to healthy trees by sap-feeding beetles (“picnic bugs”). Oak wilt infections occur most commonly in spring and early summer, when sap-feeding beetles are very active. During this same time, oak wilt infected trees are producing masses of spore-producing fungal material (spore mats). These mats release a fruity odor that attracts sap-feeding beetles and other insects. As the beetles feed on the spore mats, spores often accumulate on the surface of their bodies. Sap that forms at the surface of pruning cuts made in spring or early summer may attract sap-feeding beetles that may have been previously feeding on an oak wilt infested tree. As the beetles feed on the sap of the pruning cut, fungal spores get into the fresh wound, infecting the tree. Pruning oak trees in winter greatly reduces the risk of an oak wilt infection as the beetles and fungal mats are not present at that time of year.

Should a pruning paint be applied to pruning cuts?

Generally do not apply a pruning paint or wound dressing to pruning cuts. The application of a pruning paint or wound dressing does not prevent wood decay and may interfere with the tree’s natural wound responses. However, oak trees are an exception to the no paint recommendation. To prevent the transmission of oak wilt, oak trees should not be pruned in spring and summer. If an oak tree needs to be pruned during the growing season, for example to correct storm damage, immediately (within 15 minutes) paint the pruning cuts with a latex house paint. Winter (December, January and February) is the best time to prune oak trees in Iowa. There is no need to paint the pruning wounds when oaks are pruned in winter.

Where should the pruning cut be made when removing a branch?

Do not make flush cuts when pruning trees. Flush cuts are pruning cuts made as close as possible to the trunk or main branch. They destroy the tree’s natural defense mechanisms that promote wound compartmentalization and callus formation.

What is the proper way to prune a large tree branch?

To prevent extensive bark damage, use a three-cut procedure when pruning branches that are greater than 1½ inches in diameter. Make the first cut 6 to 12 inches from the main branch or trunk. Cut upward and go about one-third of the way through the branch.  Make the second cut 1 to 2 inches beyond the first. Saw downward from the top of the branch. As the second cut is made, the weight of the branch will cause it to break at the pivot point between the two cuts.  (The initial, bottom cut prevents the branch from ripping off a large piece of bark as it breaks.)  Make the final cut just beyond the branch collar and branch bark ridge.