Yard and Garden: Planting Broccoli in the Home Garden

AMES, Iowa -- Broccoli is a healthy, versatile vegetable. Broccoli prefers cool growing temperatures and is typically planted in early spring for a late spring/early summer crop. Broccoli also can be planted in mid-July for a fall crop. Follow the recommendations of Iowa State University horticulture specialists for successful broccoli gardening. Contact the Hortline at hortline@iastate.edu, or 515-294-3108, with any additional questions.

Suggested broccoli cultivars for Iowa include: 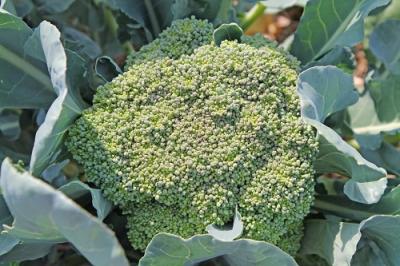 Sow broccoli, cabbage and cauliflower seeds indoors four to five weeks before the intended outdoor planting date. Start seeds indoors using a commercial germination medium. After the seeds have been sown, cover with an additional ¼ inch of material. Moisten the germination medium and keep it consistently moist. The optimum temperature for germination is 70 to 75 Fahrenheit. The seeds should germinate within five to seven days with consistent moisture and favorable temperatures. Immediately after germination, place the seedlings under fluorescent or LED lights in a cool (60 to 65 F) location. High light levels and cool temperatures will keep the transplants short and stocky. Transplant the seedlings into individual pots or plastic cell packs one week after germination. Harden (acclimate) the seedlings in a protected outdoor location for a few days prior to planting in the garden. Initially place the seedlings in a shady location and gradually expose the plants to longer periods of sunlight.

Broccoli, cabbage and cauliflower seedlings can be planted outdoors in early April in southern Iowa, mid-April in central portions of the state, and late April in northern counties. Plants purchased at a greenhouse or started indoors should be hardened outdoors for several days prior to planting.

Broccoli, cabbage, and cauliflower seedlings can also be planted outdoors in mid-July for a fall crop.