AMES, Iowa -- Iowa has five official symbols, as designated by the Iowa Legislature. These include the state seal, flower, bird, tree and rock. Official symbols represent the cultural heritage and natural treasures of each state. The eastern goldfinch is the state bird; the geode is the state rock. Horticulture specialists with Iowa State University Extension and Outreach share details about the state’s flower and tree. 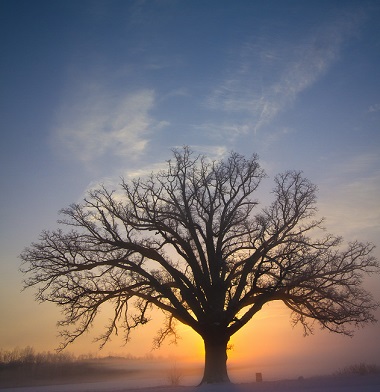 To have additional questions answered, contact the Hortline at hortline@iastate.edu or 515-294-3108. Hortline provides assistance to home gardeners on lawn, garden and ornamental questions.

What is the state tree of Iowa?

In 1961, the Iowa General Assembly designated the “oak” as Iowa’s official state tree. Twelve species of oak are native to Iowa. However, no specific oak species was designated by the legislature as the official state tree. According to the Iowa Official Register, “The Iowa General Assembly chose the oak because it is abundant in the state and serves as shelter, food and nesting cover for many animals and birds. It is difficult to find a tract of natural woodland in Iowa that does not have in it at least one species of oak. No other group of trees is more important to people and wildlife. Acorns, the nuts of oak trees, are a dietary staple of many animals and birds. Deer, wild turkeys, pheasants, quail, wood ducks, raccoons, squirrels, chipmunks, blue jays, nuthatches, grackles and several kinds of woodpecker are a few of the species that depend on acorns for a significant portion of their diet.”

What is the state flower of Iowa? 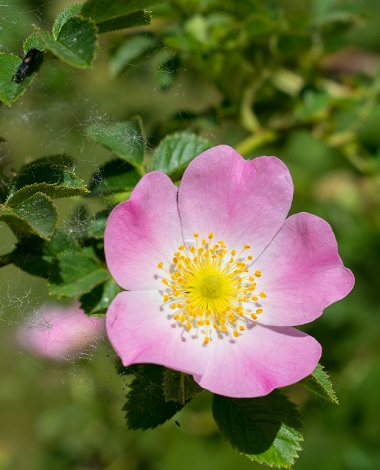 The 26th Iowa General Assembly designated the “wild rose” as the official state flower in 1897.  Several rose species are native to Iowa. However, the legislators choose the broad term “wild rose” rather than a specific rose species. In 1896, the Iowa legislature selected the wild rose as the motif on a silver tea set presented to the U.S. Navy and used on the battleship USS Iowa (BB-4), a pre-dreadnought battleship. A year later, with the support of the State Federation of Women’s Clubs, the legislature designated the wild rose as the state flower of Iowa.

Native (wild) roses are found throughout the state from open woodlands to roadsides to native prairies. The small woody shrubs bloom from June through late summer. Flowers are up to 2.5 inches across, consist of five petals and range in color from pale pink to rose pink. Numerous yellow stamens are located in the center of each flower.