AMES, Iowa – Seeds germinate fast when the soil is already nice and warm, which makes late summer a good time to rejuvenate lawns and plant fall vegetable crops of spinach, lettuce, peas and kale. Or plant a new tree. ISU Extension and Outreach horticulturists share tips on late summer and early fall plantings in the yard and garden. 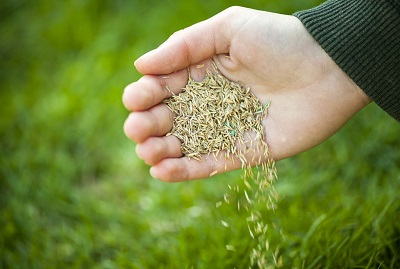 When is the best time to sow grass seed in Iowa?

Mid-August to mid-September is the best time to seed new lawns and overseed existing lawns in Iowa. A late summer seeding has several advantages over spring seeding. The seeds of cool-season grasses germinate quickly in the warm soil of late summer. The warm days and cool nights of early fall promote rapid turfgrass growth. The growing grass also has less competition from weeds as few weed seeds germinate in late summer or fall.

Is late summer/early fall a good time to plant trees?

Mid-August through September is an excellent time to plant pine, spruce and other evergreens. (Evergreens planted in late October or November may not have adequate time to become established before the onset of winter and could be subject to desiccation injury and death.) Deciduous trees and shrubs can be planted from August through early November.

Water newly planted trees every day for three or four days and then gradually reduce the frequency of watering. When watering, slowly apply water to the rootball and the surrounding soil. A thorough watering every seven to 10 days (in dry weather) should be sufficient three to four weeks after planting. Continue watering until the ground freezes in winter.

Can perennials be planted in late summer?

Late summer/early fall is an excellent time to plant many perennials. It is also a good time to move or divide perennials, such as peony, daylily, garden phlox and Oriental poppy. Perennials planted in late summer or early fall should be mulched with several inches of straw, pine needles or other materials in late fall. Mulching helps prevent repeated freezing and thawing of the soil that may heave plants out of the ground. Drying of the exposed plant crowns and roots can cause severe damage or death.

Which vegetables can be planted in late summer?

Several vegetables can be planted in late summer for a fall crop. For a fall crop, plant beets, carrots, Swiss chard, kohlrabi and kale in early to mid-August, plant leaf lettuce and spinach in late August to early September, and plant radishes from mid- to late September.

Seed germination in late summer is often rather poor due to dry soil conditions. To promote seed germination, plant fall vegetables when the soil is moist after a rain, sow the seeds slightly deeper than spring plantings and lightly water the row after the seeds have been sown.