Yard and Garden: Knowing When to Prune Shrubs

AMES, Iowa – Pruning is the selective removal of specific plant parts for the benefit of the whole plant. Pruning shows both the art and science of horticulture. Knowing exactly when to prune is essential when taking care of shrubs to ensure a successful growth.

Horticulturists with Iowa State University Extension and Outreach provide information on when it is the best time to prune shrubs. To have additional questions answered, contact the ISU Hortline at 515-294-3108 or at hortline@iastate.edu. 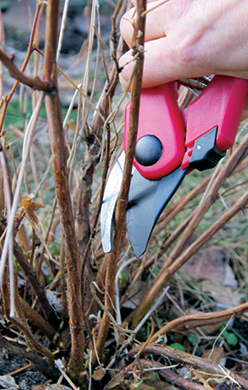 When should I prune spring-flowering deciduous shrubs?

The best time to prune healthy, well-maintained spring-flowering shrubs is immediately after flowering. Healthy, well-maintained shrubs should require only light to moderate pruning. Pruning immediately after flowering allows gardeners to enjoy the spring flower display and provides adequate time for the shrubs to initiate new flower buds for next season.

When should I prune summer-flowering deciduous shrubs?

When should I prune “non-flowering” deciduous shrubs?

All shrubs flower. However, the flowers of some deciduous shrubs, such as winged euonymus (burning bush), alpine currant and fragrant sumac are small and inconspicuous. These shrubs possess attractive foliage, fruit, bark or some other ornamental feature. Prune shrubs with inconspicuous flowers in late winter or early spring before growth begins.

When should I prune evergreen shrubs?

To have additional questions answered, contact the ISU Hortline at 515-294-3108 or at hortline@iastate.edu.