AMES, Iowa – February has brought unusually warm temperatures across Iowa, with record highs topping the 70-degree mark. However, it won’t last forever. Winter temperatures will return, but that could confuse trees, shrubs and plants which flower earlier than normal. Will this cause problems?

ISU Extension and Outreach horticulturists can help answer your questions about premature-flowering trees, shrubs and perennials. To have additional questions answered, contact the ISU Hortline at 515-294-3108 or hortline@iastate.edu.

Will trees and shrubs be seriously harmed if they begin to leaf out and are then subjected to freezing temperatures?

The most visible damage will likely occur on spring-flowering trees and shrubs. Freezing temperatures may damage or destroy the flowers on pussy willows, magnolias and other trees and shrubs that bloom in early spring.

Freezing temperatures may also damage or destroy newly emerged foliage. Fortunately, trees and shrubs have the ability to leaf out again if the initial growth is damaged or destroyed. Healthy, well established trees and shrubs should not be greatly harmed and will produce additional growth within a few weeks. Good care during the remainder of the year, such as watering during dry periods, should aid the recovery of trees and shrubs planted within the past 3 to 5 years. 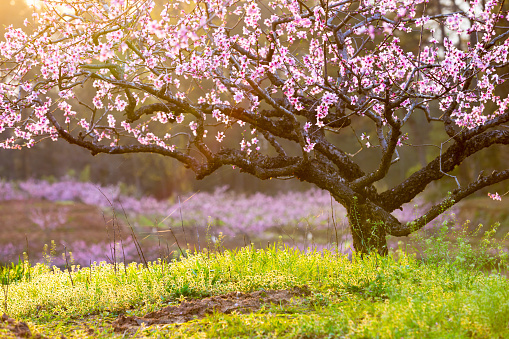 The extent of damage will be determined by the plant species, stage of flower development and temperature. Apricots and peaches are more prone to damage from a spring freeze as they bloom earlier than apples, pears and tart cherries. At full bloom, a temperature of 28 degrees Fahrenheit will kill approximately 10 percent of the flowers on apple trees, while a temperature of 25 degrees will kill approximately 90 percent of the flowers.

A late freeze may drastically reduce the size of the fruit crop. However, the trees themselves should not be seriously harmed.

What effect will freezing temperatures have on newly emerged perennials?

Freezing temperatures may damage or destroy the newly emerged foliage of bleeding heart, hosta, columbine and other perennials. However, their roots and crowns should be unharmed. The damaged perennials should send up a second flush of growth in a few weeks. Good care in spring and summer should help the perennials recover.