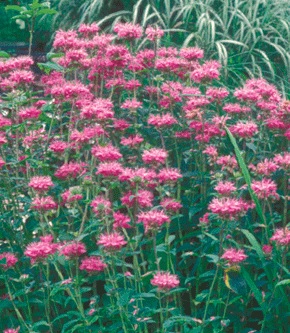 AMES, Iowa – Herbaceous perennials are commonly divided for three reasons: to control size, to rejuvenate plants and to propagate a prized perennial. Vigorous perennials may grow so rapidly that they crowd out neighboring plants in the flower bed. Other perennials decline in vigor if not divided at the appropriate time. One of the easiest ways to propagate a prized perennial is to divide the plant into two or more smaller plants. Iowa State University Extension and Outreach horticulturists offer tips on dividing perennials. For more information, contact the ISU Hortline at 515-294-3108 or hortline@iastate.edu.

Do I need to divide the perennials in my garden?

Some perennials, such as garden peonies, can be left undisturbed for 50 or more years. Others need to be divided periodically to contain their spread or to rejuvenate declining plants. Perennials, such as gooseneck loosestrife (Lysimachia clethroides), obedient plant (Physostegia virginiana), and bee balm (Monarda didyma) are vigorous growers. They grow so rapidly that they begin to crowd out neighboring plants within a few years. Gooseneck loosestrife and other vigorous growers should be divided every two to three years. After dividing the perennials, replant some of the divisions, give others to relatives or neighbors, and discard remaining plants in the compost pile. In contrast, the performance of some perennials, such as bearded iris (Iris hybrids), begins to decline after several years. If not divided every three to five years, bearded irises become overcrowded and don’t bloom well. Declining perennials should be divided to rejuvenate the plants.

Which perennials can be divided in spring?

In early spring, dig up the perennials just as new growth begins to appear. Divide each plant clump into sections with a sharp knife. Each division should contain several shoots and a portion of the root system. Immediately replant the divisions. Keep the newly divided perennials well-watered through spring and summer. Most newly divided perennials don’t bloom well until their second growing season.

How often can I divide perennials?

When to Divide Perennials

The Garden Guide to Midwest Annuals and Perennials