Yard and Garden: All about Thanksgiving Foods

AMES, Iowa – Thanksgiving dinner tables offer a variety of foods from a variety of places. What are some of these foods made of and which varieties actually wind up on the plate? Iowa State University Extension and Outreach answers a few of these queries this week. 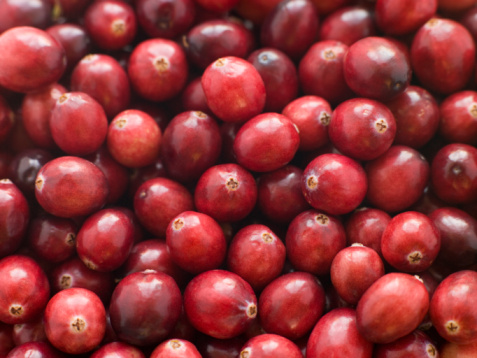 Where are cranberries grown commercially?

According to the United States Department of Agriculture, Wisconsin is the leading producer of cranberries in the United States. Cranberry production in Wisconsin is located in central and northern parts of the state. The state of Wisconsin produced 4.85 million barrels of cranberries in 2015. (A barrel weighs 100 pounds.) Other 2015 cranberry production totals include Massachusetts (2.35 million barrels), New Jersey (595,000 barrels), Oregon (562,000 barrels) and Washington (198,000 barrels). Cranberries are processed into juice or sauce, dried or sold fresh to consumers.

Are yams another name for sweet potatoes?

Dry-fleshed types usually have a light yellow skin and pale yellow flesh. When cooked, they are dry and crumbly, much like a baking potato. Moist-fleshed types typically have a dark orange skin, orange flesh, and are moist and sweet when cooked. In the United States, the moist, orange-fleshed types are the most commonly grown sweet potato and often are referred to as “yams.”

True yams (Dioscorea spp.) are vining plants in the yam family. They are native to Africa and Asia. Yams are long, cylindrical, underground tubers with a rough, scaly skin. Tubers can be several feet long and weigh 50 pounds or more. Yams are not commonly used in the United States. However, they are popular in Latin American countries.

Is canned pumpkin made from a mixture of butternut and other squashes?

The terms pumpkin and squash are rather confusing. Pumpkins are a member of the Cucurbitaceae family, which also includes squashes, cantaloupes, cucumbers, watermelons and gourds. A pumpkin is a type of squash. The definition of pumpkin is based on the fruit’s appearance and use rather than a botanical term. A pumpkin is typically round with a smooth, hard, slightly ribbed, deep yellow to orange skin. Pumpkins have culinary and ornamental uses.

The word pumpkin originated from the Greek word pepon, which means large melon. This word was adapted to pompon by the French, pumpion by the English and finally to pumpkin by the American colonists.